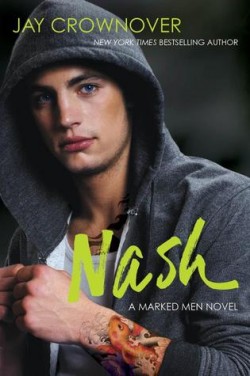 “The men in this series are all great guys, the type that will make you fall in love.  NASH was exactly that!” ~Under the Covers

I have been anticipating this book since Nash ran into Saint at the hospital in the previous book.  There’s just something about two people that knew each other back in high school when they were completely different and then they run into each other again later in life.  It feels like a second chance at love for them and in this case, it sort of was.  Saint had a massive crush on Nash from back then, and he actually determined a lot of things in her life with his supposed rejection.

Nash has an immediate attraction to the quiet and stunning nurse, and is intrigued by the fact that she seems to be avoiding him like the plague when all he remembers is trying to be nice to her back in school.  But even though she’s giving off all kinds of back off signs, Nash goes for it and tries to get close to her.  As prickly as she is.  That, I have to say, I loved.  It would’ve been really easy with everything Nash is dealing with to just push Saint away or not make the extra effort to get her.

Nash was probably my favorite thing about the book.  He just got dumped so much on him and his whole life seems shaken up.  He needs a rock to steady him and in some ways that’s what Saint does.  It was great to see him step up and grow up.

Saint had many qualities I liked, but also a lot of insecurities.  Some of those insecurities really got in the way at times, especially when it came to her confidence in her appearance and on Nash’s relationship.  After a bit I just wanted to shake her up and tell her to open her damn eyes.

The men in this series are all great guys, the type that will make you fall in love.  NASH was exactly that!  I love the sense of community and family that these friends have.  It’s a tight group, where they are all there to support each other.  And ultimately when one falls in love, they include that girl in the circle with open arms.  I think that was just what Saint needed.  Some love and that feeling that she belongs.

I can’t say Nash was my favorite in this series, but it’s still a great installment.  And it’s opening up the door for another great book I’m highly anticipating, one with a heroine with some spark.  I can’t wait! 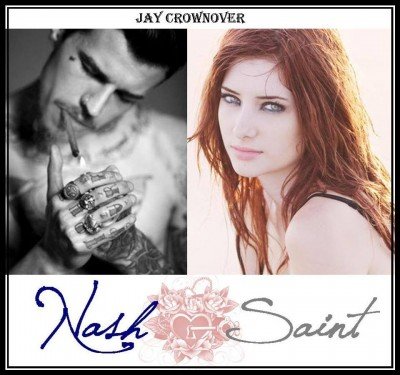 Will their past determine their future?

Saint Ford has worked hard to achieve her childhood dream of becoming of nurse. Focused on her work and devoted to her patients, there’s no room for love. She doesn’t need a guy making waves in her calm, serene life—especially when he’s the unforgettable hottie who nearly destroyed her in high school. Dark, brooding Nash Donovan might not remember her or the terrible pain he caused. But he turned her world upside down . . . and now he’s trying to do it again.

Saint has no idea that Nash isn’t the cocky player he once was. Uncovering a devastating family secret has rocked his world, and now he’s struggling to figure out his future. He can’t be distracted by the pretty nurse he seems to meet everywhere. Still, he can’t ignore the sparks that fly between them —or how she seems so desperate to get away from him. But the funny, sweet, and drop-dead gorgeous Saint is far too amazing to give up on—especially since she’s the only thing in his life that seems to make sense.

When Nash discovers the truth about their past, he realizes he may have lost her heart before he could even fight for it. Now, Saint has to decide: is Nash worth risking herself for all over again? 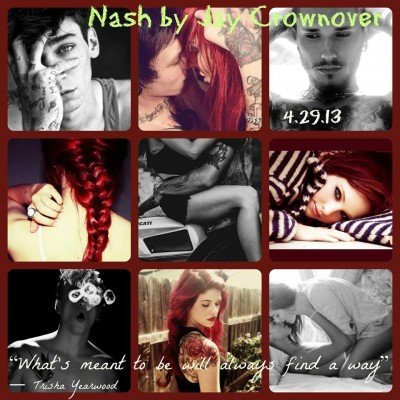 Check out the review tour schedule 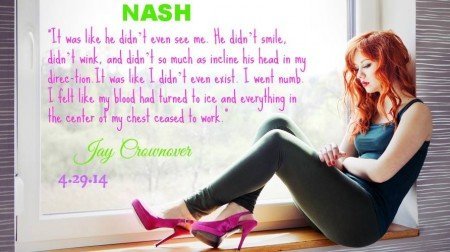 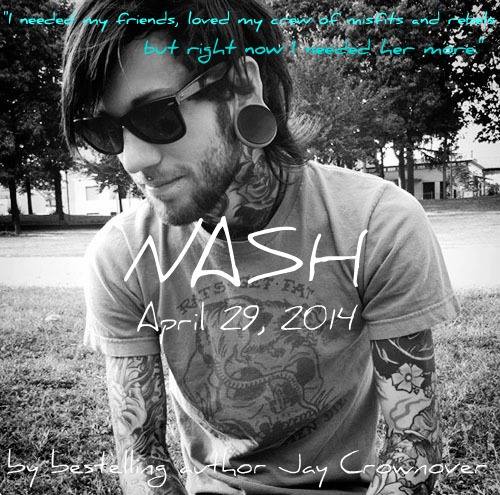 I have the first book of this series on my TBR pile and the others on my wishlist but haven’t started reading them yet.