Welcome back! Since your last visit you’ve announced a new series called Partners in Play. Could you please share what the series is about?

Daniel Covington sounds like a complex, alluring character. What was it about him that made you want to write about him?

Daniel’s the unspoken leader of the group. He’s the cornerstone, the Dominant every submissive wants. What intrigued me about him were the different facets of his personality. We meet him first when he’s with his grandmother buying flowers for his niece and the next time we see him, he’s training a new Dominant. He’s alpha male to the core, but he’s got a surprisingly sweet side, too.

What would you say is Daniel’s greatest strength? What is his weakness?

I think his greatest strength is his ownership of who he is. Because he’s comfortable and confident in himself, he naturally assumes the leadership role. He’s able to give Julie the guidance she needs without being overbearing. Likewise, when a line’s been crossed, he’s not afraid to ensure it’s dealt with. As for weaknesses, I think he acted in haste a time or two. But then again, haven’t we all?

For readers of your Submissive Trilogy, how would you say this story will be different?

Daniel and Nathaniel are very different characters. While Nathaniel felt like he couldn’t be both a Dom and a lover, and struggled to find that balance, Daniel has no such misgivings. His attitude is very much, “This is who I am and I’ll make no excuses for it.” Likewise, Abby and Julie are different. In SEDUCED, we see Julie’s gradual acceptance of her sexual needs, whereas in THE SUBMISSIVE, we never explored that part of Abby’s journey. Daniel and Julie come together first as lovers and then explore D/s. Nathaniel and Abby do it the other way around.

Do you have any particular scene or quote from SEDUCED BY FIRE that brings up a good memory of writing it?

In my acknowledgements, I called SEDUCED my open window when a door closed. I’m not exaggerating when I say the entire story was fun to write from start to finish. Daniel and Julie have a chemistry that made me want to explore it more. But interestingly enough, there’s a scene toward the end that involves another couple and that’s the scene that sticks out the most for me. It was one of those, “Whoa, whoa, WHOA!” moments that just happens and you’re giddy with excitement because everything clicks into place and things you didn’t understand make sense. I actually had to tone the scene down for fear it would overshadow Daniel and Julie.

What does a typical writing day look like for you?

I’m fortunate enough to write full time, so my day starts as soon as I get the kids off to school. During the day I’m writing, editing, researching, or doing a combination of all three. I type horribly slow, though, so when I’m actually writing, my goal is 2,000 words a day. I’ll admit I have a tendency to edit while I write and that’s another reason why I typically manage 2000.

What are the type of books you like to read? Care to share your favourite titles and why they resonate with you?

I read just about anything, but my favorites are a captivating love story or a thriller that keeps me up at night. A few memorable reads are FEVER by Maya Banks and HIGH TREASON by John Gilstrap.

I found the couple set up in FEVER fascinating. Talk about your Cinderella story! A homeless woman and a billionaire? Yes and please!

John Gilstrap is one of my few autobuy authors. The pacing in his novels is non-stop and he never fails to keep my complete attention. HIGH TREASON involves the kidnapping of the First Lady, who may or may not be a terrorist. I’m not sure I blinked while I read it.

What’s next for Tara Sue Me?

I’m currently finishing up the third Partners in Play novel (Cole and Sasha) and I haven’t decided yet if I’ll continue the series. If I do, I have a pretty good idea of the next two couples. I also have two novellas I’m working on and a Women’s Fiction work that, as of now, doesn’t have any open door sex (I know, right?). Tara Sue Me became a worldwide phenomenon with the Submissive Trilogy. Now she presents a scorching tale about a risky passion too hot to ignore.

Despite being familiar with the different games people play in the bedroom, she’s never given in to her curiosity about putting her body in someone else’s power—until a chance meeting with Daniel Covington, the seductive Senior VP of Weston Bank, draws her into a titillating new world of sexual experience, one that she never knew she desperately needed.

Daniel is highly respected within his community, but he hasn’t had an exclusive relationship for over two years. Yet Julie’s eager innocence is driving him to the brink of ecstasy, making him rethink his feelings about commitment.

As their sizzling connection heats up, Daniel is ready to take Julie fully under his command. But when the dangerous side of their play rears its ugly head, Julie will have to decide if she trusts him enough to surrender completely—or if she should escape before she gets burned… 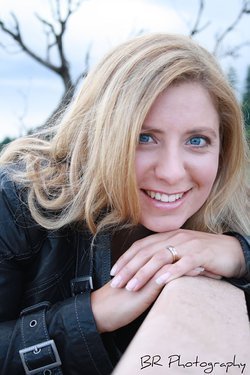 Thanks for the interview, my library has some Tara Sue Me’s books so I am going to check it out.

Great interview! This was the first book of hers I’ve read and will definitely follow this series!

I don’t leave a bunch of remarks, however after looking at through a few of the remarks here Interview with Tara Sue Me | Under the Covers Book Blog. I do have some questions for you if it’s allright. Is it simply me or does it appear like some of these responses look as if they are coming from brain dead visitors? 😛 And, if you are posting on other places, I would like to keep up with you. Could you post a list of every one of all your shared pages like your Facebook page, twitter feed, or linkedin… Read more »

Monthly Wrap Up: March 2014 | Under the Covers Book Blog