Who needs lions and bears when we have a sexy tiger right here?! We are so excited to have on our blog, Jessie Lane, author of the recent release, WALK ON THE STRIPED SIDE! This is the second book in Jessie Lane’s Big Bad Bite series, and a must-read for paranormal romance fans. Find out more about WALK ON THE STRIPED SIDE below and then be sure to pick up your copy today!

Gage Ivanov here. In case you haven’t read Walk On The Striped Side yet, my mate Elena gave me hell before she finally admitted that she still loved me. It took some drastic measures on both of our parts before we finally ended up together, but I’d do it all over again if I had to as long as I had her at the end of the ordeal. Just in case you have to win back your mate, take note of the things I learned to avoid during our reconciliation.

5. Other People – If someone isn’t unexpectedly dropping by your house, then they’re calling to tell you that you have to leave your house to go on a mission to rescue some Alpha in Germany. If you plan to handcuff and kidnap, I mean… err… win back your mate, then you need to have some time away from everyone else. Otherwise you end up with your brother in your living room licking his tiger unmentionables and freaking your mate out. Have I mentioned my brother’s annoying yet?

4. Time and space away from each other – You can’t give a woman time to think. If you do they’ll just sit around thinking of how you hurt them with your idiotic moves or bullshit reasons as to why the two of you will never work. To hell with all of that nonsense. The way you can avoid your woman doing all of that unnecessary thinking is simple. Handcuff them to you! When they’re forced to spend every second with you, one of two things will happen. You’ll either break through their stubborn emotional barriers or she’ll kill you in your sleep. Hope for the first one and good luck with that.

3. Avoid telling your mate any big news unless all weapons are secured out of her reach – When your mate is an Amazon with a knack for combat and an expert in most weapons, you don’t really want to let her within reach of anything deadly when delivering news she’s probably not going to like. Not unless you want to end up looking like “swiss cheese” as her sister Chloe likes to explain it.

2. Delay the intimacies – Anyone get whiplash from that? Yeah, I bet. The thing is, you don’t want to take your mate straight to the bedroom and screw her seven ways from Sunday. The first thing you need to do is convince her of your sincerity and feelings for her by withholding sex from her. When she realizes that it’s more than physical for you, THEN you can screw her brains out.

1. Your Mate’s seductive wiles – Amazon’s are especially crafty. When Elena realized that she wasn’t going to figure out the reason I had originally pushed her away two years before she turned on that sultry charm of hers. Who knew a feathered wand could be used as a sexual torture device?

Title: Walk On The Striped Side

Does he have his claws in her for good? Or is she just yanking his tail?

Elena Demos’s life has been turned upside down. Her mother has passed away, leaving Elena and her two half-sisters to deal with their mother’s will and the crazy stipulations it contains. For the three sisters to inherit the substantial amount of money left behind, they have to go to work with two aunts they’ve never met, in the family business they’ve known nothing about, Amazons Inc. If that isn’t bad enough, she runs into the man who once broke her heart, and it’s only their first day on the job.

Gage Ivanov is a stupid beast. He let the woman who should be his mate go because she couldn’t be told of his Other identity. Now, Elena’s back, but she refuses to give in to his demands for her to be his mate. The timing for all of this couldn’t be worse, either, because Gage and his circle of friends are trying to subdue a rogue pack of wolf shifters in Germany who threaten to out the Others to the world of humans. Will he be able to juggle the oncoming conflict and win back his mate? 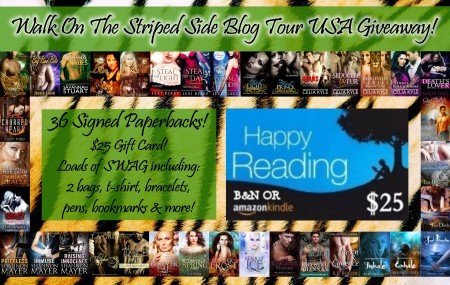 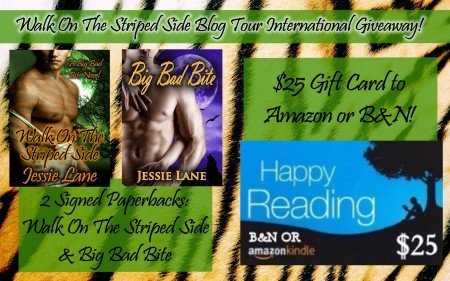 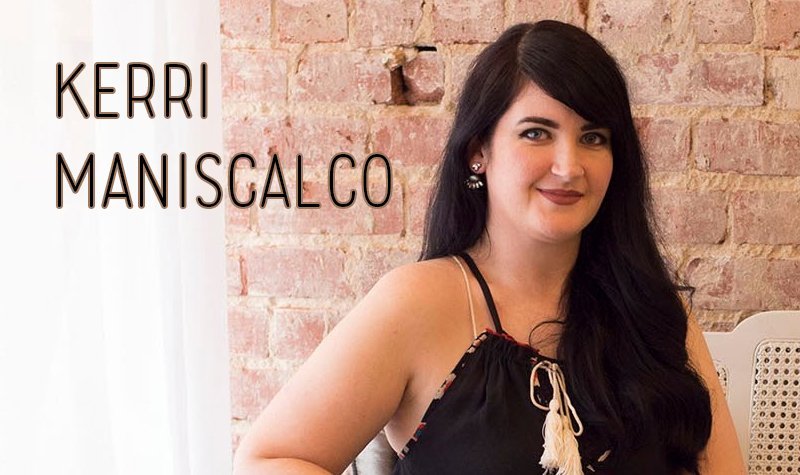 Thanks for hosting, ladies! 🙂

Shifters. Actually all of them!

Sounds like a great book and I love the giveaway! Thanks for the chance.

My mind changes as I read, but maybe shifters a touch more.

Its hard to choose. 1st place shifters next demon and the last is vampire. Thank you 🙂

Demons all the way!