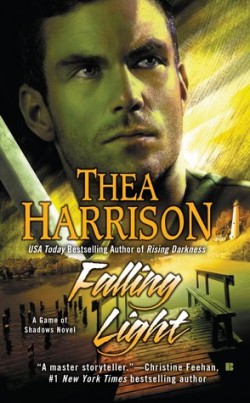 “This installment further proves that Ms. Harrison ventured a totally different genre.” ~ Under the Covers

Falling Light takes off shortly after Rising Darkness had ended. Mary and Michael had survived The Deceiver and now on the run to meet with their Elder, Astra so they can regroup. It will take a lot to beat The Deceiver as he has become a powerful being in the human world. He has the power to control minds and now using drones to find Mary and Michael. He had set them up to take the fall for all of the murders he committed, making it hard for them to get to their destination

If you read Rising Sun, you know that this is far from the Elder Races that we are used to. This installment further proves that Ms. Harrison ventured a totally different genre. Falling Light is filled with dark adventure, magic, and out-of-this-world beings that live among the human world.

Ms. Harrison further explains what Mary and Michael’s origins are which surprised me a little. In fact, I am now a bit confused about the world where they came from. Though I have to admit that it is all very fascinating. Their ability to communicate both in the mental and physical realm was kind of cool. Ms. Harrison throws in a few twists in the story and a betrayal I didn’t expect. While the romance between Michael and Mary become stronger, the amount is still to a minimum.

I didn’t like this novel as much as the first. Mary and Michael spent a lot of time traveling and this slowed down the cadence of the book. One thing that was good about their long journey is that they get to know each other again and it helps Mary adjust to the changes in her life. There was a couple of scenes that was full of action and a bit suspenseful but it was not until the end. 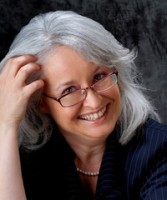 I didn’t know about her new series …thanks angela

Sounds interesting…Thanks for the Angela.