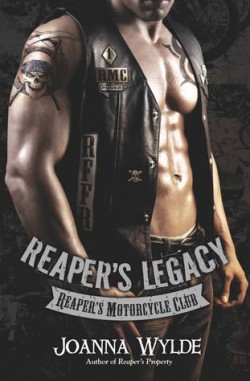 “There are no complaints from me when it comes to the chemistry between them because they have it in spades!  It’s the outside of the bedroom that I wanted developed more.” ~Under the Covers

Let me start this off by saying I enjoyed this book a lot.  Hence the rating.  But I don’t think it quite satisfied my expectations.  After reading about Horse and getting shocked by his story, I think I was expecting the same shock value in this book.  Granted that’s there for sure, but I think it’s more in a way that the author was trying to push all these limits.  And at the same time trying to add every “element” she could to make this story a bit edgier.  Ruger and Sophie are a bit of a headcase both.  And together they make for a pretty unstable and volatile couple where things can explode any second.

There was so much potential there for a great setup in this story.  Girl sleeps with high school boyfriend, ends up pregnant, said boyfriend is a moron that can’t deal with the responsibility and proceeds to mess everything up thereafter.  Give birth on the side of the road because she couldn’t make it to the hospital with no other help in the process than her boyfriend’s step brother, Ruger.  From that moment on, Ruger has been like a father to that child…and he always had the hots for the baby’s momma.

One of my main complaints is the heroine.  She was a tough mom doing the right thing for her son and then she would have some TSTL moments, and things I just couldn’t compute.  Ruger on the other hand was downright mean most of the time.  However, you can definitely see that he loves Sophie and Noah, in his own way because that’s all he’s ever known.  Nevertheless, these two are very hawt and sexy together.  There are no complaints from me when it comes to the chemistry between them because they have it in spades!  It’s the outside of the bedroom that I wanted developed more.  Exploring more emotions and getting deeper.

Even though I can’t say I enjoyed this book as much as book one, I still liked to read about the MC lifestyle.  All the drama and the decisions and actions they have to take to keep their loved ones safe.  Sometimes those aren’t easy to deal with.  And even though Ruger isn’t shooting up to the top of my book boyfriend list, I still think he’s a sexy bad boy who may just feel to entitled to get his way.  I wish he would’ve been knocked down a couple of pegs more.

This book also gives the perfect setup for DEVIL’S GAME introducing us to another MC, and one that may just proof to be more ruthless.  I am very excited to see that!

I am going to read this book today.

Hope you enjoy it Amy

I’ve been hearing a lot about this series but haven’t taken the plunge as yet…Thanks for the review Francesca.

Well, the first book’s hero is hung like a ….Horse LOL

This book was good to me too. I’m really looking forward to Em’s story b/c I just know the conflict will rachet up just by who Liam really is.

Yes! I am excited to see that!

I haven’t read any mc books because I don’t know how I’ll feel about the law breaking aspect….I know that’s not all there is to these stories though so…. :/

Well that’s a valid point, because you have to either put your personal beliefs aside on what you would do or let happen. They’re definitely grittier books and may not be good for everyone but they are very entertaining stories!

Interview and Giveaway with Joanna Wylde | Under the Covers Book Blog