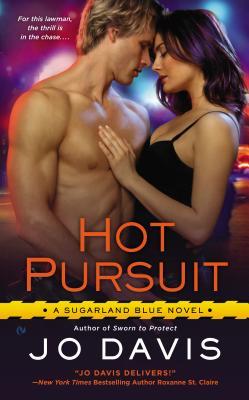 “Ms. Davis did a great job with an explosive ending. The emotional, suspenseful and action filled ending had me at the edge of my seat. ” ~ Under the Covers

While the beginning had its slow spots, the ending had heart stopping scenes. This second installment of Sugarland Blue is about Shane Ford’s partner, Detective Taylor Kayne. If you read the first installment, these two has quite a bit of reputation with crime fighting. Well, it’s come back to bite Taylor in the butt. Someone is after him and is hurting everyone he cares about, including the new gal in his life, Cara.

I like Taylor and Cara’s story. The fact that they were both adults and acted like it was a plus. There was no angst between them, in fact, their feelings were clear. There was a conflict in the past that prevented them from being together but they both knew what they wanted from the start. Of course, Ms. Davis will not forget to put a bit of flare to this couple’s relationship. Just like her other novels, this couple has a couple of steamy scenes. I love that Ms. Davis had brought them together by their mutual concern for Blake, whom I totally adore. I think this teen along with Shane’s godson Drew has a lot of potential of getting their own series or book someday.

Ms. Davis did a great job with an explosive ending. The emotional, suspenseful and action filled ending had me at the edge of my seat. And the scene between Shayne and Taylor as well as Cara and Taylor at the very end were pretty intense.

I’ve had my eye on this series. I’m glad the second one was good too.