Holiday celebrations have always intrigued me with their many emotional facets, but while researching for my writing, I grew fascinated with their varied origins, particularly where the lines of paganism and Christianity blurred.

My imagination tends to run wild in those exciting controversial gray areas.

In Forged in Dreams and Magick, the first novel in the Highland Legends Series, I envisioned a festival that honored the coming of life and dawning of new adventure. The medieval setting lent the story its perfect celebration. Beltane.

But why stop there?

Beltane is a pagan celebration. During the springtime ritual, specimen crops and livestock are paraded through blazing bonfires. The cadence of a heavy drumbeat leads a community in chanting to their gods for a prolific summer bounty.

However, shift the perspective across the mountainous landscape, and we discover nearly a dozen priories, abbeys, and monasteries, more than half of which were erected in the thirteenth century. Dedicated monks and priests traveled to various clans, ministering to their growing faithful.

Why not juxtapose the two worlds?

By the time Beltane arrives in Forged in Dreams and Magick, Isobel has fallen in love with Iain. And Clan Brodie, unique among the Highlanders in their lore and magick, holds a Beltane celebration and a wedding straight out of a fairy tale.

Of course, why stop there?

Fueled by a deep love of all things Christmas, I wrote a holiday novella for the Highland Legends Series, Bound by Wish and Mistletoe. Hidden in the book’s name is the first clue to its blending of traditions.

Robert and Susanna’s romance blossoms because of Lady Isobel’s desire for a modern Christmas in the medieval Highlands. During the festivities, BrodieCastle gets its first Christmas tree, a new tradition of crafting keepsake ornaments, and one surly angel returned from a time-traveling errand with stolen mistletoe…

Focus on the mistletoe, people!

The festive berry-laden plant has romantic Christmas traditions on the surface, but all kinds of pagan lore lies in deeper historical layers.

Yes, you’re supposed to kiss under the ribbon-tied cluster of leaves. But where did the custom come from? No one knows for certain. Christmas decoration and kissing reports span from the sixteenth century to eighteenth century in England, but allude to the ritual being widespread.

Ancient druids believed mistletoe hung over a doorway warded off dangerous storms. Druids also believed the plant to be a fertility talisman, its berries containing sperm of the gods.

{whispers} Perhaps mistletoe instigated much more than a kiss.

According to Norse mythology, Frigg tried to save her son Balder from foretold death, but failed due to her overlooking seemingly trivial mistletoe. In versions of the tale where Balder’s life is later restored, Frigg bestows upon mistletoe the symbolic status of peace and love, and supposedly grants her kiss to those who pass under it.

In Bound by Wish and Mistletoe, the custom plays a symbolic role as well. Blending past, present, and future, Robert and Susanna’s kiss beneath mistletoe clandestinely solidifies their private wishes, uniting their hearts in a common goal, for each other and together against a common enemy.

As more modern holiday traditions unfold in BrodieCastle amid Robert and Susanna’s escalating romance, the worlds of pagan and Christian collide.

Entwined with a wee bit of magick… {winks}

Now that I’ve teased about the blending of holiday traditions in my Highland Legends Series, I hope you experience the adventure for yourselves by reading Forged in Dreams and Magick and Bound by Wish and Mistletoe. 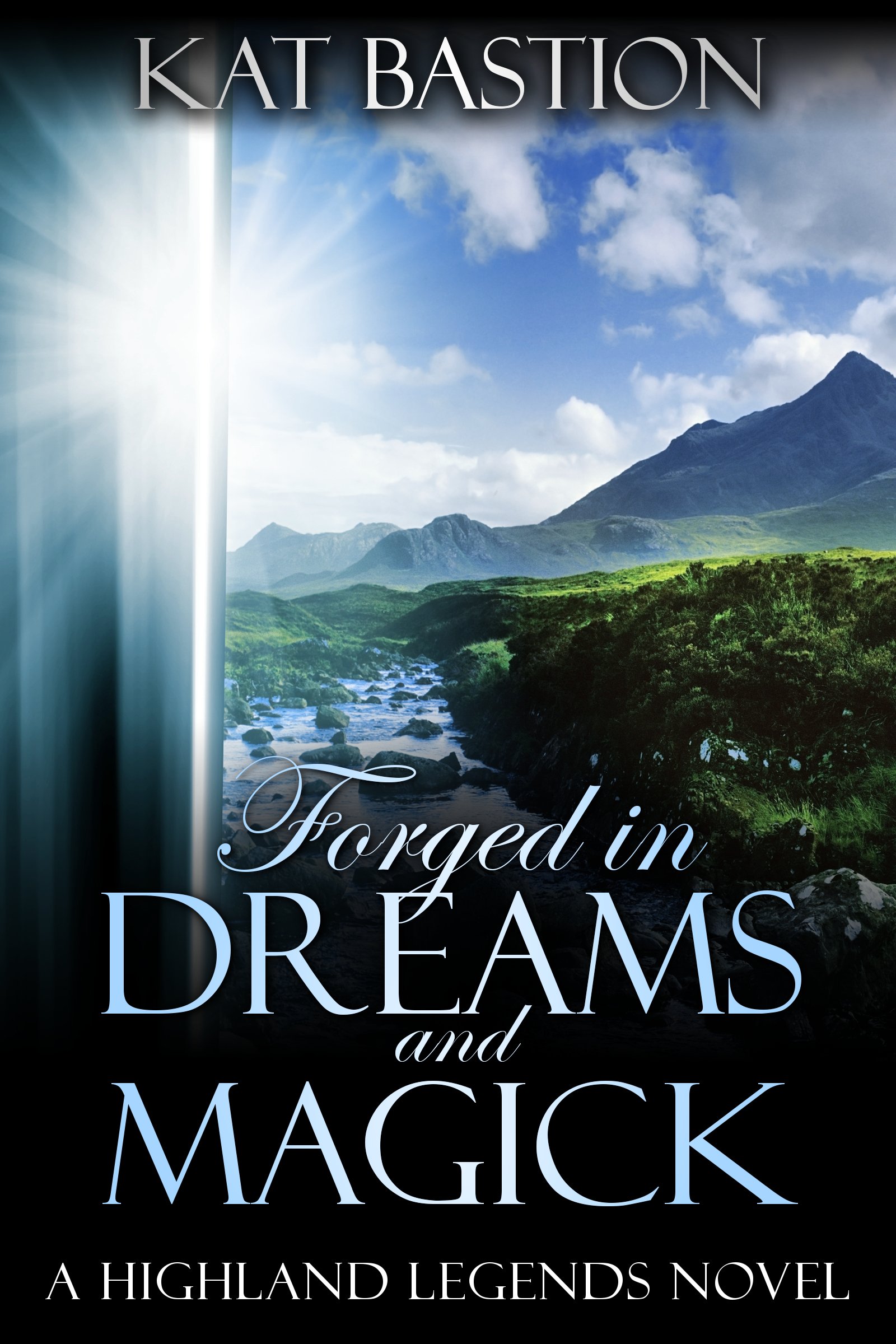 The award-winning debut in the Highland Legend Series:

Isobel MacInnes wakes up in present-day California, lunches in medieval Scotland, and by ten days’ end, falls in love with a man and his country, only to lose them in a heart-wrenching twist of fate . . .

Found in the arms of her second soul mate . . .

Forced to balance the delicate strands of time between two millennia . . .

Shocked by revelations rewriting the very foundations of history . . . of everything.

Isobel, a rising-star archaeology student, is dropped into two ancient worlds without warning . . . or her permission. Her fiery spirit resists the dependency thrust upon her. Amid frustration at her lack of control, she helplessly falls in love. Twice.

She struggles to adjust to the unimaginable demands of two leaders of men—a laird in the thirteenth-century Highlands and a Pict chieftain in a more ancient Scotland. Isobel transforms from an academic, hell-bent on obtaining archaeological recognition, to a woman striving to care for those she loves, and ultimately . . . into a fearless warrior risking everything to protect them. 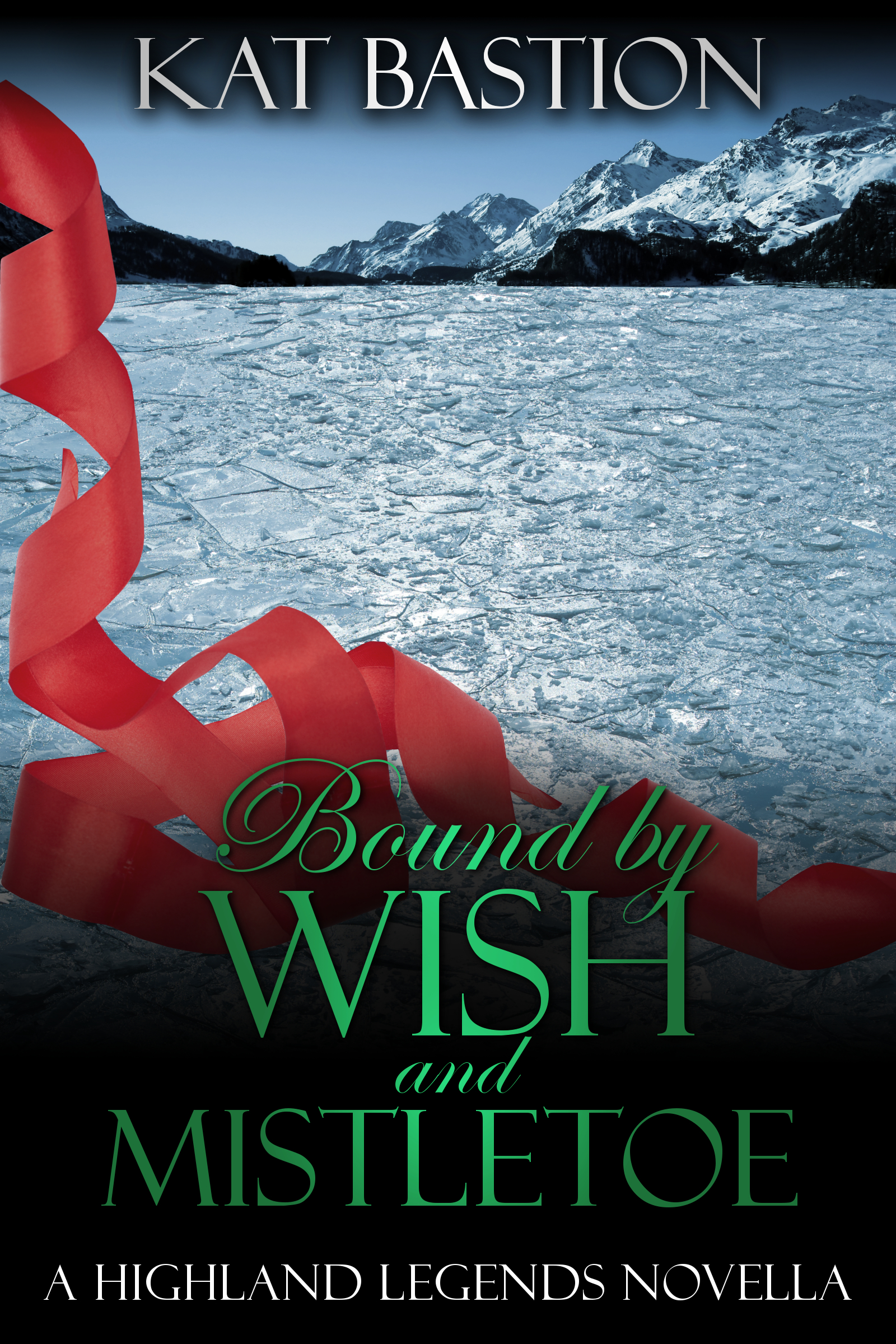 The holiday novella, Book 1.5, following the award-winning debut of Forged in Dreams and Magick in the Highland Legends Series:

Desperate to honor a life-long promise, Susanna MacEalan escapes her abusive clan with the fierce determination of never falling under the power of a man. Ever.

When magick transforms Brodie Castle into a Christmas wonderland, the two despondent souls find solace in a most unexpected place . . . each other’s arms.

Amid a whirlwind of escalating events, Susanna’s traumatic past threatens Robert’s ability to protect the one woman meant for him. In a harrowing moment, as her fears and demons coalesce, will hope, faith, and love be enough to save them?

Kat Bastion is an award-winning paranormal romance writer, poetic warrior, and eternal optimist who loves getting lost in the beauty of nature.

On a never-ending, wondrous path of self-discovery, Kat throws her characters into incredible situations with the hope that readers join her in learning more about the meaning of life and love.

Her first published work, Utterly Loved, was shared with the world to benefit others. All proceeds from Utterly Loved, and a portion of the proceeds of all her other books, support charities who help those lost in this world.

Kat lives with her husband amid the beautiful Sonoran Desert of Arizona.

Kat is graciously giving away one signed set of the two Highland Legends Series books, Forged in Dreams and Magick and Bound by Wish and Mistletoe, to one winner. Open to everyone! Good luck!

When I see Highlander mentioned on a book it makes me stop and look but when you add time travel to that I have grabby hands.

I love it when you get grabby hands. Highlander. Time Travel. Sexy alpha males. Oh. My. 😉

I hope you get a chance to read and enjoy the stories!

This was a Fabulous post…As usual chicas!!! The books sound awesome!!

Hello Nikki! Thank you. I hope you get a chance to read. Enjoy the adventures!

Perseverance will pay off one day i hope because i do want to read this and all your guest post, execrpt etc just reinforce that want^^

Great to see you on UTC too! I’m so glad all my guest posts and excerpts are enticing you! Good luck on the giveaway, I hope you get a chance to read them after all the tempting and teasing you’ve endured!

Thank you so much, Annie and the UTC Gals, for hosting me at your wonderful blog. I hope you and your readers enjoy the Highland Legends Series adventures!

Sounds great! I do love that you put some historical facts into the post!

I agree it was interesting reading how/why she used certain traditions….kinda makes me want to read it more 🙂

This is a series I have to read!! Thanks for the giveaway!

Love me some highlands…Thanks for the chance to win.

Would love to read this series.Deb P

You said Highlander? 😀
Wohoo,these books sounds promisin,perfect pick for me 🙂
Thank you for the this wonderful post UTC and Kat Bastion 🙂

This looks EPIC! It’s been added to my TBR list!

OMG, how did I know about this series?? Must read!! Thank you so much for the post!

I know!!!!….I am ALWAYS on the look for sexy highlanders and I totally missed this one….well not any longer!..hehe

OMG! I love Highlander novels and am adding this to my TBR list right now. I am so excited!! Thank y’all so very much for sharing!