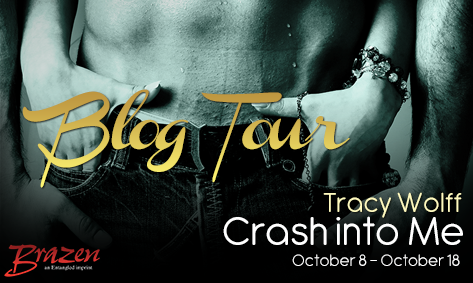 Thanks so much for having me today!  I love your blog and am thrilled to be here 😉

So, when I was trying to come up with a topic for today’s blog, a friend of mine (who knows how much I love rock music and everything associated with it) suggested I do a list of my favorite lead singers.  Considering Ryder, my hero, is the frontman for Shaken Dirty, I thought it was a great idea.  So, with no further ado, here are my favorite lead singers of all time

Eddie Vedder (Pearl Jam) I love Eddie Vedder.  I love Eddie Vedder so much.  I love Eddie Vedder so, so, so much.  I know, I know.  Am I going to say anything else?  But seriously, he has such an incredible voice and such an incredible range that I am consistently awestruck by him.  I’m a little embarrassed to admit how many times I’ve seen Vedder in concert (fourteen) and every time I’m just blown away by his voice, his talent and the way he can hold a crowd in the palm of his hand.  Add in the fact that he’s a brilliant songwriter whose songs grow more topical (Jeremy, Alive, Black) instead of less topical as the years pass, and it’s hard to argue that he’s one of the greatest frontmen in history.  At least with me 😉

Kurt Cobain (Nirvana)—My students (I’m a college English professor in my day job) talk about how cool Cobain was and how cool Nirvana is, but sometimes I get the feeling that they say that because it’s expected, not because they’ve ever taken the time to truly appreciate just what an amazing voice Cobain had.  Which is understandable—there’s so much myth and mayham associated with Nirvana that sometimes it is easy to forget that they went as far as they did in as little time as they did, and have since reached legendary status, largely because of Cobain’s absolute, awe-inspiring talent.  His voice, and range, are stunning, and the amount of emotion and intensity he can pour into a song has rarely been matched by anyone.

Steven Tyler (Aerosmith)—He doesn’t come up on as many lists as the other names here, and I totally think that’s a mistake.  Now, I admit to a little bias as Aerosmith is my favorite band EVER, but still.  Tyler has a terrific voice with a huge range and he can front a concert like nobody else. Seriously, he is an amazing showman who holds the whole audience in the palm of his hand.  I’ve seen Aerosmith in concert a bunch of times, too (though not as many times as Pearl Jam) and it always amazes me just how Tyler can walk on a stage and own it, own it, without doing anything more than standing there.

Bono (U2)—Bono (whose real name is Paul Hewson) got his nickname because they used to call him Bono Vox (good voice in Latin).  And oh my God, can this guy sing.  And front a band. And write the most beautiful songs.  He’s got it all.  I’ve only seen U2 in concert once, during the Achtung Baby tour, and it was one of the most amazing concerts of my life.  He’s brilliant.  Absolutely brilliant.  And an utter joy to watch perform, even when he’s going lowkey.

Chris Cornell (Soundgarden)—When I was a teenager in the nineties, I was a much bigger fan of Eddie Vedder and Pearl Jam than I was of Soundgarden.  But even I couldn’t deny then—and wouldn’t even try to deny now—the fact that Cornell has one of the most amazing voices to ever grace a stage, rock or otherwise.  His power packed voice has had him working with some of the biggest names in rock and providing some of the most amazing collaborations ever.  If you want to see him nail a song totally out of his comfort zone—and I mean nail it—watch this rendition of “I Will Always Love You.”

Roger Daltrey (The Who)—I’ve been a fan since my dad played their records for me when I was just a kid.  Because, seriously, how can you not be?  Rolling Stone says that Daltrey was underrated because he had to “share the stage with some of the most freakishly talented musicians in rock history,” and I was so sad when I read that.  Because, yes, Pete Townsend and the others are incredible talents.  But so is Roger Daltrey.  His voice and showmanship and pure, out-and-out talent totally made The Who The Who! Check him out at 57 doing the benefit concert for New York City.  The Who stole that show from some of the greatest names in rock, ever.

So, tell me, who are some of your favorite lead singers?

She’s totally off limits, but this rocker wants a taste…

Jamison Matthews has lusted after Ryder Montgomery since she was a preteen. But now that Ryder and her brother’s band, Shaken Dirty, has made it huge, she’s just one of many pining for the brooding lead singer. Too bad Ryder still sees her as a little sister. Not that it matters. Her brother would never allow it, and the last thing Jamison wants is to be another notch on a rock star’s bed post. Even if it’s Ryder’s.

Ryder doesn’t deserve happiness. After his fame destroyed his last girlfriend, he swore he’d never fall in love again. So when Jamison, the girl he’s been in danger of loving for years, joins the band on the road, he’ll do anything to deny the sparks between them—even after one hot night together. But Jamison is determined to show Ryder that he’s worthy of love—her love—and that she’s all grown up…and ready to play.

Tracy Wolff collects books, English degrees and lipsticks and has been known to forget where—and sometimes who—she is when immersed in a great novel. At six she wrote her first short story—something with a rainbow and a prince—and at seven she forayed into the wonderful world of girls lit with her first Judy Blume novel. By ten she’d read everything in the young adult and classics sections of her local bookstore, so in desperation her mom started her on romance novels. And from the first page of the first book, Tracy knew she’d found her life-long love. Now an English professor at her local community college, she writes romances that run the gamut from contemporary to paranormal to erotic suspense.

You are awesome 🙂
Thanks for the amazing giveaway 😀 🙂

You guy’s do rock! With or without the giveaways you would still rock in my book! And no I’m not a stalker LOL

I like Bono, Pearl Jam, Adam Duritz of Counting Crows….

Brazen is my favorite line of books and this sounds like a great addition. Love the cover!

This blog rocks =)
I’m a Phil Collins fan as well as the others listed. Sting too!

Thank you so much for the awesome giveaway!!! This blog is the best!! 🙂

bloggers r the best love the review and giveaways

Thanks for the great giveaway.

Thank you for the great post. I love Adam of course, and there are so many others.

You know that I love you guys for all of your posts and reviews. Thanks for bringing us great books, reviews and giveaways!

I love your blog! Thanks for the giveaway!!

This looks great! Love this cover.

I have a soft spot for Rob Thomas from Matchbox 20. Something about him makes me go….mmmmmm! 😉