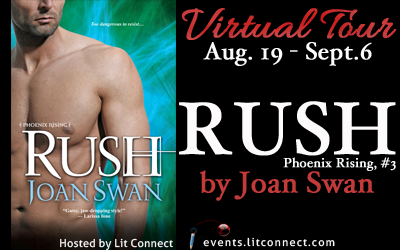 Readers always seem interested in how authors come up with ideas.

In the beginning of my career, I often had to seek out ideas. At that time, I was searching for something similar to what was selling, but looking for a fresh way to share it. Something that readers already loved and could relate to, yet with a unique spin that made the idea seem special.

Now, I’m not sure where my ideas come from. But have noticed that more ideas spring from current writing projects than from hours of researching news articles or topics. I don’t know who said “writing begets writing” — I’m sure someone out there does — but I can tell you it’s true. Every time an idea for a current WIP pops up, but won’t fit into the story I’m working on, you can bet it’s stuffed away into my head for another book, another series, or another character.

I’ve also noticed that my more current ideas for new stories are a culmination of snippets from all over the place. A useful idea that didn’t fit into the last story, a conversation overheard while eavesdropping during a lunch out with the hubby, a funny story from a friend, a fantasy, a tidbit of real life.  They all come together to formulate that “grand plan” that sometimes results in the new story or series.

An example of how true-life slips into my stories is found in RUSH around the thread of Quaid’s wedding ring.

Here is a snippet from RUSH:

Keira’s hand rested on her shoulder and she murmured, “Remember that thing with his hand, Jess? His left hand?”

Jessica’s gaze tore from Q’s right arm and held on his left hand, laid out by his side. Her fingers found the locket beneath her cotton turtleneck. More tears spilled down her cheeks. Her throat closed. Her chest constricted. The most bizarre blend of fear and hope twisted her inside out.

“What happened to his hand?” Cash asked.

“We were at a vehicle accident,” Keira said. “A car had been hit and crushed by a gasoline truck and we’d gone as a team. It was just a few months before the warehouse fire. We’d used the JAWS to open the roof of the car to get the driver out. Quaid was keeping track of her vitals and they started to dip. The tool caught up on something, I can’t remember what, but Quaid in his typical zeal to get the woman out before she died, used his hand to free up the metal jamming the JAWS. The cut edge of the metal sliced into his glove and caught on his wedding ring—”

“He shouldn’t have been wearing it at work,” Jessica said, her voice rough with emotion. “But we were out to dinner, celebrating our six month anniversary. Got called in. And . . .” She laughed through the tears.  “When I reminded him about it, he got all pissy. Hated taking it off anyway and said he wasn’t taking it off on our annivers—”

She choked and couldn’t continue.

There wasn’t much time after that for him to argue again.

“We’re here, Jess.” Keira wrapped an arm around her shoulders. Pressed her forehead to Jess’s temple. “We won’t lock you out this time. We won’t leave you alone. That was wrong of all of us. It won’t happen again.”

A hand closed around the back of her neck, sturdy and reassuring. Kai. She knew that gesture. Knew that touch. “That goes for me, too, Jess.”

She shivered. The support she’d needed, craved, ached for surrounded her. The man that made her whole was possibly lying before her. And she was frozen with fear.

Cash reached across Q and covered her hand where it lay on his arm. “It will be there.”

The surety in his voice gave Jessica the strength to reach for Q’s hand. She held her breath, turned it over, pulled open his ring finger and middle finger.

The air left her lungs as she squinted and rubbed her thumb at the grime. Blood and dirt and . . . “Keira, give me your water.”

Keira uncapped a bottle and poured water over Q’s hand. Jessica scrubbed at the dirt with both thumbs. Her heart pounded. Her lungs throbbed. Her eyes scoured his finger for that telltale scraggly white line against his tanned—

And it appeared. As if she’d rubbed it into existence, the irregular line created by Quaid’s dedication to their marriage, his all-consuming love for her, glowed up at Jessica.

Her head went light. A sob escaped her throat. She sat there frozen, for how long she didn’t know—three heartbeats, ten, a hundred—while the emotions swept in and overwhelmed her.

Joy, relief, gratitude, love, excitement . . . they rushed in, slamming against her heart.

She couldn’t think. Couldn’t talk. She could only touch him, and kiss him and sob against his chest, welcoming every last detail—shaved head, scars, unfamiliar face, changed body.

This was her husband.

My husband has been a firefighter for over 30 years. He always wears his wedding band. Always. But he had reservations about wearing it on the job. He’d known men over the years, both on the job and off, who’d lost their fingers when something caught on their ring and it wouldn’t come off.  Yet, he just couldn’t get past the emotional block of taking it off–which both worried me and touched me.

He was lucky. Still has both his finger and his ring.  And, of course, me. 🙂

Are they other aspects of stories you’ve loved that you know came from an author’s life? 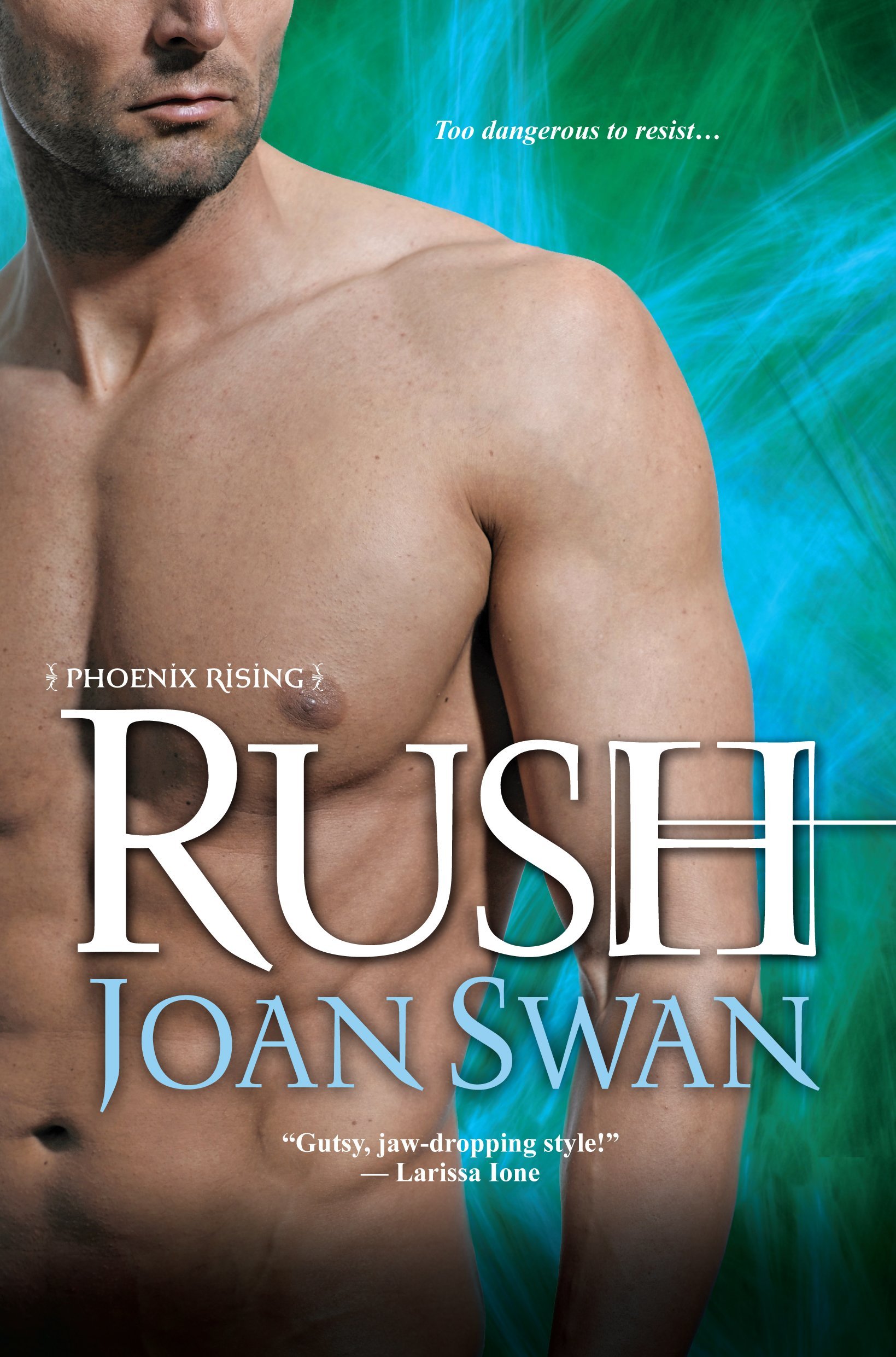 Jessica Fury, Washington lobbyist, has money, connections, and her own firm. But five years ago she had something better: happiness. Her firefighter husband, Quaid, was handsome, courageous, and crazy about her. Then one day he walked into a chemical inferno—and never walked out. Jessica has been through hell to get back on her feet. And then a rumor surfaces that could bring a miracle or shatter her world – again.

Q has been a prisoner forever. He’s honed his mind and body into weapons. He’s developed abilities no one else understands. But he’s still at the mercy of a cabal of ruthless men, who blank his memory, test him like a lab rat, and tell him lies. Although his past has been erased and his future looks grim, instinct tells him he has a woman to live for. What his mind can’t remember, his body can’t forget…

The heat is on. 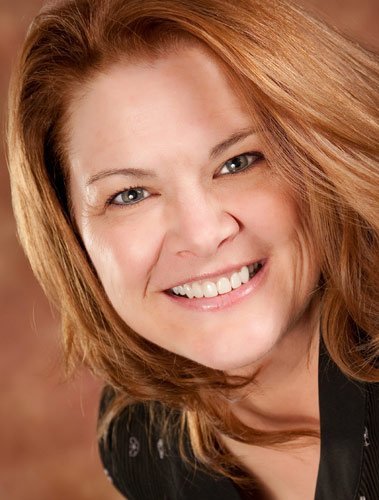 Joan Swan writes sexy romantic suspense for Kensington (Phoenix Rising Series) and independently (Covert Affairs Series).  She also works as a sonographer at a top medical facility in San Francisco and lives in magnificent wine country on the central coast of California with her husband and two daughters.

At Each Tour Stop

Please follow the Rafflecopter widget to enter to win at each stop. Then visit Joan Swan’s FB page to enter to win one of three designer purses filled with a variety of goodies! (Full Terms & Conditions located on the widgets.)

that is such a great excerpt! glad I found this book today…looking into the whole series!

I love these excerpts! I just know RUSH will be amazing!

Oh I’m sure there’s been those times in books that were drawn from an author’s real life but I’m not aware of it. When it’s a contemporary it would be easy to slip something in, after all they are writing set in real life. We write from our experience even if it’s disguised in fiction. Your writing is so filled with emotion. All the snippits you’ve shared with us have put me right in the moment and I was there with them, feeling with them. Thank you.

Thanks for sharing the snippet and the giveaway. I love this book and I am looking forward to reading more in this series. evamillien at gmail dot com

thanks for the excerpt….and I completely agree that writing leads to more ideas… sometimes I wish I could write faster 🙂

I really enjoyed the excerpt. Thank you!

I can’t think of any aspects in a story that I loved that came from an author’s life.

I’m not gonna lie, I’d buy those books based on the covers alone 😉

The book looks amazing! Thanks for the opportunity to win one of your books.

Times an author’s own life slips in? I can’t be certain in some cases, but sometimes a description- like a place, food, movie, a moment- are described in just such a way that I feel like they have intimate knowledge that goes beyond a storytelling muse or research.

Thanks so much for the giveaway opportunity.

These books sound like HOT reads… Can’t wait to read them all.

Looking forward to reading this series!! 🙂