My critique partner and I are always debating the value of an Alpha male hero. She writes historicals, so I can understand her men having to act a little more superior and domineering. That’s just the way they were. It makes her heroines that much more heroic when they stand up to them.

My heroes are no wilting flowers either, but they’re modern men. They don’t have to be convinced that a woman is more than a vapid receptacle for their seed. They automatically treat them with the respect they deserve. That isn’t to say that they’d let a woman walk all over them, either. Not at all.

When Drake and Bliss meet for the very first time, he’s the expert. He’s a firefighter and her building is burning. Even though Bliss has a good reason for wanting to turn around and rescue her computer, it’s not safe to do so and Drake knows that. He doesn’t stand there debating the issue while the building falls down around them. He picks her up and carries her to safety. But as soon as she’s safe, he listens to what she has to say.

He’s not only a smokin’ hot firefighter, he’s a fireproof dragon shifter. He knows he can survive the flames if he goes back into the building. Realizing too, he’ll probably be in trouble with his chief, he makes the decision to rescue Bliss’s computer if he can. Her whole business will go up in smoke if he doesn’t.

Were it anyone else, the chief would have been shocked, but Drake is known as the first one in and last one out. That doesn’t mean the chief will understand—in fact, Drake has pulled this move before, and even though he was awarded a medal the chief warned him not to repeat the heroics. Now he’s suspended for a week.

I’d say he’s the perfect modern Alpha male. He doesn’t try to lie or make excuses for his behavior. He makes judgments based on facts, and if others don’t agree with his decisions, he doesn’t have a fit or act like he’s right and everyone else is wrong.

He, like all of my heroes, are the way I wish modern men were all the time. Emotionally mature, financially stable, but with a spirit of fun and playfulness that won’t disappear with age. My guys have more than their share of charm too. Drake wouldn’t have been the Russo’s first choice for their daughter, but he wins them over simply be being himself.

If any of you have had to deal with parents who want to see you settled and happy, but feel like no one is good enough, well…you’ll understand. It takes a special guy to win over a family like that, and Drake is up against a big, loud, outspoken Boston Italian family. It’s all part of the fun. I hope you’ll cheer him and Bliss on as they face not only the Russos, but even greater obstacles, like a TV design competition and a jilted “dragon-lady.” Suddenly the danger is extreme and personal.

I think you’ll enjoy how each character shows their true colors in this crazy romantic tale. Bliss has her own challenges, but thanks to Drake, she’s alive to face them. 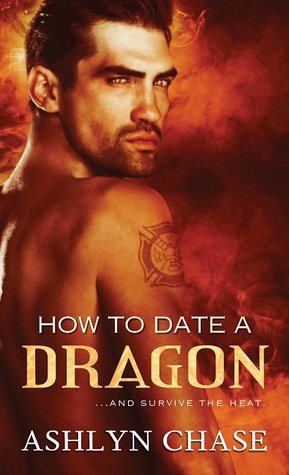 Bliss Russo thought nothing exciting ever happened in her life. Until her building caught on fire and she had to be carried out of the flames in the arms of a gorgeous fireman. Sure, her apartment is now in shambles and she’ll have to start her huge work project completely from scratch. But at least her love life is finally looking up…if only she can find her red-hot rescuer again.

Dragon shapeshifter Drake Cameron is the last of his clan, and the loneliness is starting to claw at him. He’s met only one woman who might be able to stand the shock of his true nature. After all, she barely batted an eyelash when her home burned down. And feeling her curves against him was just as hot as the inferno. Just when he thinks he’ll never track her down, she walks into his firehouse—with no idea what she’s about to get herself into…

To Purchase How To Date a Dragon:

“[Ashlyn Chase] entertains with a voice that makes reading her stories pure pleasure. It’s like spending time with your favorite friends. Reviewer Top Pick” —Night Owl Reviews on How to Date a Dragon 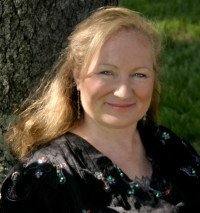 Ashlyn Chase describes herself as an Almond Joy bar.  A little nutty, a little flaky, but basically sweet, wanting only to give her readers a satisfying experience.

She lives in beautiful New Hampshire with her true-life hero husband who’d look like Hugh Jackman if you dyed his hair, and they’re owned by a spoiled brat cat.  For more information, please visit www.ashlynchase.com, follow her on Twitter https://twitter.com/#!/GoddessAsh, and like her on Facebook, https://www.facebook.com/AuthorAshlynChase.

Sourcebooks has a copy of Flirting Under a Full Moon
(Book 1 in the Flirting with Fangs series, directly preceding
How to Date a Dragon)up for grabs for 1 winner (US and Canada only) 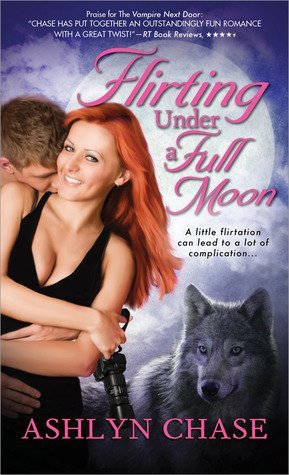 If Brandee Hanson ever wants to go from waitress to photographer, she’ll have to take some once-in-a-lifetime shots. But when she catches the gorgeous private investigator, Nick Wolfensen, on camera— transforming into a werewolf—she is thrown into a world of vampires, shapeshifters, and other paranormal misfits.

In order to keep his secret and stay clear of the supernatural council, Nick will have to convince Brandee not to release the photo. Fortunately, he was looking for an excuse to spend more time with the beautiful waitress anyway.

I’ve been wanting to read how to date a dragon! I kinda love dragon shifter books :3 Awesome!

Thanks so much, Jesica. I hope you’ll give it a try!

Too bad a lot of modern men aren’t like Drake. Some just have way too much drama around them! LOL! This looks like a fun read! Thanks for the giveaway!

It could be the men I know. I hope you aren’t running into a lot of drama queens! LOL That would be painful.

im kates older sister those book suck 20 so fuck you

Drake is a wonderful hero, Ash! I love him. And Bliss is his true match. Proof positive that two strong personalities can mesh without either of them giving up their individuality.

How to Date a Dragon was a fabulous and fun read! I love how you heat things up while making me giggle. And Drake is one amazing hero 🙂

Thanks, Venus! You’re awesome to day so!

I’m getting ready to read How to Date a Dragon! Can’t wait… Love your work 🙂

I’m so glad you have it, Loretta!
Enjoy! (If you feel like leaving a review afterward, I wouldn’t hate you for it.) LOL

‘they don’t have to be convinced that a woman is more than a vapid receptacle for their seed’ …..awesome!

Thank goodness we didn’t live in those times, eh Elizabeth? I’d have been locked up so as not to embarrass the family for sure!

I like a hero who can hold his own.

Me too…and Bliss is probably ‘too much’ for most men. LOL

There are some good one’s Denise.
I call my husband Mr. Amazing, because he really is my true life hero. Yes, I had to kiss a lot of toads first, but it was all ‘research’ right?

I love Ashlyn’s books! Thank you for this awesome giveaway!

Congratulations on the new release. *whispering* dragons are my favorite paranormal shifter.

Dragon shifters — so rare and so HOT, love reading about them when I get the chance. I think my very first paranormal book was a dragon shifter…by Allyson James/Jennifer Ashley. I’d love to get a taste!

Taste away, Glittergirl!
There are more blog stops on the tour and some have excerpts!

congrats on the new release! Thanks for sharing 🙂

this sound awesome!! I can’t wait to grab my copy 😀

Seriously though, thank you, Vicki.

I can’t wait to read this book.
Thank you for the giveaway.

I hope you enjoy it as much as the reviewers seem to! 5 stars and top pick from Night Owl Romance! Woo Hoo!

I can’t wait to read this one. I love dragon shifter books. Mix that with your hilarious and sexy writing and I’m sold. 🙂
I want my very own Drake, hehe.
Thanks for the giveaway.

Man Oh Man, Does this sound good and the cover is great!

Congrats on your new release! Your books sound fantastic… Thanks for the giveaway!

I’m so intrigued by your dragon shifter, I’m looking forward to reading How to Date a Dragon and seeing how Bliss survives the heat. 😀

I love dragons so I can’t wait to read this one.

I put How To Date a Dragon on order waiting for it to get here. I love shifter book. dragons the most. Thank you for the giveaway

Love the cover, he looks kinda like David Gandy!

I can not wait to get this book, dragons are one of my favorites and the cover is amazing! Thank you for sharing, congrats on your newest release and I appreciate the chance to win 🙂

Oh I’ve been wanting to read this

I love your books! Big fan! Thanks so much!

I love your books thanks for writing them!!!

I love dragons and wolf shifter novels! Thanks!

Thank you to everyone who stopped by yesterday!
I wish you all the best of luck in the drawing, and please stop by my website and news blog for the latest updates!

Thanks for the awesome giveaway!!! I can’t wait to read this!!

I love book about shifters! Can’t wait to read this one 🙂

This book definitely sounds great. Happy to add a new addition to my wish list. 🙂 Congrats on this release!