Presley Flynn is ripe to experience her secret fantasies… and Dmitri Pratt wants nothing more than to fulfill them. Once inside the elite Club Sin in Las Vegas, Presley is nervous but excited—and determined to surrender to her every desire. Dmitri is her Master, and his touch is like fire. With each careful, calculated caress, he unleashes her wildest inhibitions, giving her unimagined pleasure.

Hello Stacey and welcome to Under the Covers. Thank you for visiting us today. For the ones who do not know you, tell us a little about yourself.

Thanks for letting me stop by! I’m an urban fantasy lover at heart, but I also enjoy losing myself in dark and sensual worlds. I live in southwestern Ontario with my husband, who gave me a happily-ever-after. Together, we have two small children who can always make me smile, and who will never be allowed to read Mommy’s books. If I’m not plugging away at a new story, you’ll find me camping, curling up with the latest flick, or obsessing over Sons of Anarchy, Supernatural, True Blood and Lost Girl.

Claimed recently released, can you tell us a little about this novel?

Did you do any kind of research before writing Claimed? If so, care to share?

I did lots of research! The first, I guess, was going to Vegas—which was a total blast—but the city really inspired me to set a book in it. It’s just so…alive.

Presley, the heroine from Claimed, is brave to face her desires and fears. Not many people would be willing to jump and take chances like she did in this book. Do you see a Presley in yourself?
I based Presley’s character off my best friend. I love her, so I knew so many other people would, too. Sure, I changed some because Presley didn’t want to be exactly like my best friend, but the “core” of her personality is that of my best friend. So, I’d say I see my best friend in Presley, not me so much.

Truthfully, I don’t think they differ all that much, except maybe the fact that you’re having sex in a public setting. Typically a person who loves kink and a power exchange, it’s a part of who they are, whether they’re in public or not.

I set CLAIMED in a club for one important reason—that feeling of family. My friendships are so important to me, so I always try to make that an important part to my stories. Having a core set of friends who help you through life is a must-have for any story I do.

I think of CLUB SIN as more of a play party; a place where really close friends, who all share the same likes, go to explore. But at the center of the club it’s about respect, friendship, and of course, kinky fun!

The character names you have chosen to use are unusual. How do you come up with them?

It’s really a “fit” thing. I search baby name databases and read…and read…and read until I find a name that stands out for me. Once I have one name, I look for the other, and then I put them together to see how they look. It has to feel right. If it does, then I’m done. It’s really that simple. But I’ll tell you—this process can take hours upon hours to do!

I like unusual names because it makes the characters their own person. For me, giving a typical name is hard. And that’s probably because I know someone with that name. I just can’t do that. I’d think of that person the whole time I was writing the story. Just no!

Next up in the CLUB SIN series is BARED, which is Aidan and Cora’s story. I admit that this story is shaping up to be probably my most favorite I’ve ever written. Trust me, I NEVER say that. Don’t want to annoy the characters. But there is something so intense and emotional in these characters. It’s been an incredible—soul draining—experience to write their story.

I’ve got a couple things on the schedule right now. Next up is BET ON ECSTASY, PACT OF SEDUCTION #3, which comes out on September 24th. I’m currently editing MAGIC & MAYHEM #2, WITCHES BE DAZZLED, which has a release date of November 18, 2013. Then on January 21st, BARED will be out. So, yes, lots and lots of stories on the go!

If you could describe this book in 5 words for your readers what would it be?

Quick fire questions:
Thongs or briefs? Briefs. A string up my butt, no thank you!
Dominant, submissive or switch? Submissive
Handcuffs or ropes? Ropes
Dirty or clean? Clean
Honey or whipped cream? Honey 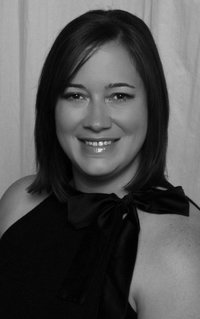 Stacey is giving away readers choice of ebook (excluding Claimed). Tell us in the comments what is the most unusual character name you’ve encountered while reading.

i want to read this sounds like a good book

Jev probably from the Hush Hush series by Becka Fitzpatrick. Only one that really comes to mind now…

alianore from a historical romance I read years ago

Alegro, he’s a hero in one of Laura Kinsale’s books.

LOL… *all* of the JR Ward hero names. I sometimes rename them in my head b/c they are so ridiculous. Thanks for sharing!

I have to agree wtih erinf1 and say JR Ward’s hero names!

I cannot think of any off the top of my head but I am sure my answer would be something from a PNR that I have read.

Hmmm Most unique, not sure. Probably something from a paranormal

There are soo many. I really liked the name Stormy though. I thought it was pretty.

Arwen is the name of the heroine in the current book I’m reading.

I have only seen it in one book, and her name is Rielle…From Lorelei James’ Gone Counrty. Then again, the Rough Rider Series have several unusual names…Braxton, Tell, Cooper, Gib, Hayden, Kade, Kane, Keely, Poppy, Kyler and Quinn to name a few more.

Brystion in Allison Pang’s A Brush Of Darkness. My mind just couldn’t wrap around it while I was reading, so I kept calling him ‘Bastion’ in my head.

Jagr from Alexandra Ivy in her Guardians of Eternity. But that is just one of many. this is the first on to pop in my mind. I say who doesnt like a fast ride (JAGr)

Oh my gosh, I can’t remember. I’ve encountered quite a few, though.

Some of the characters from George RR Martin’s A Song of Ice and Fire series (ex Daenerys or Jeor).. but I do love when I come across a name where I have to think about how I’m going to pronounce it in my head for the rest of the book….Also, names with apostrophes, who comes up with those!!

Taern, Machar and Aslin are the unusual names I’ve come across recently that I can recall.

I’m recently finish read a book with name heroes was Circenn [Cir-cin], from The Highland series by Karen Marie Moning. His friends call him Cin.

Most recently it was Lachlyn. Normally not an unusual, but the spelling is unusual and the fact that in the book it’s a girls name.

I don’t know if youd call it unusual or not but Im reading a book now and the heroines name is Story Brooks. 🙂

I agree with the comments about JR Ward’s characters. They usually have very unique names. Recently I read the Jane Yellowrock series. Some of her characters have strange names such as the werecat Kemnebi.

A favorite name I have come across is Mae-June July Augustine from Macy Beckett’s Sultry with a Twist. I laughed out loud at that name.

Draddor and Xara are two of the most recent unusual character names I’ve come across.

The most unusual name I have encountered in a book would be “Mister.” Yes, that was his name! LOL

I have to agree the most unusual names I have come across have come from JR Ward’s BDB Series & there are a few from Larissa Ione’s Demonica series that are pretty unique. Thank you for the chance to win some great work 🙂

Lots of unusual names in the series A SONG OF ICE AND FIRE by George RR Martin, but they fit the characters well.

I recently read a book where the heroine’s name was Story Brook. (I kept calling her Story Book which made me giggle.)

any hero name in the BDB series

Max (aka Torment) from the Against the Ropes book by Sarah Castille. I’m currently reading this book now and I must say he definitely is unusual 😉