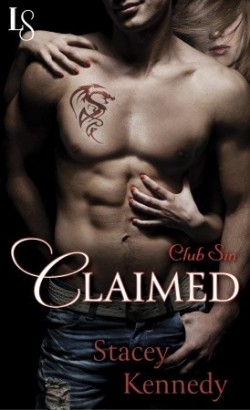 “Claimed has the right amount of sexy, pushed me far to my soft limits without getting close to my hard limits…” ~ Under the Covers

BDSM can be tricky for certain readers like myself. I have hard limits when it comes to the books I read that may be soft for others. Claimed has the right amount of sexy, pushed me far to my soft limits without getting close to my hard limits if that makes sense.  I thought this book was realistic in terms reactions from someone just starting to dab into this world.  Presley’s response to her first exposure to “the dungeon”, her first time as a sub and her reactions to her hard limits were all very believable.  I really like her. As I said, it takes humongous balls for anyone who is willing to come out of her shell and I applaud her for doing just that.  Dimitri did a good job as a Dom as well.  He knew Presley’s hard limits and honestly, as soon as he fell for her, they became his hard limits too.  As a couple, Dimitri and Presley were plenty hot and enough romantic, making their story a great read.  Ms. Kennedy made a fan out of me, no doubt about that.

*ARC provided by the publisher in exchange for an honest review

Did you like this review? if so, please tell us your thoughts in the comments! 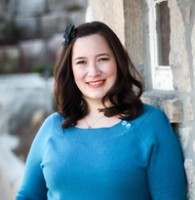 STACEY KENNEDY is the USA Today bestselling author of the CLUB SIN series. Growing up, Stacey's mind wandered the path less traveled and that path most often led to love. She has always broken rules and she continues to feed off emotion – staying true to her heart. Those traits are now the bones of her stories. She lives in southwestern Ontario with her husband, who puts any of the heroes in her books to shame, and their two young children. If she's not on mom duty or plugging away at a new story, you'll find Stacey camping in the summer, hibernating in the winter and obsessing over Penny Dreadful, Game of Thrones and Sons of Anarchy.

I was fortunate that I had gotten the ARC of this book… Two words GREAT READ … Here is the link to my review that I posted on GoodReads:
https://www.goodreads.com/review/show/660746534

Under the Covers Book Blog
Admin
Reply to  Beckey

Thanks Beckey, I agree, it is a GREAT READ!

Lol Angela thanks for the great review!

#BookReview: “Claimed has the right amount of sexy …” ~ Under the Covers | Romance at Random

[…] “Claimed has the right amount of sexy, pushed me far to my soft limits without getting close to my hard limits…” ~ Under the Covers […]