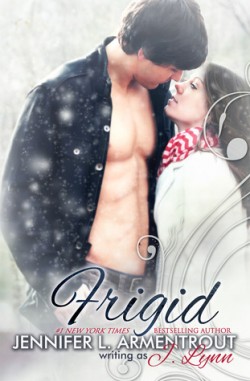 Lynn enjoys sliding in some suspense, which I think has become a bit of a trademark for her now. ~ Under the Covers

I’ve enjoyed most of J. Lynn’s aka Jennifer L. Armentrout’s work so I was very excited to read another NA Contemporary after having liked Wait For Me. I was a little hesitant to begin this book mainly because of the blurb. The words “man-whore” are in it and although I love books that transform those rakish heroes into a committed man, I think the main reason why I wasn’t sure if I would like it was because of the age range. I can deal with an older guy being a slut. But for some reason, when you’re in your late teens or early adulthood, I associate “man-whore” with “douche”. This may just be me and how my brain works but I just wasn’t keen on the idea.

Once I started, some of my fears manifested. I definitely thought there were some things that Kyler shouldn’t have done or said because it put him in a bad light. And already being skeptical going in, I simply found myself focusing on those aspects much more than if I didn’t care so much. Some manwhores are gentlemen. When they turn another woman, however small a part, they can do it smoothly without hurting the other girl’s feelings. I thought Kyler seemed to callous at first and only became flirty with Syd and she wasn’t having any of it!

Moving onto Syd. I liked her, as I do all of J. Lynn’s heroines. However, that’s also were I rose an eyebrow. I felt that if you replaced Syd’s name with any other of Lynn’s heroines, you could find that the narration would still work and still be true to the character. That being said, I felt like Syd was just like all of Lynn’s characters in the past. They are strong and quite independent, which isn’t a bad thing to be, but I was hoping for some variety in personality. They all seem quite similar as of late. And when you’re constantly going back to read these books from the heroine’s POV, it can become a bit boring that way.

As far as the storyline…I liked it too, but felt that it was a little overdone in the genre already. However, I think it’s far more lighter than other NA out there. Lynn enjoys sliding in some suspense, which I think has become a bit of a trademark for her now. She does it a lot in her other books and it seems to be working fine!

Since I believe that this is the first in the series, I am hoping that Tanner gets a book. From the get-go, I was very intrigued by his character. I am just hoping that his story is a bit more original than this one.

All the rumors you heard about her state aren’t true.

Well, mostly. When she's not hard at work writing, she spends her time, reading, working out, watching zombie movies, and pretending to write.