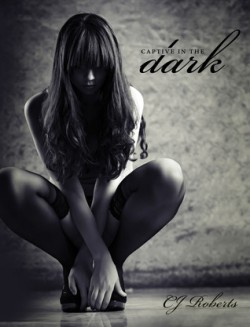 Captive in the Dark
by C.J. Roberts

[Captive in the Dark]  kept me riveted. I found myself totally absorbed in the story, wanting to know how everything ended. Your attachment to the heroine is almost immediate because Roberts instills so much fear in her, you can’t help but feel her anguish yourself. ~ Under the Covers

When I picked up this book, I was warned that it would be dark. I like dark books, and it figured that this would be something I’d be interested in. From its very first page when Caleb is overlooking a girl waiting at a bus stop, I was entranced by this novel. The major reason being Caleb. This character scares and intrigues me in equal measures. There’s just so much about him that I am dying to know.

I know a lot of readers called him a monster. I don’t know if I can fully agree with that. I understand that what he does is wrong, but also, as a Dom, Caleb doesn’t really do anything too bad apart from kidnapping Livie in the first place. Caleb keeps her blindfolded and bound. He washes her. He feeds her. He gives her pleasure. Even as he does all those things, he does it with a light touch.

It’s only when Livie purposely disobeys him and acts out when he is forced to punish her. And truth be told, Livie is a hardened survivor. She won’t go down with a fight. That surprised me and also made me admire her a lot. However, that toughness also pushed Caleb to punish her because of her actions as well. That being said, I think it was necessary. The story wouldn’t have been so gripping if Livie gave in to quickly. It also wouldn’t have painted Caleb as a dark and mysterious character.

This book kept me riveted. I found myself totally absorbed in the story, wanting to know how everything ended. Your attachment to the heroine is almost immediate because Roberts instills so much fear in her, you can’t help but feel her anguish yourself.

At the same time, I could also understand Caleb’s character as well and comprehend what drives him. He takes pleasure in her fears. He likes it when she acts out. This might sound totally inappropriate but whenever Livie acted out, I couldn’t help a choked laugh because I knew what was coming. There are not many heroes that have the same presence as Caleb does, and for that, you know you have a true gem in your hands. I think fans of Tiffany Reisz’s Original Sinners would enjoy this series. Caleb reminds me of Soren a little bit. Both are scary mofos that intrigue you despite the danger.

Her debut novel, CAPTIVE IN THE DARK, has sold over 150,000 copies and is the first of three books in her bestselling and award winning series DARK DUET.

She was born and raised in Southern California. Following high school, she joined the U.S. Air Force in 1998, served ten years and traveled the world.

She writes short stories under the name Jennifer Roberts.

Thanks for the heads up in this new to me author!

Seduced in the Dark was incredible. It explains a lot of Caleb’s behavior.
Epilogue was ok, really got Caleb’s sick humor.

Most computer users print black and white documents versus
printing full color pictures, so it is not a serious problem.
All of us know that anything supersonic is meant to be beyond the speed of sound.

Refferencement naturel or organic and natural SEO may also help
your organization and conserve you income that you simply spend on paid out
adverts.