Isabella : “Rose O’Neill, it’s great to meet you. Thanks for letting me chat to you, there seems to be a little curiosity and confusion about your particular gifts and I wonder of you’d mind talking to our readers and telling them a bit about yourself?”

She gives me a shy smile, turns away to glance out the window then abruptly turns back to capture my gaze fully. She’s a stunning young woman, tall with long auburn hair, pale skin and freckles with a wide mouth and deep grey/violet eyes… You can almost see her mind turning though she sits relaxed with one jean clad leg casually crossed over the other. Her soft white tailored men’s shirt is open at the throat, with a splash of color from the yellow bandana tied lazily that draws the eye. It’s an easy elegance that suits her.

Rose: “I spose you want to know how it works. But you should know of all people…”

Isabella: I grin. “I suppose I do. You’ve been with me a very long time. But they want to know too. They want to know how it feels? Whether you’ve learned to control it yet and what of your brothers? Can you tell us anything about their particular gifts? Did both your parents have it? How many of you are there? What happened to your Mother? How is it you’re Irish, yet your brothers sound Scottish?..And…”

Rose: “Steady on. Give us a chance then.” She smirks then picks up a hand, intent on studying her palm, the long elegant fingers…and just when I feel I should say something else, she begins to speak, and I am caught up in her tale once more.

Rose: “I dunno the why’s of it, just what Da and the lads told me. As you know, I didn’t understand what was happening to me at first, and I was too afeared to say anything. I thought I was going mad. Thought for sure that I was imagining things you know? That one day I’d awaken at the funny farm wrapped in one of those white coats ye canne get out of.

Then I found a book on astral travel and thought, maybe that’s all it tis… But it got…more.

By then, well…I was in so deep and feeling and doing things in another’s body, that I could barely even imagine and yet I knew. Knew I had to confide in someone. I just didn’t realize that my…my happenings, the Quickening it tis, was noticed.

There’s seven of us altogether.

Ma was a Scotswoman, Da stole her away from her clan when she was just a young woman. She was a beauty and much prized, so her brothers followed her here determined to take her back again. But she had a belly full with Tiarnán by then, and it was said, that she loved my Father something fierce, and refused to be parted from him. They were wed before her brothers returned went home empty-handed and she bore Da five strong, healthy sons, Tiarnán, the twins, Michael and Jack, Damon, then Eoghan and finally they got me. Da says she was right pleased about that. That she’d always wanted a wee lass of her very own. But I never knew her, she died not long after I was born. Tiarnán and the twins especially have a brogue that Da says is all her yet tis neither Scot nor Irish, but a blending of both. Seems rather fitting if you ask me. Anyway, we all have it to some degree, guess it’s just more noticeable at times in the elder lads. Da of course, is as Irish as the day is long. Kind of nice having something of her don’t yo think?.”

And though she looks at me as though for confirmation, she’s not really seeking it, besides, the pause is only momentary before she again picks up the thread of her story and continues. Spellbound once more, I smile and listen…

“So… You asked if I’m getting a handle on it.

It’s not like rocket science after all, and nay doubt you’ve heard that it’s different for all of us. Mine, seems to be tied to people I know or have met. It takes various forms.

She again looks down and a little color tinges her cheeks until she lifts her head high and looks at me again, as though daring me to say different.

“I used to be embarrassed by it, you know…finding myself in sexual…predicaments with people I know. But now…well, guess it’s like most things, you get used to it.

I shouldn’t really speak for the others, especially as your readers will no doubt be reading about their tales soon enough. I can tell you this much I guess though; Tiarnán has the biggest burden by far. He’s rudely thrust back in time and yanked forward again, never really belonging to either one. I suspect he loves a woman there and that he can’t abide living without her here

The twins do everything together and their tastes, their sexual appetites as it were… Don’t look at me like that, I’m not a child! …And if you’d seen what I have, you’d not be judging.”

I cock a brow in protest and open my mouth to agree wholeheartedly, but close it again and wait instead for her to continue.

“Truth be told, I’m not really sure exactly what they get up to, except they’re partial to sharing the same woman and a have a taste for whips, rope and the like. Their minds can make others see what they see and in the seeing they can make them…feel.

Damon is the only one with a true Quickening as Da sees it. He has the gift of projecting himself forward, the gift of knowing what will be…though he says that sometimes he’d rather not, if you know what I mean.

Eoghan has always had his, right from the time he was little, he sees those who’ve been before. He’s the luckiest. He can see and talk to our Mother whenever he’s of the mind to.

It’s more than that for them all, but you get the idea. Da has it too, like his family did and those still living do. It came from his bloodline, from way back in time until the ways of it are blurred. It wasn’t something recorded as I’m sure you’ll understand that there were times when being different, having more was dangerous.

So there’s a few of us and I’ve since learned about my cousins, but that’s another story for another time and mayhap you’ll hear my Da’s too oneday. He can tell you all about him and Ma  far better than I can, and what happened to her in the end.

I’ve answered all your questions, so I’ll be on my way now…”

And given my head a whole lot of new ones. Guess I’ll just have to visit each and hope they share their stories with me.

Isabella: “Of course Rose. Thank you so much for sharing, I hope to hear more of you… 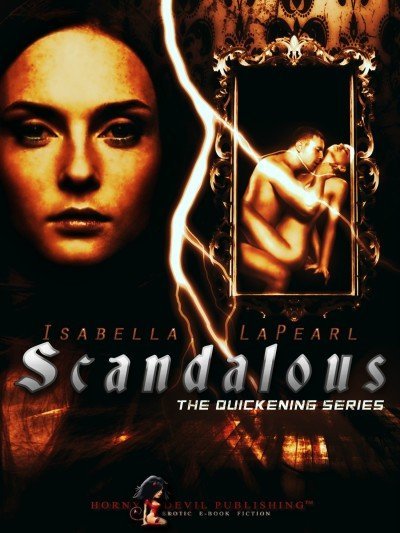 Rose Tralee O’Neills’ ancient bloodline can be traced all the way back to 360AD. With six brothers, the family name is destined to continue well into the new millennium.

But there’s a secret; a boon well-guarded through the centuries that can only be passed on through a paternal line. One that will shatter the bonds of reality as it awakens inside Rose. 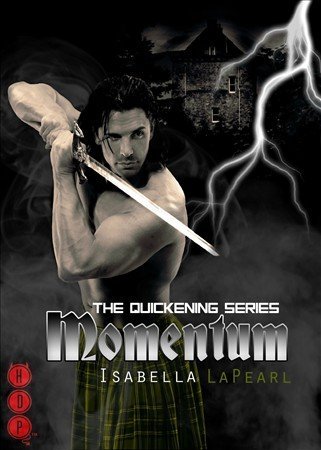 Born and raised in New Zealand and living in America, Isabella LaPearl is a pseudonym for a disgustingly happy housewife and Mother of three. A word painter and artist, I wrestle daily with the ‘little people’ that live inside my head, demanding to be spread on the pages of the tales that I weave. Then…and only then, is there peace.

Isabella is giving away an ebook copy of Scandalous.

i would love to read this book

I’m unfamiliar with Isabella LaPearl’s Author Override but I look forward to finding something new! Thanks for the giveaway!

I want to read this book and the books that follow. This one sounds so intriguing, I have to read it. Thanks for your giveaway.

Isabella LaPearl is a new author to me. The book looks very intriguing. I love paranormal romance.

I’m intrigued by this series!

Congrats to Isabella on the new release! This is the first I’ve come across her books and I’m definitely interested 🙂

Sounds great! 🙂 Adding to my wishlist!

Isabella is a new author to me, but I’m loving how this book sounds. Just added it to my TBR list. Thanks for the giveaway!

Isabella *waves* Tena koe e hoa!!! Tis’ a great overload you’ve shared thank you! Rose has a fan in me but I must admit I have a soft spot for tormented souls and I can’t wait to meet Tiarnan. Oh and another soft spot for chains,whips etc so the prospect of meeting the twins *fans self* bring it! *grins wickedly*

Fellow readers….if you haven’t read Isabella’ work fear not as she is a great romance/erotica author. Great enough to have co-written with ‘Shayla Black’ and ‘Jenna Jacob’. I’m definitely a fan and have Isabella on my “auto-buy” list.

What a fabulous post. I’m looking forward to reading this series.

This error message is only visible to WordPress admins

There has been a problem with your Instagram Feed.