A Story of the Vampire Warrior Kings

Taken by the Vampire King Blurb:

Henrik Magnusson is supposed to be immortal, but a mysterious ailment leaves the vampire king near death, and not even the blood of the Proffered, human virgins trained to serve the elite, can sustain him. Then he rescues a beautiful young woman from his enemies, and is filled with blood lust and desire he hasn’t felt for centuries.

Photographer Kaira Sorenson’s life takes a nightmare turn when she’s attacked by blood-thirsty creatures—and saved by a vampire. She should be afraid of Henrik, but she can’t deny her intense attraction to this regal, enigmatic being—nor the fact that her blood may be his only salvation. Now she must decide if she’s willing to be his forever…

Henrik’s back slammed against a brick wall, the darkness of the narrow alley sheltering their trio from the tourists thronging Tromsø’s streets.

Lars stood at the entrance, making sure no one developed an unhealthy curiosity.

Jakob got right up in Henrik’s face, forearm pressing into the king’s chest. “What happened?”

He shook his head, swallowing thickly, his hunger burning so intensely it was almost a living thing within him. “Wanted her,” he rasped. It hadn’t been a decision. There wasn’t anything rational or conscious about it. From the first moment she’d approached him, he was awash in her appealing scent, like the smoky berries of a vintage wine or the rich bite of an aged, dignified whiskey.

“I wanted her.” He knocked his head against the brick. Even now, he couldn’t shake the image of the vein’s rhythmic dance along her slender neck or of the luscious dip of her cleavage, both displayed so invitingly by her upswept hair. His fangs throbbed with a want and a need he couldn’t remember feeling in ages. Not to mention the aching hard-on between his legs.

“Straight out no-shit bloodlust?” Something like hope sounded in the warrior’s deep voice.

“Ja.” Henrik heaved a deep breath of cold January air as his imagination unhelpfully replayed how it would’ve gone down. Tearing the gown from her trim body. Holding her curves in his hands. Bearing her up against the wall. Sinking his fangs and his cock in deep until every dark, needy part of him was sated.

“I’ll get her.” Jakob turned away.

The king slammed his hand down on his brother’s shoulder and gripped hard. “Nei.”

Because he wouldn’t be able to stop.

Once he got a taste, something base and instinctual told him he wouldn’t be able to make himself stop. He’d been so close to the edge of his restraint in the gallery. Only the sound of her voice had pulled him back from the brink.

All he’d wanted was a night out of their mountain citadel, away from the looming promise of death. He thought the jovial atmosphere of the festival would distract him from all that was to come. Instead, it had thrown it right in his face. Christ, he was a catastrophe waiting to happen, already more beast than man. He shook his head again. “I’ll fucking kill her,” he rasped.

Acid washed through his gut. “You willing to risk an innocent woman’s life—or her soul—to see which of us is right? I’m not.” He shuddered, the danger of becoming like his evil enemies one of his greatest fears. “Leave her be. I’ll not have it any other way.”

Laura is the New York Times and USA Today bestselling author of a dozen books in contemporary and paranormal romance. Growing up, Laura’s large extended family believed in the supernatural, and family lore involving angels, ghosts, and evil-eye curses cemented in Laura a life-long fascination with storytelling and all things paranormal. She lives in Maryland with her husband, two daughters, and cute-but-bad dog, and appreciates her view of the Chesapeake Bay every day. 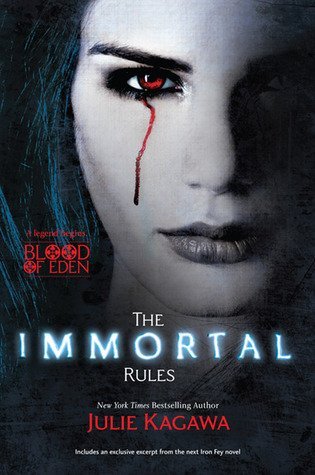 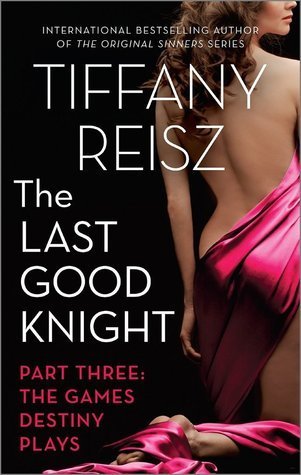 Sounds so good. I need to start this series v