Torn Between Two Lovers – The Timeless Temptation of the Love Triangle

What happens when you’re in love one with person, but still want someone else? It’s a classic dilemma dubbed a “love triangle.”

The first love triangle I read was D.H. Lawrence’s classic Lady Chatterley’s Lover. I was a teenager (the TV triangle I was obsessed with at the time was the budding Caroline/Ridge/Taylor storyline on The Bold and the Beautiful), and two things struck me about Lady Chatterley’s Lover: for a classic novel, it was crazy sexy. Secondly, I felt for the heroine, Connie. She got married, and then her husband got wounded in the war and could never have sex again. When she falls in lust with the ruggedly sexy gamekeeper Oliver Mellors, it is tough to blame her. (It should be noted at the time I could barely imagine one boyfriend, let alone two men in my life.)

But there were obvious challenges in making Connie’s story contemporary. In the early 1920s — the setting of the original Lady Chatterley’s Lover—  women didn’t have as many options outside of marriage as we do today. And once you were married, that was pretty much it. Divorce was the express train to scandal and potential ruin.

So how could I portray Connie’s stressful choice in a world in which we can pretty much do whatever we want?  And if she cheated on Cliff, was there a way to make her sympathetic?

The answers came when I read a surprising (or maybe not so suprising?) study announcing that a significant percentage of women would rather have more time to Facebook than time to have sex.  I started thinking that our obsession with screens and devices is the “impotence” of our time. The social media that is supposed to make us more connected is making us less connected to those closest to us. And this sparked my ideas for an updated Miss Chatterley, set in contemporary Silicon Valley – the home of Facebook.

My heroine, the modern-day Connie, faces a similar dilemma to her classic predecessor: her tech mogul boyfriend (think Mark Zuckerberg, but cuter) is so stressed out and consumed by work that he can not have sex. What does she do to vent her frustration? She goes to the gym, where she meets CrossFit trainer Oliver Mellors. You get the sense this guy wouldn’t know Twitter from Facebook. But he sure knows his way around a woman’s body. Connie is instantly, powerfully attracted to him – an attraction she can’t resist for long. But that doesn’t mean she has stopped loving Cliff. Does it?

In Miss Chatterley, Connie is not married. She can leave her relationship if she wants. She is free to make her own choices, as are most women in this country, in this day and age. What Connie risks is making the wrong choice. And the emotional fallout from choosing the wrong man is devastating no matter what the era.

Connie is torn between love and sex.  Have you ever been in this situation? Which did you choose? 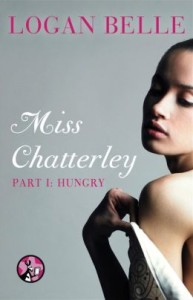 Jamie is a contributor to HeroesandHeartbreakers.com and has worked in book publishing for over a decade as a scout, publicist, and agent. She lives in New York City.  For updates and obsessions, follow her on Twitter.

No I have not had that problem. My husband is the only man I’ve ever wanted.

Nope, can’t say that that has ever happened to me.