THE CELEBRATION IS LIVE AT RIPTIDE!

Collect all of the favorite Cut & Run series quotes today to be eligible for great prizes from Riptide Publishing and Abi Roux! More details about the web hunt can be found here

10. From the very beginning, you can feel the love between Ty and Zane.

“The hell he is!” Ty interrupted as he sat up straight. “I can’t do my job with a…a…poster-boy partner,” he practically stuttered angrily as he flopped his hand toward the squeaky-clean man next to him.

“Sir, it seems obvious,” Zane said, not bothering to keep any edge of disapproval out of his voice, “that his agent needs more than I can possibly provide to help him. Frankly, it will take a miracle to make him even remotely professional. No one will take him seriously.”

“Perhaps you should consider requesting a transfer to professional staff. Or submitting your resignation altogether.”

“Hey, fuck you, candy ass,” Ty snarled without looking over at him.

9. Okay, so maybe not so much in that scene…but we all know that irritation and annoyance is their foreplay. It gets them hot. Take two: you can definitely feel the love in this scene…

“You’re okay,” Zane said quietly but clearly. “Just focus on me for a few minutes. What’s the first thing that comes to mind?”

While talking, he was gently wiping away the blood. Ty blinked at him, opening his mouth as he thought the very first thing that came to mind when Zane prompted him. I love you. He snapped his mouth closed and stared at Zane, unable and unwilling to answer.”

Zane inhaled harshly through his nose as he tried to be careful with the movement of his hips. He wanted to give Ty control over the actions rather than merely fucking his mouth, using him to get off, and probably either drowning or choking him in the process. But Ty used his free hand at Zane’s hip again, urging him to thrust. He really wanted Zane to use him like that.

7. Not to mention, there is hot and fast sex! Win!

“Oh fuck, Ty,” Zane huffed. “Watching you take that…” He moaned and bucked hard twice more before a full-body shudder wracked through him and forced a long, low grown out as he thrust into climax. His cock pulsed between Ty’s lips, and the orgasm seemed to go on forever as Ty sucked and swallowed him through it.

6. Both Ty and Zane are Alpha to the core. Meaning they don’t share. Ever.

“You are mine,” he asserted in that sharpened, confident-sounding drawl. “I know it; you know it. And so will anyone else who looks at you.”

5. You will learn how to settle matters like real men do. (My favorite scene of the whole series)

“Julian, would your friend be able to find a bigger plane for us? One he could fly?” Cameron asked as he turned in his seat. Julian shrugged. “We could ask him.”

“Fine,” Julian said, his tone making it clear he was reaching the end of his patience. “We’ll solve this like men.”

“What do you want, MacGuffin, a duel?”

“No.” Julian held out both hands, one palm flat, the other held over it in a fist. “Rock, paper, scissors. Two out of three.”

Ty rolled his eyes and held out his first, apparently willing to play. Julian hit his palm three times, and Ty kept time with his fist in the air.

But when Julian threw a paper, Ty reached into his jacket with his other hand and pulled his gun, aiming it at Julian.

“Ty!” Zane said in exasperation from the front seat.

4. This is one of the reasons why you will love Ty.

“How is it that you love cats so much and hate all other forms of animal?”
Ty frowned. “I don’t hate all other animals.”
“Horses. Dogs. Chipmunks.”
“They’re twitchy, Zane. And chipmunks have shifty eyes.”
“Moths?”
“They have erratic flight patterns!”

3. This is one of the reasons why you will love Zane:

“Why a compass?” Ty asked. He hadn’t taken his eyes off Zane’s yet. Zane smiled and ran his thumb across the pendant.

“Because you gave me direction when I was lost. You showed me the way.” He looked up to meet Ty’s eyes. “You’re like my very own compass.”

2. But most of all, you should read this series because of its epic timeless romance.

“You told me one time that….I was your compass. I gave you direction when you were lost,” Ty said, nearly choking on the words. He glanced up, eyes reflecting like liquid in the low light. “Well, you were my anchor. You were something solid for me to hold onto. I wanted you to remember that.”

1. Finally, the number one reason you should be reading this series if you aren’t already is that you are guaranteed a great read. Not only is Abigail Roux an incredible writer, but she possess the unique talent of manipulating emotions of reader’s. One moment you are laughing your ass off, then the next moment, you are on the edge with suspense. Suddenly, you’re heart is breaking and within the next few pages, Roux can make you fall in love.

Here’s a little tip: When you read this series, have a defibrillator at hand. You’ll need it a few times when reading this series for the first time.

A great book should seem new every time you read it. That is how I feel when I go back and reread this series. 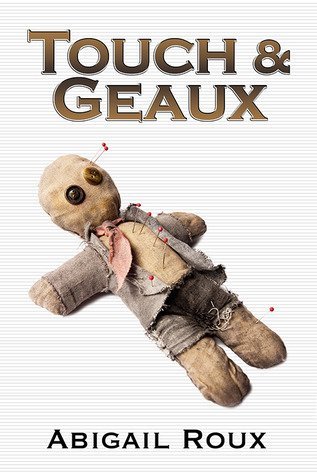 After having their faces plastered across the news during a high-profile case, FBI Special Agents Ty Grady and Zane Garrett have become more useful to the Bureau posing for photo ops than working undercover. Just as Zane is beginning to consider retirement a viable option, Ty receives a distress call from a friend, leading them to a city rife with echoes from the past.

New Orleans wears its history on its streets, and it’s the one place Ty’s face could get him killed. Surrounded by trouble as soon as they land, Ty and Zane are swiftly confronted with a past from which Ty can’t hide—one with a surprising connection to Zane’s.

As threats close in from all directions, both men must come to terms with the lives they’ve led and the lies they’ve told. They soon discover that not all their secrets are out yet, and nothing lasts forever.

TOUCH & GEAUX is book 7 in the Cut & Run series. I would suggest reading the series in order. 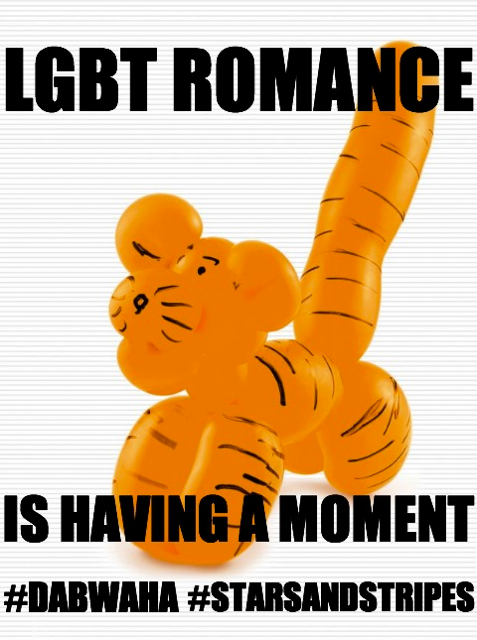 The final round of #DABWAHA is here and Stars & Stripes by Abigail Roux has the opportunity to be the FIRST m/m winner of this tournament.

Voting starts at 10am CST and runs til 10pm CST

Wanna Chat with the author?
You have the opportunity 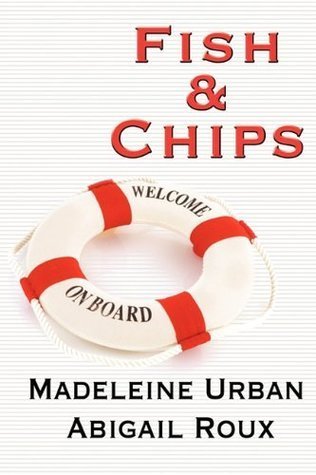 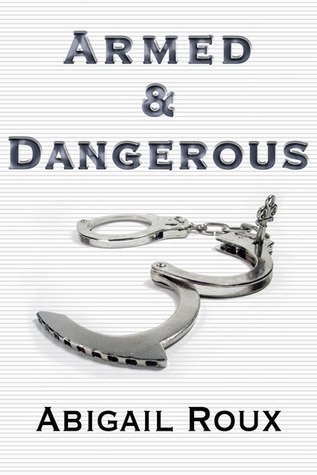 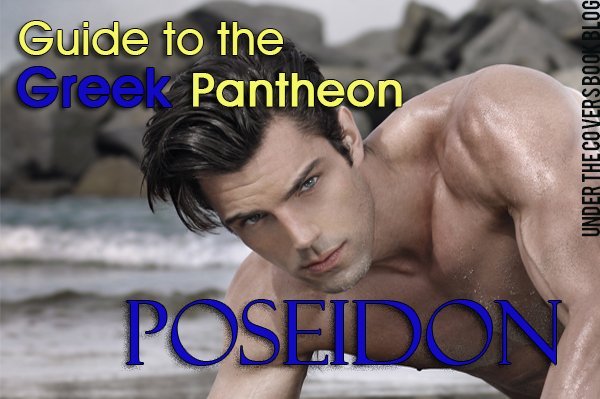 Love this! You had me at m/m! Can’t wait to get my hands on the books.

Under the Covers Book Blog
Author
Reply to  Gokce

Wooo hoooo! Hope you love it as much as I do, Gokce!! xoxox

Under the Covers Book Blog
Author
Reply to  Ramona

LOL, yay! So glad you liked my recap. There are sooo many good scenes in this series, it was hard picking just 10!

oh, Annie – that was PERFECT!!!! LOVED reading all those quotes and taking me back to those epically wonderful moments!! xoxoxo

Under the Covers Book Blog
Author
Reply to  Leigh

Thanks, babe! You know just how much I love Ty & Zane!

Same, that’s why they’re the best!

Under the Covers Book Blog
Author
Reply to  Johanna Jochum

Hey JOhanna! Love this series so much!

I seriously need to get and read this series!

I need to start this series.

I hope you love it as much as I do!