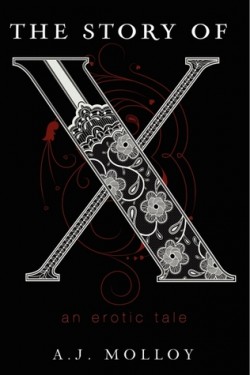 The Story of X

“It’s one of the most unique romances I’ve read in a long time.” ~Under the Covers

Alexandra Beckmann, also known as X, is an American graduate student working on her thesis in Naples, Italy. She’s there to study the Camorra, an Italian crime organization, but also wants to take in the gritty nature of Naples, one of the most un-touristy cities in Italy. She and her Brit friend, Jessica, spy a man while having drinks in a café. He is the infamous billionaire, Lord Marcus Roscarrick, a beautiful, seductive member of the Neapolitan aristocracy. He is immediately drawn to X, and they begin a passionate affair. X is no innocent, but she’s far from experienced in the realm of sexual pleasure. Marc vows to introduce her to pleasure beyond what she has ever known; to be his lover, she must enter his mysterious world, a exclusive realm of sexual ritual that has its origins in antiquity. Her indoctrination is not without danger, as Marc has a mysterious past of his own.

I had no idea what to really expect going into The Story of X. With the explosion of “billionaire BDSM dabbler meets innocent college girl” plots lately, I guess I assumed that this would be another variation on the popular theme. And it was, but I was really surprised with this one! A.J. Molloy writes in first person, which happens to be a favorite perspective of mine, so kudos for that. I don’t care if it’s the stamp of teen fiction, I love it! It’s angsty and real and draws me in. She also has a stream of consciousness style, which makes for some interestingly long and wordy sentences, but I found that they worked and propelled the action in the story once I realized that this was purposeful . X is naïve, but likeable. She has some moments that could be classified as TSTL, but it didn’t impact my enjoyment of the story. I’ll give her a pass for being young and in a foreign country. Marc is quite a beautiful, tortured man. He could have been too aristocratic and therefore, cold. But I found him, warm and sensual and very adept at pleasing X. He’s a giver 😉 and he loves her. One of the strengths in the story is the characterization of southern Italy.

Molloy’s descriptiveness is rich and detailed, but not sugar-coated. She clearly knows the region well and I could vividly picture her scenes in my head, from Pompeii to Calabria. They’re sensual and languid, with a criminal element lurking underneath. If you’re offended by the movie Eyes Wide Shut, ritualistic sex, or discussions about organized crime, then you may want to pass. I, however, felt extremely sucked into the unpredictability of the whole story. I had to know about X’s next task to endure and about Marc’s hidden past. There are some unique twists and by the ending, my heart was in my throat. For full enjoyment, suspend your disbelief a bit, or you may be scratching your head at how it all comes together, but I don’t regret it at all. It’s one of the most unique romances I’ve read in a long time.