Ten Things You May Not Know About Damon Brock

When I first started writing my Execution Underground paranormal romance series, I had a big decision to make. With six supernatural hunters all of varying specialties and backgrounds, I had to choose in what order I was going to write their books, not only based on what would appeal to readers, but what would be beneficial to me as an author. After playing around the characters, discovering their background and generally getting to know them, I knew two things for certain: 1. Werewolf hunter Jace McCannon was going to be the first hunter I wrote about and 2. Vampire hunter Damon Brock, leader of the Rochester division of the Execution Underground (the division which the series focuses on) was going to be last…dead last.

It wasn’t that I disliked Damon’s character; it was that I knew absolutely nothing about him. Jace McCannon, the hero of the first full length novel of the series, Twilight Hunter, is an open personality. Jace has never had difficulty vocalizing his opinions and feelings. He’s by far the most reactionary character of all the hunters, so finding Jace’s narrative voice—a voice which is crass enough to make even the most veteran of sailors blush—was easy as f**k, as he would say. On the other hand, Damon’s character is the least expressive with his emotions. Damon is cold, calculating, and distances himself from everyone and everything, so despite how much the mysteriousness of his character intrigued me, I was dreading (yes, you read that right DREADING) the day I had to write Damon’s book. Naturally, I thought if I placed him as the very last book of the series, by the time I had to write that book several years down the line, I would’ve learned enough about his character to be comfortable with writing from his point-of-view.

Boy, was I wrong. So wrong.

Only a matter of months after I received the initial contract from the series for Harlequin, I received a phone call from my agent, Nicole Resciniti. Harlequin was offering me an amazing opportunity: a chance to be featured in an anthology titled After Dark alongside a Lords of the Underworld novella by New York Times and U.S.A Today Bestselling paranormal romance author, Gena Showalter. For a newbie paranormal author to pass on that sort of opportunity for their career, they’d have to be certifiably insane.

But here was the catch.

Harlequin needed the short 50,000 word novel for the anthology written and polished enough to be on my editor’s desk within exactly one month from that date…and they wanted that short novel to be about the origin of the Rochester division…the prequel story of its founder, Damon Brock.

So amidst the excitement of the amazing opportunity, my constant thought was: “How in the hell am I going to pull this off?” Though I’ll be honest and say the thought was in a little bit more colorful language—Jace and I have a lot of things in common. 😉

Honestly, I still don’t know how I managed it. The time frame of that month goes by in a blur of word counts, pages written, edits, and trying to put the fragmented pieces of Damon’s past together. But somehow, by some form of miracle, Damon’s prequel novel, Shadow Hunter, landed on my editor’s desk in time. Now, in exactly two months on June 25th 2013, Shadow Hunter will be released with Gena’s novella in the After Dark anthology in both trade paperback and e-book formats.

So in anticipation for the upcoming release and blog tour, Under the Covers has given me the opportunity to share with you ten of the hundreds of facts I learned about Damon Brock while writing his novel. Enjoy!

Thanks to the lovely ladies of Under the Covers for allowing me to guest post on their site! I look forward to being back again during the Shadow Hunter Blog Tour! 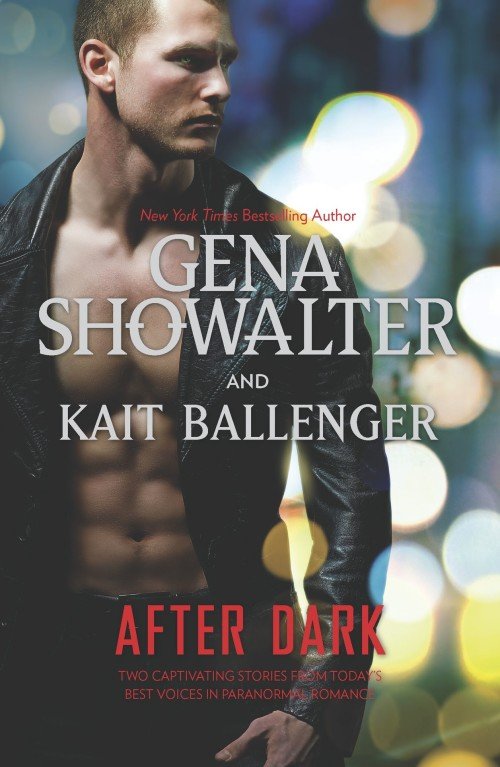 Vampire hunter Damon Brock’s first assignment with the Execution Underground is Rochester, New York, a city crawling with the undead. But he isn’t the only hunter in town gunning for vamp blood. Tiffany Solow is fierce and ruthless when it comes to slaying the monsters that destroyed her family-and she works solo. But being alone is no longer so desirable when she meets the mysterious hunter who wants more than just her turf. As they work to massacre the local covens, the line between good and evil blurs when they are forced to decide between their lifelong beliefs… and their newfound hearts. 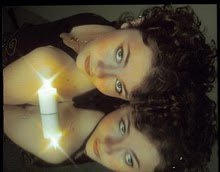 Kait Ballenger is a full-time paranormal romance author, wife, bellydancer, graduate student, and soon-to-be-professor. She is the multi-published, award-winning author of the Execution Underground paranormal romance series. With a B.A in English from Stetson University, Kait is currently earning an M.F.A in Writing. Kait believes anything is possible with hard work and dedication. One day, she hopes to be a bestseller and to see her novels on the big screen. Look for the next two books in her page-turning Execution Underground series: Twilight Hunter, book one (August 2013) and Immortal Hunter, book two (January 2014). For more information, please visit www.kaitballenger.com or follow her on Twitter @kait_ballenger.

Thanks for hosting me on your blog, ladies! I had a lot of fun! Can’t wait to be back again!

Hi Kait,
thnak you for sharing this about Damon!! He’s my fav hunter right now too!! Being a Lucky reciever of an ARC of your story – buy it, read it – YOU WILL NOT REGRET IT!! <3

Aww thanks, Sabina! I’m so glad you love the books. Damon is definitely my favorite hunter, but the other ones all have their own special place in my heart as well. =)

Wow! You’re like Superwoman 🙂 Great blog, Kait. Just the beginning of many wonderful things for you. Great start…can’t wait to read them all 🙂

Thanks so much for the support, Diane! I try to be Superwoman, but most of the time I fall a bit short lol.

wow I just finished reading Shadow Hunter and only learned a few of those things. I can see how Damon can be hard to write for, since he keeps everything to himself. I’m really looking forward to Jace’s character because loud and crass and opinionated is definitely more my kind of hero! But after Shadow Hunter, I’m curious to see how Damon’s character changes even more!