For the last two months, Brianna has discovered something she never thought she would again. Hope. After the horror of being Ian’s slave for ten months, a fate she never imagined she’d escape, it feels as if she is living a dream. She has freedom she hadn’t expected to have again, and she wakes up every morning not fearing what the day will bring. There is also Stephan. The man who saved her from the daily torture she had to endure at the hands of Ian and his friends. The same man who makes her heart race with just the thought of him. Life is good.

Outside forces are determined to conspire against them, however. When Brianna’s father shows up on her doorstep, it sends her world spiraling out of control. He brings with him new information about how Brianna ended up in Ian’s clutches, but will it make a difference? Will Stephan be able to find a way to make Ian pay for all he made Brianna suffer? As Brianna and Stephan try to find out the truth, their relationship is tested. She is forced to face her past head on, and deal with the ugly reality of what happened to her. Will Stephan’s love be enough to see her through her newest challenge, or will the fragile trust they’ve built come crumbling down around them as the truth makes itself known.

Sherri is the author of several novels, and a short story, A Christmas Proposal. She lives in central Ohio with her husband and three cats. Her mother fostered her love for books at a young age by reading to her as a child. Stories have been floating around in her head for as long as she can remember; however, she didn’t start writing them down until she was thirty. It has become a creative outlet that allows her to explore a wide range of emotions while having fun taking her characters through all the twists and turns she can create. When she’s not writing, she can usually be found helping her husband in his woodworking shop. 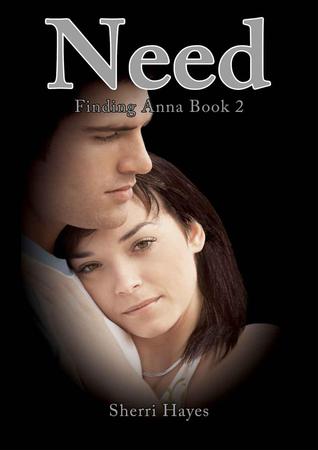 I love this cover! It is spot on for the story behind Truth! My favorite of the three so far!

Thank you, Timitra. If you haven’t checked out Slave and Need yet, then you’ll want to do that first. Truth is the 3rd book in a continuing series that really does need to be read in order.

Do we really have to wait until July???
Love the cover– Anna is perfect, although I usually want a sexy guy to feast on. How about letting us know what Stephan looks like—when you write about him?? Any music to create by??

Maybe little snips of bk 3 through the months until July???

CaryLory, lol. Yes, I’m sorry, but you do really have to wait for July. I tend to lean toward Parker Gregory for what Stephan looks like. It also helps that they are the same age. As for music…when writing Stephan and Brianna, I tend to lean more toward classical music. It’s different for every couple I write. When I was writing Behind Closed Doors, I listened to a lot of pop. For Red Zone, it was country. You might want to follow my Facebook page. Last Monday I posted an exclusive sneak peak of Truth on The SUBCLUB blog, and… Read more »

Great cover. I need to look into this series.