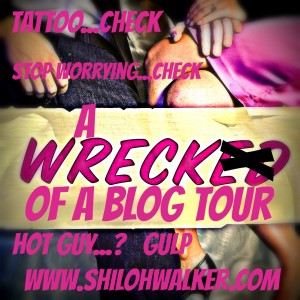 Shiloh’s WRECK OF A BLOG TOUR!

She’s out to wreck her life…he’s out to remake it…check out Shiloh Walker’s WRECKED. In the nineties, Abigale Applegate and Zach Barnes were the most beloved sitcom child stars in the world. Then they grew up and left Hollywood behind…

Whatever happened to Abigale Applegate?

She’s been wondering the same thing.

With her Hollywood dreams long gone, Abigale now has a nice, neat, uncomplicated life—until the day her perfect fiancé needs to talk. Dumped, a little more than shattered, and totally confused, Abigale turns to Zach, her best friend since forever, to help her pick up the pieces. He does it with a gift—a copy of Wreck This Journal. She can vent her frustrations, and sketch out a new plan. Zach just hopes he’s part of it. Because he’s been in love with Abigale his entire life.

When the journal falls into Zach’s hands, he discovers Abigale wants a new man. And fast. Nothing more than a hot distraction. Zach has a strategy, too. He’s going to be that man. It’s his last chance. Abigale might be out to shake up her life, but Zach’s out to reinvent it. Now, all he has to do is convince Abigale that life can go as planned.

“What in the hell just happened?”

Zach’s lips touched the back of her neck. “Well, I’m no expert, but I think you kissed me,” he said, his voice teasing. “And I’m pretty sure we both enjoyed it. But maybe we should try again.”

And then she found herself on her back, staring up into a pair of dark blue eyes that she knew very, very well. They’d always seemed to glint with mischief, or trouble . . . but she’d never realized just how much they glinted with that kind of trouble.

As his mouth came down on hers again, Abby barely had time to catch her breath. Then she was wondering why she’d even bothered. He stole the oxygen right out of her with his kiss. His tongue stroked along hers, moving into her mouth with an easy assurance that belied his words.

A WRECKED OF A BLOG TOUR mini interview

Q: Do you have a tattoo?

Shiloh: Yep…it’s a feather quill on the back of my right shoulder.  Quills…writers.  Made sense to me.

Q: How do you feel about friends to lovers romances?

Shiloh: I’m very partial to them…I married a guy I’d been mostly friends with all my life (I say mostly because I’d had a crush on him since I was 11.)

Q: Have you ever used the WRECK THIS JOURNAL thing?

Shiloh: I bought one…it inspired the idea behind WRECKED.

Q: Do you journal?

Shiloh: I played with the WRECK journal, and still have it sitting on my shelf.  Did a few ideas inside it while I was writing the book, but I’m not much of a journaler.  I do most of my writing in my books and my blog.

Q: Are you more like Zach (just let life happen) or Abby (try to plan things out)?

Shiloh: Mostly Zach…I let life happen, but I do tend to try and control stuff.  I can’t plan worth crap, though and organization evades me.  That would drive Abby nuts.

Answer the Qs and play along!  Win a date with me & my laptop…or a copy of WRECK THIS JOURNAL.

Do you have a tattoo?

Francesca: No, but I can’t wait to get one.  I’ve wanted one for the longest time and I have two places I want them but just haven’t come up with the right idea for what to tattoo.  It had to be special so I’m waiting for special.

How do you feel about friends to lovers romances?

Francesca: Love the trope.  It makes me all happy, and giggly and gooey inside.  That is to read about it.  Would I consider it in real life.  Hell no.

Have you ever used the WRECK THIS JOURNAL thing?

Francesca:  I can’t say I’ve ever even heard of it until this book.  But after reading WRECKED I’m starting to see the appeal.

Francesca:  I used to when I was a kid.  After I realized I’m too lazy to sit down and rehash my day on paper I gave up on the idea.

Are you more like Zach (just let life happen) or Abby (try to plan things out)?

Francesca:  I am more like Zach.  Life is meant to be lived not planned.  Although up to when I was 18 I was 100% Abby.  Just quickly realized that Zach’s POV is a lot more fun and have never looked back.

**I’ll buy you a drink ~I can’t buy you alcohol if you’re under 21, though~ we’ll sit there and chat and while we drink, you can have ten minutes to poke around on my laptop (FYI, you won’t have access to all my books…but the winner gets a sneak peak at coming soon projects…ten minutes, max, and there will be no pictures, no copying, etc…)

If the winner isn’t able to attend either function, I’ll send you a GC for the cost of two drinks (approximate value is probably about $30 ~going by RT drink prices ~to BN or Amazon). 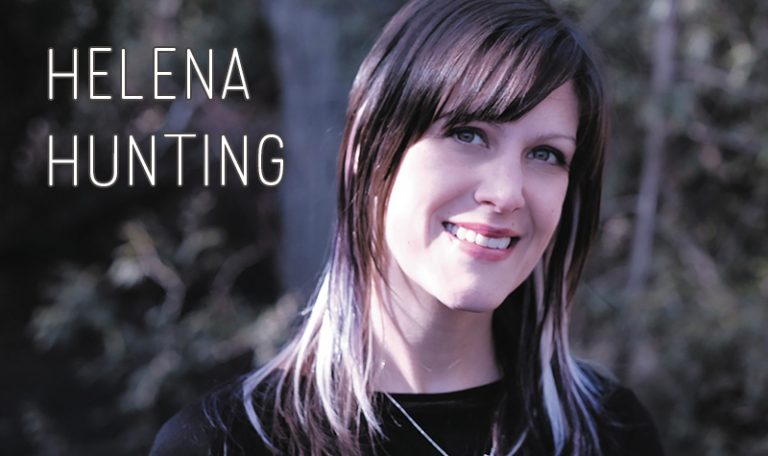 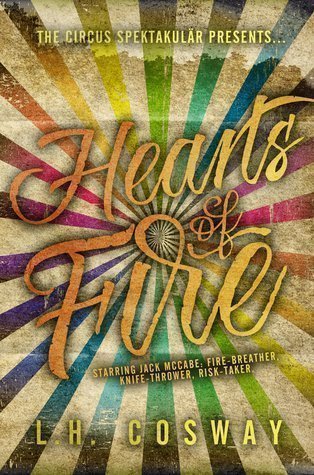 I have three tattoos and love them. Thanks for the awesome giveaway.

I have 6 tattoos & love them too 😀 Thank you for sharing 😉

Do you have a tattoo? No, but, I’ve always wanted to get an unicorn. How do you feel about friends to lovers romances? I don’t think everyone can do it, but, have seen it happen. Have you ever used the WRECK THIS JOURNAL thing? Never heard of it before, so no. Do you journal? When I was very young, but quit. Are you more like Zach (just let life happen) or Abby (try to plan things out)? Plans never go the way I want them to, so mostly I just let life happen, and control what can be controlled. Thanks… Read more »

Im all for friends to lovers!! Yes, I have a tatoo. Icually have four. Ne blog. Thanks for the giveaway!!

I don’t have a tattoo. I love reading about friends to lovers romances.

This sounds like a book I would enjoy reading. Thanks for the giveaway

I love your writing and have ever since I discovered it. Love it!

I have my own design tramp stamp. LOL. Friends-to-lovers romances are my favorite kind. Sadly, I’ve never heard of “wreck this journal” before now, though I had tons of journals when I was younger. And I’d have to say I’m more like Abby but have the occasional Zach moment. Thank you for the giveaway!

I have 2 Tats one on each wrist

friends to lovers in books and in Life are awesome!!!! Nothing better than being in love with your BEST FRIEND…

I think I’m related to Zach because I just wait to see what happens I don’t plan everytime I do it goes all to hell so I just let it happen!!!

Thank you for the chance to win and what an AWESOME giveaway!!!
angelalove@uwmail.com

I do not have a tattoo, although I’m thinking of getting one of the bookworm my daughter designed for me. 🙂

I think friends to lovers romances are the best kind! I married my best friend.

I have never used the Wreck This Journal.

My only consistent journaling is book journaling – I write my book reviews in a journal.

I think I’ve learned to be more like Zach after learning that planning out everything doesn’t work. Fate always has tricks up her sleeve, so I’ve learned it’s better to just let the chips fall where they may. 🙂

I have 2 tattoos and plan on getting more.

I don’t have a tattoo or a journal, but I do love a good friends to lovers story.

I don’t have a journal but I do have a butterfly tattoo.

Q: Do you have a tattoo? No

Q: How do you feel about friends to lovers romances? I love them. It gives the characters history and a reason to end up together. None of the hit by lightening and love at first sight!

Q: Have you ever used the WRECK THIS JOURNAL thing? I looked it up and and still don’t know exactly what it is.

Q: Do you journal? No

Q: Are you more like Zach (just let life happen) or Abby (try to plan things out)? I’m a little of both.

I linked my GR to the wrong thing (not my profile). When I tried to delete the wrong link it went through instead! Here’s the correct link http://www.underthecoversbookblog.com/2013/03/shilohs-wreck-of-a-blog-tour.html#comment-44218

I don’t have any tattoos. I love friends to lovers romance…can’t wait to get my hands on Wrecked! I’m more like Abby, I’m a planner!

I wouldn’t be game enough to write a journal. Someone might read it!!

Q: Do you have a tattoo? No…not a fan of needles.

Q: How do you feel about friends to lovers romances? Sure…why not!

Q: Have you ever used the WRECK THIS JOURNAL thing? Nope…although my 15 year old daughter has one.

Q: Do you journal? Nope…used to as a teenager, but not anymore.

Q: Are you more like Zach (just let life happen) or Abby (try to plan things out)? Probably inbetween. I like to plan big things, but the little stuff…just let it happen!

Q: Do you have a tattoo? No, i´ve wanted several but it became so common to get tattooed, so i´m waiting instead. I might be the only one left with unmarked skin =D Q: How do you feel about friends to lovers romances? Love it! Q: Have you ever used the WRECK THIS JOURNAL thing? No. Q: Do you journal? No, but i mark down in a calendar when something special happens, and i do Tumblr & Pinterest which is a journal in its own way. Q: Are you more like Zach (just let life happen) or Abby (try to… Read more »

Yes to tattoos! = ) And friends to lovers are the best kind. Never used Wreck This Journal, nor have I used a journal before.

Thanks for the giveaway!!!

1. Yes, I have a blue rosé tattoo (small). Got it in New Orleans as a celebration of my first divorce. Lol! 2. Love to read books where friends turn lovers. 3. No, I haven’t but may have to try it. 4. No, no journals for me. Don’t want my kids or grand kids to find out how crazy I really am due to what I would write down:) 5. I am probably more like Abby. I plan and always have several backup plans just in case. There are times when you don’t need to or shouldn’t plan but I… Read more »

Do you have a tattoo?
Yes. A Celtic Sisterhood Knotwork with Sisters underneath in Hebrew.

How do you feel about friends to lovers romances?
Like them.

Have you ever used the WRECK THIS JOURNAL thing?
Nope.

Do you journal?
Kind of.

Are you more like Zach (just let life happen) or Abby (try to plan things out)?
A combination of planning and going with the flow.

I have several tattoos and I love them!

I love friends to lovers romances. I had one of those once and it didn’t end well and I lost my best friend. Though, I do love reading about ones that turn out great!

I try to journal but life always get’s in the way. My entries are usually spaced a few years apart