Hi Stephanie! Welcome back! Since you’ve last been here, you’ve recently released a new novella in your Shadow Force series. Would you like to tell us a bit about this book?

Thanks so much for having me back!  And yes, Lonely is the Night is the 5th in the Shadow Force series—it’s a longer novella (about 35K) and it focuses on Reid and Grier, whose relationship ended on a bit of a cliffhanger in the previous book, Night Moves.

What would you say is Reid’s best quality? What do you think he needs to work on?

I’d say one of Reid’s best qualities is his loyalty, although sometimes that can get him into trouble.

Grier is a US Marshall and that makes her tough, independent and intelligence. What was it about Grier that made you want to write a story about her?

I loved that Grier was so well adjusted, despite some tragedies in her life.  She loved her job, had a firm sense of right and wrong.  And sometimes, being so black and white about things can make for some interesting challenges.

Can you take us through your writing process? What are the steps that you take to get a polished and completed book?

Lots of chocolate and Diet Coke.  A soundtrack for each book (which I create when I’m starting the first chapters) and my treadmill, which is where I listen to the music and see the book play out in my mind like a movie.  The actual writing time is quick, maybe about a month or less, but I’ll have been doing the writing in my head and in bits and pieces before I dive in.  And then, it goes to my editor and comes back for a revision.  Sometimes that’s a quick process, sometimes it takes a little more ripping apart and putting the book back together again (and I usually have an idea which it’s going to be when I hand it in, but I always need the extra set of eyes to provide some clarity for me)…and then it’s copy edits and galley proofs.

What does your writing space look like? Is it clean and tidy or a complete hazard?  Any pics?

I need the space around me decluttered so I can write, so it’s pretty neat.  I do have a whole office to myself with a great couch, pretty ottomans, a space for all my books, etc.  But for some reason, I write better in bed, with the laptop and the TV and the music and the dog.  I took a quick picture for you—you can see my laptop and blanket, the TV and if you look closely, a sleeping Weimaraner. 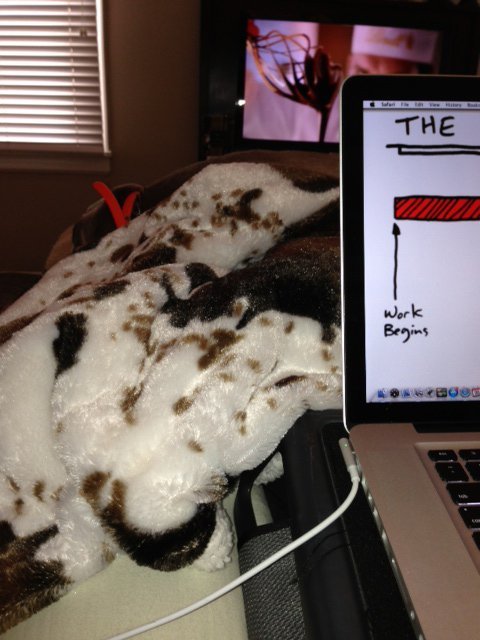 What is your favorite trope to read or write and why?

I love anything with emotional angst.  I also love writing guys with troubled pasts, because I love showing how it shapes their futures.  Usually, it makes them so strong and tough.  They’re survivors.

Of your characters, which one would you : 1) be friends with 2) like to marry and 3) like for one night?

Friends with…Dylan (Shadow Force) or Gunner (from the Section 8 series), because they get shit done.  Marry…Honestly, any of them J  For one night—Chris from Hold on Tight, because how much fun would that be?

If you and your favorite character you’ve written could spend a day together what would you do?

That might be Jake from the Hold series.  We would just go around causing all kinds of trouble, but I’d be safe with him.  There would probably be a car chase, bar hopping, bar fights and various other barely legal activities.  And it actually sounds like Reid would have fun too, so maybe we’d drag him along.

Are you planning on continuing the Shadow Force series from here?  If so, what would be next?

I have plans for a couple of the characters you’ve already met in the series.  But I do feel as though I’ve brought the Shadow Force series into the Section 8 series at this point, with Lonely.  So, no matter what it’s called, yes, you’ll keep seeing those characters.

Recently retired Delta Force Operator Reid Cormier utilizes his special skills by working black ops jobs all around the world with his former teammates and their wives. Reid’s career keeps him busy, but he can’t get his last job—or the woman involved—out of his head.

US Marshall Grier Vanderhall faked her own death without telling Reid of the plan first, and he couldn’t forgive her duplicity. But when Reid learns that Grier has been kidnapped by a dangerous ring of criminals, he drops everything and heads to New Orleans to rescue her. And while Reid knows that his skills make him the best option to get Grier back, he’s not sure if this mission will give them another chance—or get them both killed. 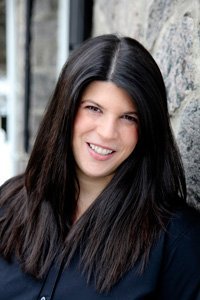 Stephanie is giving away an ebook (via Amazon or BN) any one of her titles including Lonely Is The Night.

Looking forward to the Section 8 series.

It’s awesome you are “continuing” the series through Section 8. I adore revisiting old friends in a new series. Keep up the fantastic writing. I love the treadmill work. I read on the treadmill for an hour 3 times a week to feed my book addiction and try to loose weight, lol.

Mmm, anymore on those sexy wolves of yours? I need to get the last book yet and read it.

I love the sound of the new book!

can’t wait to read this book!

I love reading guys with troubled pasts. They do fascinate.

I love troubled souls…… Thank you for the chance to win!!!! The interview was awesome!!!! I look forward to reading this book!!!

sounds fantastic! Thanks for sharing 😉

I love seeing author’s workspace. My office looks like an explosion so I can’t imagine ever being organized enough to write a book!

I love and adore Stephanie Tyler — She is sweet and funny as hell. Her books are packed with action and really addictive characters.
Glad to see she has another series coming ***gets giddy and happy dances in room***
My first books of Stephanie’s is her Hold series , so I was glad to see that Jared was her favorite character 🙂

Love Your Work and Would Love To Win This One!

Great interview. I’m glad some Shadow Force characters will be in Section 8. Absolutely adore her books.

I absolutely LOVE Stephanie Tyler’s books!!! I have read most of Shadow Force and I am looking forward to the new Section 8 series. Time for me to catch up on any books I might have not read yet 🙂 Thank you for the giveaway!

How do you write in bed?
Thanks for the giveaway.

Thanks for the interview.
How do you write in bed? I can’t even read in bed. Lol
What kind of blanket is that? At first I thought it was an animal.

This sounds soo good! Another one to add to my wishlist! Thanks!

I having been waiting for this next book to come out… Can’t wait to read it..

Beautiful book cover and very interesting description of the story.

Love this, =) can´t wait for my chance to read!
Happy Friday!
//Linda