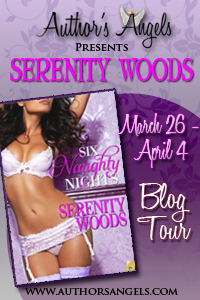 Thank you for having me on your blog today!

I’m Serenity, and I’m here to interview Toby Wilkinson, the hero from my latest sexy romance from Samhain Publishing, called Six Naughty Nights. This is the second in my Love in Reverse series and the follow up to Seven Sexy Sins. You don’t have to have read SSS to enjoy the book, but if you’d like to catch up first, you can find out more about it, including all its lovely reviews, on my website.

So, Toby, I felt for you after Seven Sexy Sins, when you ended up being the only one of your mates still single. Are you glad to get your own story or do you feel frustrated at finally being tied down?

Hey, I’m happy to be tied down any time. Although I’d rather do the tying myself.

Er, I meant in a marital sense. But seeing as we’re talking about sex… Tell us about the six naughty things you got up to with Esther.

Well, they’re kinda private. But I’m happy to tell you about the Naughty Nights game. It’s a deck of cards with separate packs for men and women, and each pack contains a suggestion for either a new sexy idea or a role-playing scenario.

Yeah, that was one 🙂

Go on, spill some of the others. We’re all ears.

Okay… Esther’s going to kill me if she finds out though. We also did, um…hooker and client, naughty schoolgirl, and interrogation of a spy. Plus a new sex position she hadn’t tried before, and one of my cards was about…

Going down on your girlfriend in a public place. And now I’m blushing.

I know, but this is Esther we’re talking about, not any old girl. She’s special.

Your wife, you mean?

Sex on demand and I don’t have to wear a condom? What’s not to like?

Ah yes. You haven’t had a lot of luck with condoms have you?

Were you angry when you found out Esther had had a baby after your holiday fling?

Angry? No, how could I be? Charlie’s the best thing—apart from Esther—that’s ever happened to me. Every guy should have a son who thinks his dad’s a hero.

Well thanks for the interview. I guess I’d better let you get back to your family. Just tell me, are you still playing the Naughty Nights game?

Absolutely. The box says “Make every night a Naughty Night”. And we’re doing our best 🙂

So there you go. If you love sexy boy-next-door heroes, spirited heroines, hot sex and a happy ever after that’ll make you’ll cry, I like to think Six Naughty Nights is your sort of book. I’ve just finished writing the third in the series, Five Exotic Fantasies, which will be released toward the end of the year. If you haven’t read any of the Love in Reverse books yet, hurry up! You’re falling behind 🙂 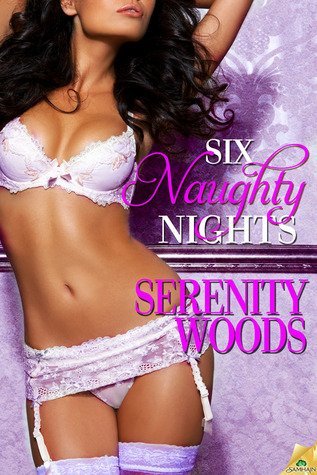 Esther is grateful for the strong arms that saved her and her young son from an earthquake. But she wishes their rescuer was someone else. Anyone other than the man who left her pregnant after a holiday fling.

Toby’s carpentry skills take him wherever there’s work, and right now that work is definitely cut out for him. He has to get over the shock that the little boy in his arms is his own son—and convince Esther that he’s always regretted walking away from her.

Esther can’t bring herself to deny Toby his right to get to know Charlie. Besides, with her own home flattened, she has nowhere to go but with him to his apartment…where she discovers a sexy role-playing card game tucked in his suitcase.

When Toby invites her to accompany him to the Northland to attend his best friend’s wedding, the opportunity to explore their still-simmering attraction is too tempting to resist. As the steamy scenarios heat up, they start to realize this is more than a game. But Esther’s hiding a secret that could cause as much devastation as the earthquake…

A Little Fiction of Every Flavour

Queen of the Night Reviews

My Life With Boys and Books

Have Book Will Read

My Life Beyond Labels

Serenity is giving away a $100 Amazon Gift Card as a grand prize of the tour. 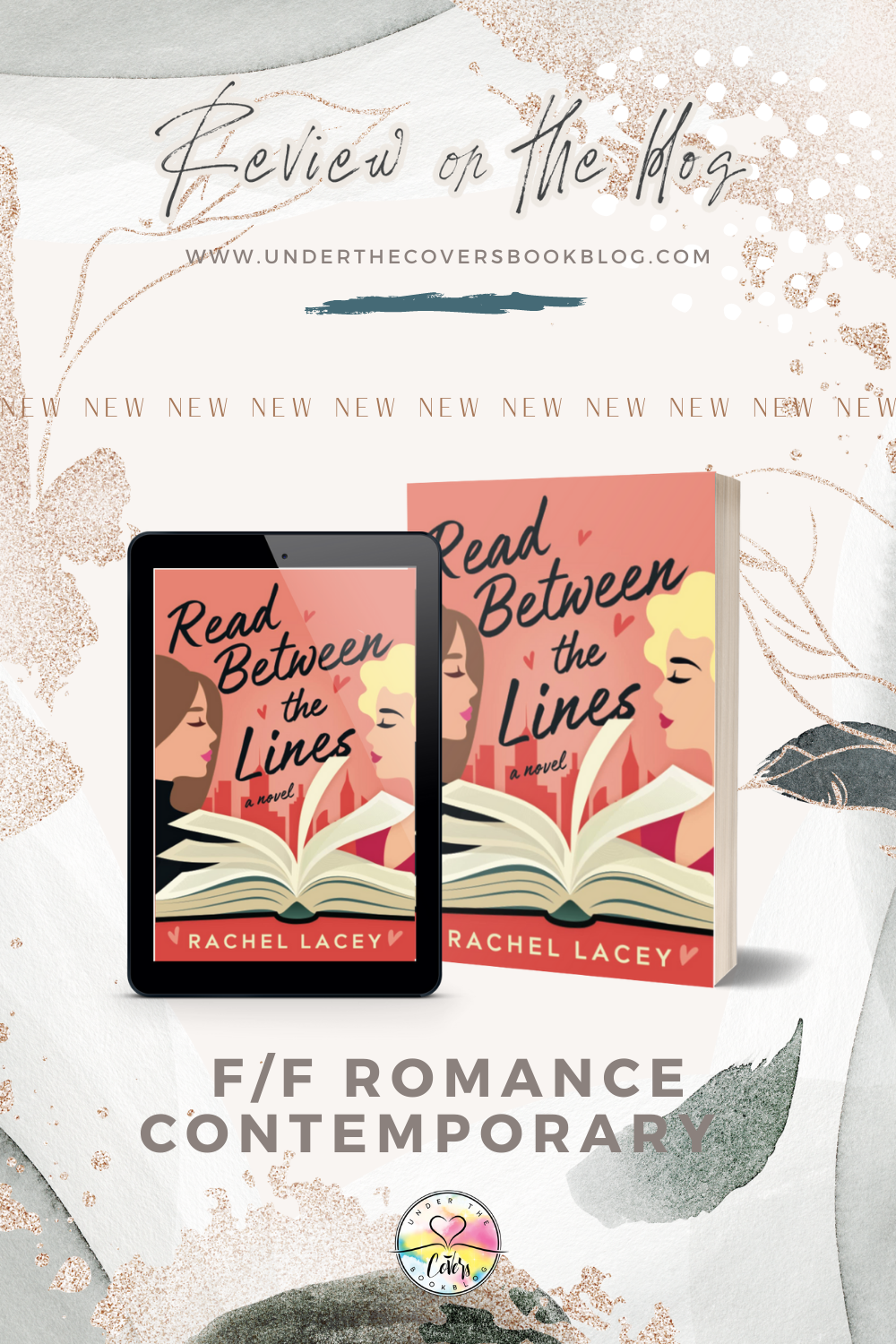 Too bad I can’t access my Amazon account ¬¬ I will have to make a new one just in case.

Great interview! I love character interviews! What a great way to learn more about them. Thanks,
Mel

I am running behind. I really enjoyed the interview with Toby, he sounds so real and yes, boy next door, sigh.
Z

Great interview. Thank you for sharing. I like the cover 🙂

Love the interview! Your book looks amazing and I can’t wait to read 🙂 Thank you for the giveaway!

On my TBR list now. Thanks for the introduction. Great interview.

“If you love sexy boy-next-door heroes, spirited heroines, hot sex and a happy ever after that’ll make you’ll cry…” YES I DO! It sounds smashing. Please enter me in the giveaway. Thank you.

Great interview and looks like a very interesting read.

Thanks for the character interview! This is definitely on my reading list

Loved the interview! The book sounds good…I like that they have a past together and he came to her rescue again.

Thank you for sharing the excerpt and interview, loved it! I can’t wait to read it and see if its as good as it seems 🙂

Sounds like a great book! Thank you for the interview and giveaway!

Best of luck with the book tour Serenity. The book sounds wonderful, love the description.