Blurring the lines between paranormal and historical romance is an author who requires no introduction! Kristen Callihan pens the Darkest London series where paranormal creatures troll the gloomy gaslit streets of London. In her series, you can find shifters, demons and even some zombies! Each book is action-packed with a strong romance and a mystery that ties up nicely in the end. Excellent writing propels this series forward so once you start, you may never want to leave the world again!

After a fire consumes the Ellis family fortune, the beautiful and resourceful Miranda finds herself faced with an impossible dilemma: enter a life of petty crime or watch her family succumb to poverty. But once her fiancé learns of her descent into danger—and of the strange, new powers she’s discovered—saving her family may come at the high price of her heart.

When Lord Benjamin Archer’s one chance for redemption is destroyed by corrupt London antiquarian Hector Ellis, he vows to take what Ellis values most—his daughter Miranda. Forced to hide his face behind masks, Archer travels the world hoping to escape the curse that plagues him so that he can finally claim his prize.

But once Archer returns home to London, will it be revenge he seeks? Or will the flame-haired beauty ignite new, undeniable desires?

Miranda Ellis is a woman tormented. Plagued since birth by a strange and powerful gift, she has spent her entire life struggling to control her exceptional abilities. Yet one innocent but irreversible mistake has left her family’s fortune decimated and forced her to wed London’s most nefarious nobleman.

Lord Benjamin Archer is no ordinary man. Doomed to hide his disfigured face behind masks, Archer knows it’s selfish to take Miranda as his bride. Yet he can’t help being drawn to the flame-haired beauty whose touch sparks a passion he hasn’t felt in a lifetime. When Archer is accused of a series of gruesome murders, he gives in to the beastly nature he has fought so hard to hide from the world. But the curse that haunts him cannot be denied. Now, to save his soul, Miranda will enter a world of dark magic and darker intrigue. For only she can see the man hiding behind the mask.

Finally free of her suffocating marriage, widow Daisy Ellis Craigmore is ready to embrace the pleasures of life that have long been denied her. Yet her new-found freedom is short lived. A string of unexplained murders has brought danger to Daisy’s door, forcing her to turn to the most unlikely of saviors . . .

Their growing passion knows no bounds . . .

Ian Ranulf, the Marquis of Northrup, has spent lifetimes hiding his primal nature from London society. But now a vicious killer threatens to expose his secrets. Ian must step out of the shadows and protect the beautiful, fearless Daisy, who awakens in him desires he thought long dead. As their quest to unmask the villain draws them closer together, Daisy has no choice but to reveal her own startling secret, and Ian must face the undeniable truth: Losing his heart to Daisy may be the only way to save his soul.

Poppy Lane is keeping secrets. Her powerful gift has earned her membership in the Society for the Suppression of Supernaturals, but she must keep both her ability and her alliance with the Society from her husband, Winston. Yet when Winston is brutally attacked by a werewolf, Poppy’s secrets are revealed, leaving Winston’s trust in her as broken as his body. Now Poppy will do anything to win back his affections . . .

Their relationship is now put to the ultimate test.

Winston Lane soon regains his physical strength but his face and heart still bear the scars of the vicious attack. Drawn into the darkest depths of London, Winston must fight an evil demon that wants to take away the last hope of reconciliation with his wife. As a former police inspector, Winston has intelligence and logic on his side. But it will take the strength of Poppy’s love for him to defeat the forces that threaten to tear them apart.

OUR REVIEW WILL BE POSTING ON RELEASE DAY! 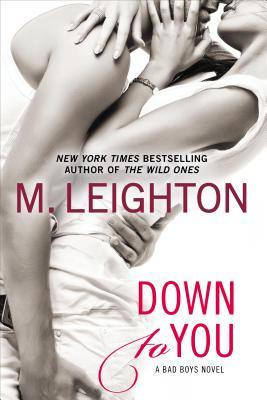 I love this series. I can’t wait for the next book.

Under the Covers Book Blog
Author
Reply to  Maria D.

Maria, Read Ember after book one! It’s one of those prequels that really go after the first book and doesn’t really resonate unless you know who Archer and Miranda are already!

beautiful covers, this series looks amazing. I will have to get book 1 in soon!

Great covers. I’m going to have to look this series up to read.

I bought the first book in this series off of Ann’s recommendation. I can’t wait to read it!

Yayyy! Hope you enjoy it Timitra!!!