A Slice of Life During the Roaring Twenties

That’s my mission statement. And because flappers were the original bad girls of American history, I can’t wait to tell you about my new collection, It Stings So Sweet.

The book is told from the perspective of three very different women, each of whom experiences a sexual awakening. But in order to get into their heads, I had to ask myself what life would have been like for each of them on a daily basis.

Nora Richardson is a society girl, born into a great deal of wealth. When she wakes up in the morning her girl, Dolly, is on hand to deliver her tea and scones on a beautiful gilded tray before she even has to roll out of her silken bedsheets. (Think the latest episode of Downton Abbey, here, where all the ladies start their days in bed with a lady’s maid at the ready.)

Silent screen star Clara Cartwright, by contrast, spends her morning at her vanity, making sure to paint a cupid’s bow of lipstick on her glamorous lips before she braves the crowds that beg for her autograph. Her doorman calls for a car to be brought around to bring her to the studio where she works hard in rehearsals, which, she complains, sap her pep!

It’s different for Sophie O’Brien, who wakes up at the crack of dawn in the one-bedroom flat she shares with her roommates, then rushes to catch the trolley so that she can start work bright and early as a shop girl in the famous Aster Hotel. There, Sophie is secretly organizing porters and elevator operators and maids to form a labor union, so she doesn’t want her fabulously wealthy boss to get wind of fact that she spends her nights at the Civics League listening to agitators and revolutionaries.

Through these women, I was able to get a slice of life in the era during which women had just won the vote, and it made me appreciate how hard it was for them to define themselves in and out of the bedroom. There’s a lot we can learn from flappers, and I hope to start the revival with my new book!

They vibrated with incendiary Jazz. They teemed with sexual abandon. The Twenties were roaring and the women–young, open, rebellious, and willing–set the pace and pushed the limits with every man they met…

In the aftermath of a wild, liquor-soaked party, three women from very different social classes are about to live out their forbidden desires.

Society girl, Nora Richardson’s passionate nature has always been a challenge to her ever-patient husband. Now he wants out of the marriage and she has just this one night to win him back. The catch? He wants to punish her for her bad behavior. Nora is offended by her husband’s increasingly depraved demands, but as the night unfolds, she discovers her own true nature and that the line between pain and pleasure is very thin indeed.

Meanwhile, Clara Cartwright, sultry siren of the silent screen, is introduced to a mysterious WWI Flying Ace. If Clara, darling of the scandal sheets, knows anything, it’s men. And she’s known plenty. But none of them push her boundaries like the aviator, who lures her into a ménage with a stranger in a darkened cinema then steals her jaded heart.

Working class girl Sophie O’Brien has more important things on her mind than pleasures of the flesh. But when her playboy boss, the wealthy heir to the Aster family fortune, confronts her with her diary of secret sex fantasies, she could die of shame. To her surprise, he doesn’t fire her; instead, he dares her to re-enact her boldest fantasies and Sophie is utterly seduced.

One party serves as a catalyst of sexual awakening. And in an age when anything goes, three women discover that anything is possible… 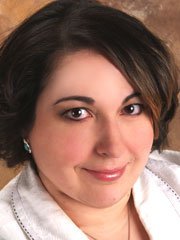 Stephanie Draven is currently a denizen of Baltimore, that city of ravens and purple night skies. She lives there with her favorite nocturnal creatures–three scheming cats and a deliciously wicked husband. And when she is not busy with dark domestic rituals, she writes her books.Stephanie has always been a storyteller. In elementary school, she channeled Scheherazade, weaving a series of stories to charm children into sitting with her each day at the lunch table. When she was a little older, Stephanie scared all the girls at her sleepovers with ghost stories.

She should have known she was born to hold an audience in her thrall, but Stephanie resisted her writerly urges and graduated from college with a B.A. in Government. Then she went to Law School, where she learned how to convincingly tell the tallest tales of all!

A longtime lover of ancient lore, Stephanie enjoys re-imagining myths for the modern age. She doesn’t believe that true love is ever simple or without struggle so her work tends to explore the sacred within the profane, the light under the loss and the virtue hidden in vice. She counts it amongst her greatest pleasures when, from her books, her readers learn something new about the world or about themselves.

We have one copy of IT STINGS SO SWEET up for grabs today!  US only.

Congratulations to Stephanie on her new release! I’m really excited about the release of this book. The twenties were such an interesting period of time with the changes our culture went through as a result of the end of WW1 and the advent of prohibition. Thanks for the giveaway!

I couldn’t agree more. Women had just won the right to vote and were trying to find themselves in and outside of the bedroom. I’m just fascinated by the era and am so glad to see it explored in shows like Downton Abbey and Boardwalk Empire!

I’ve been a fan since Lily of the Nile…I can’t wait to read this.

I’m afraid my alter-ego would be totally scandalized by this book. We shan’t tell her! (But she sends you her love anyway.)

Congrats to Steph on the new release; the roaring twenties had to be a fun time to write in. The excerpt sounds really interesting and fun. Can’t wait to read it.

Thanks so much. I had a blast writing this.

Never read a book based in the 20’s. Sounds like fun! Congrats on the new release.

Thank you! I promise that although there’s some fun 1920s slang in the book, the sensibilities are very modern.

This sounds fantastic! Congrats to Stephanie on the new release and t hanks for sharing 🙂

Thanks so much! I hope readers will fall in love with my WWI Ace pilot as much as I did.

Thanks so much. You’re the bee’s knees!

Congratulations on your new release Miss Stephanie!! You are a “new to me” author and I look forward to reading it. Happy writing to you!!

Nice to meet you, Rana. I can’t wait to hear your thoughts!

This book sounds great. I love how different the women. I don’t know much about the 1920 s, did you have to do a lot of research?

Oh, gosh, yes, Leanna. I spent more time researching the origins of words, to make sure I wasn’t using anything out of period, than I did actually writing the book! But 1920s slang is so colorful and fun. I now go around saying that things are “keen” or “the cat’s pajamas!”

I love the era that you set the story in. The roaring ’20’s. So much decadence and splendor.

This book is very high on my TBR pile.

I hope you love it, Marika. I look forward to hearing your thoughts. In the meantime, I agree with you. The glitz and glam of the 1920s is what drew me to it.

And this author is so grateful! 😉

it stings so sweet sounds like a very yummy read! going on my tbr list! thank you for sharing!
jukyjoauka(at)aol(dot)com

This looks really interesting. I cannot wait to read it. Thanks for the giveaway!

Congratulations on the new book! Sounds like a great read in an interesting decade. Love the cover.

I love the roaring 20’s and your book is going to be an awesome read. I put it on my Nook wish list, and I hope I can read it real soon.

Awesome!!! Thank you for the giveaway!!!

Nice time period for the book.

this sounds like a very interesting book that I will have to read soon. thank you

Thanks for the giveaway! I love that book cover. Romantic and light in feeling… really nice.

The book pounds interesting. Thank you or the giveaway.

Stephanie Draven is a ‘new-to-me’ author. So, thanks for the introduction! It Stings so Sweet
sounds like a very enticing read and the cover is simply gorgeous. Thanks for the giveaway!

This book sounds like a great read! I know I would find it interesting because I have always wished I lived back in the roaring 20’s.

This sounds like an interesting story. Thanks for the great giveaway!

Sounds like a great story! Congratulations on the release!

Sounds very interesting. Never read a book about the 20’s. Congrats on the release!

sounds like a great series! I love the 20s! So interesting!

This sounds fantastic, I am so interested in maybe reading more and getting in on the giveaway. sdylion(at)gmail(dot)com

Congrats on the new release. It sounds really interesting. !

Flappers… so fun, this book and your leading ladies sound fascinating… cannot wait to read!

Thanks for sharing, this looks like a great book. I love the 20s, so I can’t wait to read about these three.

Never read a book based in the 20′s. Sounds like fun! Congrats on the new release.

Sounds Steamy, Love that its set in the 20’s

I love the 20’s era, enjoyed the snippets for each of the ladies. Such a wild time that was in history. Congratulations on it’s release.
Z