I’m kind of the pits at thinking up blog posts (Who isn’t, right?) and so I asked a couple friends. One of them answered very quickly, “White stockings and why they are awesome?”

Yeah. That suggestion did come from a guy. He likes my cover.

(I can’t blame him. Have you seen it? Fletcher and Sera are about to do something naughty in moments.)

But when I was done rolling my eyes at him, I realized maybe that wasn’t such a horrible idea. Maybe not white stockings in particular, but the fact that my character is flashing them on the cover!

You see, at the beginning of WAYWARD ONE, Sera is a bit pent up. Okay. A lot pent up. She’s one of those buttoned up type of girls. You see, she’s grown up in an expensive boarding school, but she’s the charity case and everyone is pretty sure she must be a bastard. After all, if she weren’t her father would have shown up when her mother died, right?

And we all know what happens when people make judgments about a girl. (Well, yeah, sometimes maybe it’s water off a duck’s back and she just doesn’t care. But that’s way less common.) Either she lives up to the talk, acting out and being scandalous, or she could go the other way. Prove how “good” she is. Do all the right things. There is absolutely no way in the world Sera would flash even an inch or two of her stockings! Sera would like to marry, and she’s got one guy who could possibly be a prospect, but there’s just too many unknowns in her life.

She’s got to sort out those unknowns, but she gets in deeper. (Of course. Or it wouldn’t be a whole book.) And she finds out that most of her past involves Fletcher Thomas.

Fletcher? He’s a bad boy. He owns gambling clubs and other naughty establishments, but more than that, he’s…earthy. He believes in touch and kisses and doing what comes naturally. Sure, he thinks that being married is the best case scenario, but once the ring’s on, all bets are off, right? *fans self* Yeah. All bets are off. Fletcher is a wicked, dirty sort of man.

So what happens when a pent up lady goes head to head with an earthy bad boy?

Yeah, you know what happens. *nods* And trust me, it’s the good stuff. Probably the only trope I like more is when an earthy bad girl unwraps a pent up lord. (But that’s the next book in the series…) 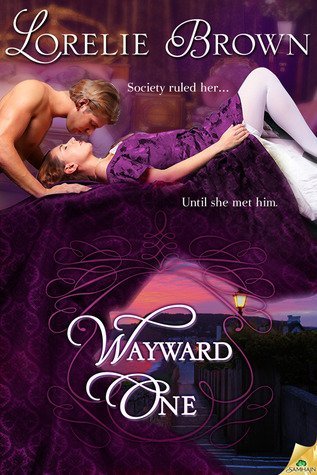 He’ll protect her with every vicious bone in his body.

During her ten years at the prestigious Waywroth Academy, Sera Miller clung to a strict code of propriety to shield herself from rumors that she isn’t an orphan at all. She’s a bastard. Now she wishes she had never allowed her friends to talk her into snooping into the mysterious source of her tuition.

Her benefactor isn’t the unknown father she dreamed of one day meeting, but Fletcher Thomas—underworld tycoon, gambling den owner, and a man so dangerously mesmerizing that he could spark the scandal Sera has worked so hard to avoid.

Fletcher is only two steps away from leaving the life of crime he inherited from his father. First he plans to join an aboveboard railroad consortium, then claim the one thing his ill-gotten gains have kept safe all these years—Sera.

With every wicked caress, Sera fights harder to remember society’s rules and reject the painful memories his touch resurrects. Accepting Fletcher’s love means accepting her past—a risk too great for a woman who has always lived in the shadows. No matter how safe she feels in his arms.

Warning: This book contains a do-gooder heroine, an accidentally charming hero with tendencies toward caveman-itis, inappropriate household décor and fabulous sex against a wall. 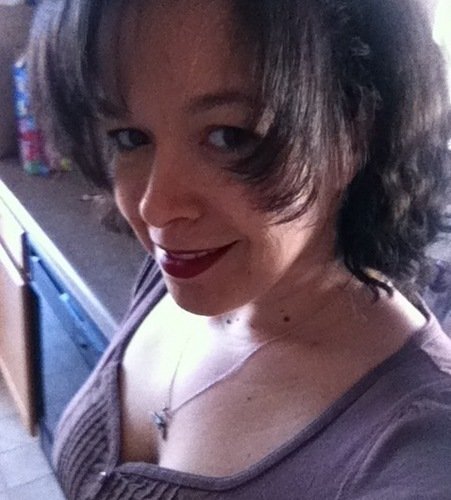 After a semi-nomadic childhood throughout California, Lorelie Brown spent high school in Orange County before joining the US Army. After traveling the world from South Korea to Italy, she’s returned home to California. But not the cool area. She can’t afford that yet.

Lorelie has three active sons and a tiny shih-tzu who thinks he’s son number three—not four, he’s too important to be the baby. Writing romance helps her escape a house full of testosterone.

So anyway, everyone likes free books, right? And I love nothing more than recommendations for my ever-growing TBR pile. Here the twain shall meet: give me your best, most favorite book where a repressed lady meets a rakish man and we’ll have a random winner who gets their choice of one of my books!

Thanks for the fun post and congrats to Lorelei on the new release! She’s not necessarily “suppressed” but more of a wallflower/academic type, but Cecily from How to Dance with a Duke by Manda Collins came to my mind 🙂

The Scandalous, Dissolute, No Good Mr. Wright by Tessa Dare.

I cant think of any that ive read ,but id just like to tell you your cover for this book is beautiful .

I cant think of any that ive read ,but id just like to tell you your cover for this book is beautiful .

Tessa Dare’s No Good Mr Right but I love this cover.

Tessa Dare’s No Good Mr Right but I love this cover. Thank you for the giveaway. Good luck to everyone 🙂

I thought of a couple, but cannot remember the titles / authors… went to get up and go look at the bookshelf and… duh I am moving this week. Argh.
I sure do agree that this cover is stunning.
Thanks for the giveaway!

I also have to go with Tessa Dare’s No Good Mr Right . There are others but I cant think of them at the moment. Thanks for sharing!

Married by Morning by Lisa Kleypas.

Have you ever heard of “Courting Miss. Hattie.” That one is about a conservative, mousey character who gets courted by a younger man.
It’s very cute. The guy isn’t exactly a rogue but he is a lady killer.

Thanks for the giveaway!
mestith at gmail dot com

Lisa Kleypas’s Married by Morning.
I love this cover. The book sounds good.

Thank you for sharing such a wonderful book, I can’t wait to read it. I loved Marissa & Butch from Lover Revealed by JR Ward. Thank you for the chance to win 🙂

Married by morning by Lisa kleypas.

To my utter shame I could not think of one. A total mind freeze.

Ugh~I’m drawing a blank!! Maybe Morgan and Amalie from Untamed, although he isn’t reall the rake she believes him to be
modularmates(at)comcast(dot)net

At the moment I can’t remember book where a repressed lady meets a rakish man.

Sarah MacLean’s Novels. Most of her books have something along that line. Her, A Rogue by Any Other Name and Nine Rules to Brake When Romancing a Rake.

Devil in Winter by Lisa Kleypas, that´s one shy heroine and a real rake *nods*
Love this and can´t wait for my chance to read, =)
Thanks for the giveaway & Happy Tuesday!
//Linda

Maried by Morning from Lisa Kleypas!!

I can never remember names & book titles, but I’ve read several of the books that were mentioned by other commenters & made notes to read others.

All of Tessa Dare’s Spindle Cove series is fantastic…it’s tough to pick a favorite!

Oh and I accidentally put GFC instead of Linky in the follower box.

the devil in winter by Lisa Kleypas