Writers are always advised to “show don’t tell.” The scene excerpted below from my new historical Once Again a Bride was designed to reveal character and demonstrate the bond starting to build between the hero and heroine – Charlotte and Alec – through their actions.

Charlotte has just come back from her first ton party, a pleasure she’s been longing to experience for some time. When she first agreed to her father’s marriage arrangement and came to London, she assumed she’d be entering society. But the opposite happened. She was shut away from almost all human contact by her disagreeable old husband Henry, who was interested only in her dowry. He even allowed his servants to treat her with disdain. Thus, she can’t be truly griefstricken when he’s killed in the dark London streets, though she never would have wished this upon him. Released from the marriage and taken in by Henry’s family, Charlotte is determined to recapture some of the lightness and joy of life. So she throws herself into this party.

Alec is a man with a bone-deep sense of responsibility and a fear of unbridled emotion, because of some family history. He offered shelter to his unpleasant old uncle’s widow after her house was invaded, bringing her to join his sisters as a member of his household. This means Charlotte is off limits to him, no matter how entrancing she may be. But he’s finding it harder and harder to heed the dictates of his sense of honor.

After attending the same party and trying to rein Charlotte in a little, Alec’s been waiting up. Not because he’s desperately attracted to her, or jealous of the male attention she received. Oh no. Of course not. He simply intends to provide a bit of guidance, some sage advice to a naïve young woman. Then, somehow, he’s kissing her. The fact that he’s swept away by the kiss makes him furious with himself, and cutting toward Charlotte. The two part angry, but obviously that’s not going to last. 🙂

Charlotte danced in, and stopped dead when she discovered that Sir Alexander was the doorkeeper. “Where’s Ethan? Or the other one –what’s ‘is name? James. That’s it. Same as your father.” She giggled.

“So late it’s gone to early,” she agreed. This had been a phrase of her father’s. “You’re playing footman?” She giggled again.

“I take it you had a pleasant evening?”

“Wonderful!” Arms outstretched, she spun. “If only there’d been dancing. Can’t dance, though. Must mourn for Henry. Stupid!” She twirled faster, loving the way her velvet skirt belled around her, feeling her shawl slip, and letting it. The floor seemed to tilt suddenly; she missed her footing.

Sir Alexander caught her, held her effortlessly upright. She gazed up at him. “You’re frowning. Why frown so fierce?”

She swayed, and his arms tightened. They felt very right around her. Somehow her arms moved of their own accord. Her hands slid over his broad shoulders and laced behind his neck. The evening had been a mere taste of life and happiness. She wanted more.

“Not used to champagne,” Charlotte admitted. She giggled yet again. “It’s lovely, though. All those bubbles.” Moved by hope or impulse or desire she stood on tiptoes, tugged him down and kissed him.

It was sheer lunatic experiment at first. She wanted to know what it was like – a proper kiss, and a kiss from this particular man. Her only previous such experience had been with an awkward young man at a country assembly, and it had not gone very well. Charlotte knew there must be more to it, the way people spoke of passionate embraces.

Before she could think any more, Sir Alexander jerked her tight against him and took control of the enterprise with a demand and heat that melted her bones. No, she’d never been kissed before, hadn’t understood the meaning of the word. His mouth educated her, and she rushed to learn with every fiber of her body. This was lightning; this was glory.

Then it was over. He pushed her away, balanced her at a distance with a hand on each shoulder. Bereft, she reached for him. He let her go completely and stepped back. Charlotte swayed a little, mainly from disappointment.

“Can you get to your room without help?” He sounded furious. “Or must I ring for a servant?”

“You’re giving a fine imitation of it then.”

Charlotte’s buoyant mood collapsed at his critical tone. He’d begun to sound like his uncle again. “Don’t you ever have fun? Just forget about everything and…and…revel in the moment? You’re so…”

“Unwilling to speak with you in this condition,” he interrupted.

“The condition of enjoying myself?” she taunted.

“I hope you enjoy tomorrow’s headache as much!” He turned on his heel and walked away, heading toward his study despite the hour. The door closed with a censorious snap behind him. Charlotte gathered her skirts and marched up the stairs, refusing to accept the possibility that they were tilting, just a little, now and then. ONCE AGAIN A BRIDE BY JANE ASHFORD – IN STORES FEBRUARY 2013

She couldn’t be more alone…

Widowhood has freed Charlotte Wylde from a demoralizing and miserable marriage. But when her husband’s intriguing nephew and heir arrives to take over the estate, Charlotte discovers she’s unsafe in her own home… Alec Wylde was shocked by his uncle’s untimely death, and even more shocked to encounter his uncle’s beautiful young widow. Now clouds of suspicion are gathering, and charges of murder hover over Charlotte’s head.

He could be her only hope…or her next victim…

To Purchase Once Again a Bride: Jane Ashford discovered Georgette Heyer in junior high school and was captivated by the glittering world and witty language of Regency England. That delight led her to study English literature and travel widely in Britain and Europe. Jane’s historical and contemporary romances have been published all over the world, and she has been nominated for a Career Achievement Award by RT Book Reviews. Eighteen of her Regency romances will be published by Sourcebooks in the near future! Born in Ohio, Jane currently lives in Boston. For more information, please visit www.janeashford.com.

One commenter will get a copy of ONCE AGAIN A BRIDE.  US/Can only. 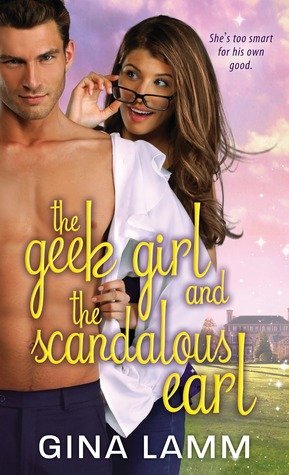 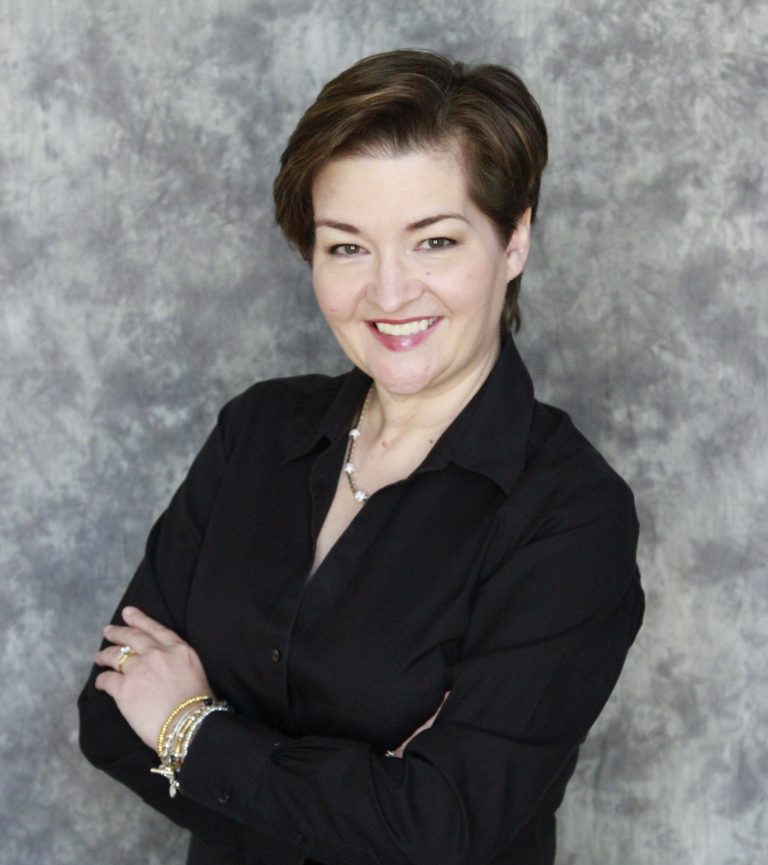 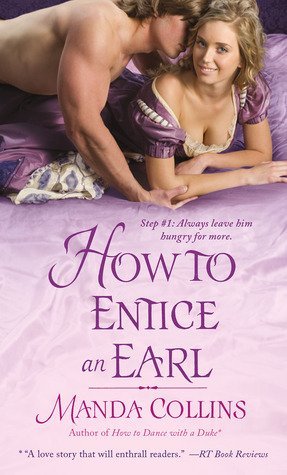 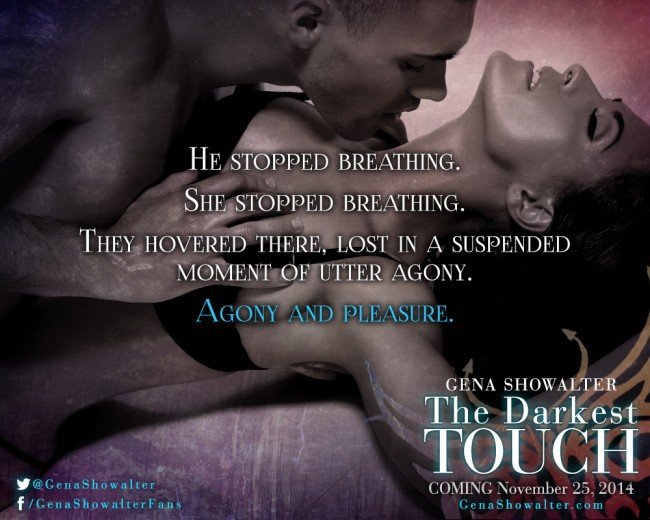 I love the in love with best friends brother!

I some historical romances the character will ask a question and then end the sentence with “,what?” Its weird and takes me a while to get past. ;o)

I like when the hero and the heroine take an instant dislike to each other and then are forced to spend time together and then fall in love.

Congrats to Jane on the new release! This sounds fabulous 🙂 I love the social enemies to lovers trope 🙂

It looks like a great story and I am so glade that Jane Ashford has a new book out.

I don’t really have a favorite. This one sounds good.

I don’t really have a favorite trope…I like them all if well written.

I love all of them but if I had to choose I like the being in love with the best friends sister and reunited lovers with second chances. Jane is a new Author to me but I enjoyed the excerpt and look forward to reading this book.
Carol L.

I like all kinds of situations within a novel.
I love your books and can’t wait to read the newest one.
Thanks 🙂

I think mine would be when the alpha hero doesn’t think he deserves the love of a sweet woman. lol thank you for the giveaway!

I like when a girl is kidnapped and the kidnapper and kidnapped fall in love. What can I say? I’m a sucker for Stockholm Syndrome!

I love a penniless girl who is spotted by a wonderful rich gentleman. I love a Cinderella story.

Thanks to all who stopped by and commented!

I don’t think I have a favorite, I like to read a mix.
modularmates(at)comcast(dot)net

I love rakes! I just adore historical romance! I also love this cover!

I love to read stories with marriage of convenience that turn into true love. Or a marriage forced by being found in a compromising position.

Thank you for sharing the book looks to be amazing! I love when former flames reunite but it needs to be something that you really get drawn into where you just feel for both of them completely and need a good box of Kleenex 🙂 Thank you for the chance to win 🙂

The ones with an interfering matchmaker like Daniel MacGregor.

Mine would be when two people initially don’t think they like each other and form the wrong opinions of the person and then gradually find out that the person is not how they thought they were.

I love Beauty and the Beast-like romances 🙂

I loved the excerpt and I’m looking forward to reading Once Again a Bride. My favorite romance trope is the second chance at love. Usually this involves two people who have been in love and get another chance, but in this case Charlotte is getting a second chance to have the love she deserves, so it fits too. 😀

a like variety, but do enjoy the arranged marriage storyline where the couple get to know and like each other

I don’t have a favorite.
Thanks for the chance to win!

I cant really say that I have a favorite. 🙂 This one sounds really good though.

Anything in the historical line is my first choice. I like variety on any topics in this genre.