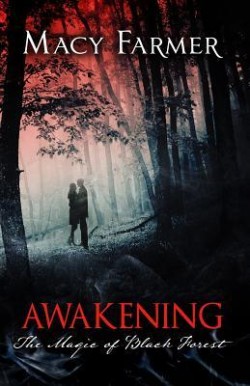 For those who like plenty of the hot and steamy this book steps it WAY up from the previous book. ~ Under the Covers

After reading DREAM LIKE STATE the first book in this series I was confused who the target audience was for that book, was it new adult, was it adult, it was tame enough to be a mature young adult. Now after having read the second book in the series AWAKENING I am now even more confused who this series is meant for is it for the tamer crowd or is it for those who like their romance on the heated side. The first book was PG 13 and this book I would call NC – 17 approaching erotica. We spent much of the first book in a struggle with Bradley being able to control himself to seal the deal. In the second book he has miraculously found his control and now Natalia and Bradley go at it like rabbits every chance they get. Regrettably, every chance they get is not as much as they would like because they still have foes after them and they have to spend time apart to try to flush out their enemies.

I am confused as to why all these guys want Natalia? She is a complete hypocrite and all she does is whine and cry, she is crying like every third page, I swear!  She is supposed to be a powerful witch, but she doesn’t much act like it. Everyone has to save her time and time again. So Bradley’s father is after Natalia, apparently every lifetime he hunts down Natalia because he wants her so damn badly, but every lifetime he ends up killing both her and Bradley. But it is never explained why in the heck that he wants Natalia so bad. He just does, and it’s a hard pill to swallow with very shallow details. We are just supposed to buy that this is fact and it happens lifetime after lifetime. So we spend most of this book hiding from Andrew, Bradley’s father as well as Andrews’s accomplice, Anthony.

Thankfully, all is not lost with this book we do get some action, there are a couple of fight scenes, and Natalia does play around with her powers a bit. She learns a couple of new cool tricks that could be useful if she gets her ish together. Bradley is still sexy, and a bit mysterious. He is also a romantic at heart, with a bit of edge; which is a sexy combo.  I still enjoy Jesse and Colleen; they add a bit of humor to the book and are great friends. I would totally want them on my team! And for those who like plenty of the hot and steamy this book steps it WAY up from the previous book.

Thanks for the author/series intro Amanda!

Thanks Amanda for the review.