Welcome to UTC!  We are very excited to have you here today since we’ve been reading your series from the very beginning.

Thank you so much for having me, and for your readership!

How did you come up with the concept behind the Dark Ink Chronicles?

Well, my editor was looking for vampires, and I wanted to blend that with a little bit of “home” (Savannah, GA). And I LOVE the cult 80’s movie LOST BOYS, which was a big influence!

With BLACK FALLEN you are taking the group to Edinburgh and adding something new to the storyline.  What can you tell us about this book?  What can readers expect?

Black Fallen will not only introduce the reader into a new world, but to Riley as well. If you’ve read the series you know that she has endured many vamp bites, and her DNA has changed drastically, making her more powerful. Joining this new paranormal team in Edinburgh gives Riley the opportunity to fully use her capabilities. Readers can expect some new characters, as well as the disappearance of some old ones 🙂

What’s your favorite scene from BLACK FALLEN?  Can you share with us a bit of it?

Any of the scenes with Little Lily Johnson is fun for me! 🙂

If you had to describe Riley in just a few words, what would you say?

To me, Riley is Eli’s biggest weakness. He (at times) loses sight of danger for himself because he’s so preoccupied with keeping her safe. His greatest strength? His complete and total love and loyalty for not only Riley, but his family. Riley…big hearted butt kicker! 🙂

Eli and Ri are a great couple.  For readers that haven’t read the series, can you tell us a bit about their dynamics and why you think they make a great couple?

Throughout the series they have become like one well-oiled machine. They both know well the other’s weaknesses, and complement one another in those areas. Eli, while a vampire, still retains enough true-male qualities that make him very realistic, making realistic mistakes (he sometimes smothers Riley!) and loving her without boundaries.

You have the BEST covers!  Do you have a favorite?  Are you involved in the cover design process?

Thank you! My publisher, NAL, has the BEST art team ever! I’ve loved all the covers, although probably the first, Afterlight, and this last, Black Fallen, are my faves. With each new book there is a “cover conference” my editor attends. By that time we have discussed the cover ideas, and I’ve sent to her an email with attached images, my own ideas, and a few scene selections. So far the art team has included a little something special for each book. On Black Fallen, Riley is in one of Edinburgh’s notorious “closes”, or super-slim alleys. I love it!

What are some of your favorite books/authors, and do you find that they’ve influenced your work?

I love Stephen King. He is the Master! He’s been a big influence in my writing.

Riley is a kick ass heroine.  If she were able to hang out with one or two other heroines from ANY other UF series out there, who do you think she’d get along the best and why?

Maybe…MacKayla Lane from Karen Marie Moning’s Fae Series, because Mac takes NO crap and fights for what she wants 🙂

We love getting to know authors better and what better way than to snoop a bit.  Quick, grab your purse and tell us what you carry around with you. 😉

Lol! Okay, some Menthos, (mints, not gum) Burts Bees chapstick, three liquid gel pens in pink, orange, and green, a Vera Bradley camera purse that my best friend and author Lily Dalton gave me that I now shove all of my money and debit card into, receipts from Publix, lotion!

You are contracted for a couple more books in this series, can you tell us anything about what’s next after BLACK FALLEN?

I am SO EXCITED about the next book in the series, tentatively titled DARKLOVE. 🙂 This releases next February 2014 and will be all about Riley and her True Love 🙂 She will still be in Scotland though! 🙂

Thank you so much for taking the time and sharing with us today!

Thanks so much for having me!!

There’s only one thing more lethal than a vampire.
A Black Fallen. Rather, a fallen angel engulfed in the blackest of magic.

And three of the most dangerous have descended upon Edinburgh…

Tattoo artist, RILEY POE, has changed. After surviving the bites of three potent Strigoi, she has acquired traits from each that parallel those of the most lethal of vampires. Her strength, speed, hearing are unmatched. She’s a stick of dynamite, fuse lit. She’s about to put those unique powers to good use. And she’ll need them.

Now that the rogue bloodsuckers plaguing the Lowcountry are under control once more, and Riley, along with her guardian vampire, ELI DUPRE, Riley’s brother, SETH POE, and Eli’s brother, PHIN DUPRE, and Strigoi vampire VICTORIAN ARCOS agree to join JAKE ANDORRA’S elite WUP team. Worldwide Unexplained Phenomenon takes cases too powerful and dangerous for mere humans to handle. Comprised of vampires, humans with tendencies, immortal druids, werewolves and witches, there aren’t many situations the WUP members can’t handle. But there are unholy, lethal disturbances in the ancient city of Edinburgh, Scotland, and Riley and the others accept the mission. 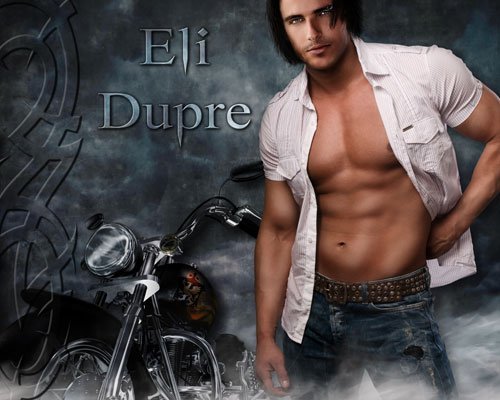 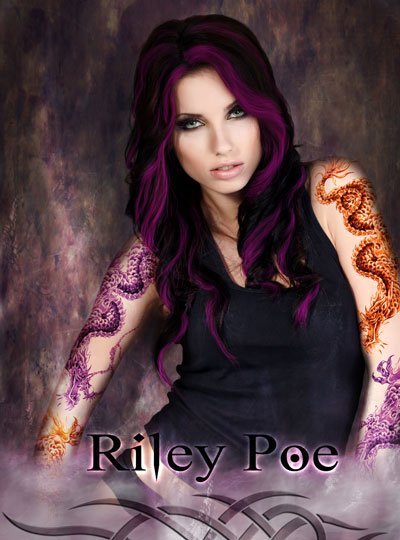 Elle Jasper spent her youth buried in the pages of Mary Shelly, Edgar Allen Poe, Bram Stoker, and Stephen King. Growing up on the salt marshes of Savannah, Georgia, she was always fascinated by the city’s ancient cobblestones, eerie church spires and Gothic Revival architect—as well as the dark, not-so-publicized side of Savannah, both steeped in tumultuous history. After an education at Armstrong Atlantic University, she forged her love of Gothic literature with an active imagination to pen her own stories. She is now a full time writer and lives amidst the moss and shadows of Savannah.

We have a copy of AFTERLIGHT, book one in the Dark Ink Chronicles,
up for grabs!  This giveaway is open internationally.

Savannah’s most unconventional tattoo artist, Riley Poe, lives on the edge. Now she’s put over the edge when her younger brother is taken by a sinister cult led by vampires. Her only ally is the hot-tempered vampire Eli Dupre, attracted to Riley’s beauty and rare blood type. To save her brother from certain un-death, Riley faces dangers she’s never dreamed of, ruthless bloodthirsty enemies, and an evil of endless hunger that wants to devour it all…

😀 Thanks for the giveaway and the interview!! 😀

Why do I want to read all the books posted on this blog? XD I guess we have the same taste 😀

Thanks for the great post on the series and the giveaway – I have not had a chance to start this series yet but it sounds really good!

This sounds so interesting! I love the covers!

Great interview… and giveaway!! Thank you!!

seriously, I would read this book on the strength of the cover alone.
Great interview!

I can hardly wait to read this series!

I think I’m gonna have to try this series.

I love it when you give away the first novel in the series- it’s a great way to start with a new author and read the books in order. Sign me up!

I love discovering “new-to-me” authors. Definitely adding this to my TBR pile. Thanks for the giveaway!

Influenced by Stephen King, I love it! That makes me want to read her books nearly as much as the outstanding cover does!

I loved the first two books of this series. They were awesome. Have Eventide in my TBR pile and can’t wait to get into this series again.

I think you were supposed to be at Readers luncheon – Southern Magic??? but something came up. I just ordered book 1!!!

Thank you for the giveaway chance. This sounds like a very interesting series. I will have to check it out. Great interview as well.

Great interview. I love these tattoos. How are do they come about in your mind?

These books sound good, they are on my TBR list now. Thanks for doing a giveaway!

Thank you so much for the interview. I think these books sound awesome. I do love the cover art. I also like burt’s bees lip gloss.

Thank you for the giveaway also.

I looooooove these covers ….this series is so on my tbr list!.. Ty

Another series to my TBR list, =) Love this and can´t wait for my chance to read!
Happy Thursday!
//Linda
fr_larsson at hotmail dot com

Elle is a new author to me. The book looks good. I’m loving the pic of Eli!

Great interview. I’ve had this series on my radar for a while now, but haven’t had a chance to pick up any of the books. I think I’ll have to get on that, since they sound fantastic. 😀

Eli Dupre is hot! Love the cover for Afterlight! Thanks for the great giveaway!

I have this series in my TBR pile and I cannot wait to read it. Thanks for the giveaway.

I love this series and the sexy characters. Its unique in its concept and has captured my imagination from the beginning. sdylion(at)gmail(dot)com

I think that was a great inspiration! And I agree! You have some beautiful and gorgeous covers! I haven’t read the first book but is on my tbr list. Thank you!

Thanks for the interview and peek at the books! I loved the character images, I am new to this series but I have just added them all to my TBR! Thanks so much for the chance to win 🙂

I actually just bought Afterlight! I can’t wait to read it and get the rest of the series!! Thanks for the giveaway!

Wonderful interview and beautiful coveres! These books sound like awesome reads…I haven’t read your books yet but I’ll go check them out now!

Another fascinating series I found out about from UTC! I am going to start the series ASAP.

This is the first time I heard about this series and I cant believe I hadn’t heard about it sooner! Afterlight is now on my TBR list! Thank you for the giveaway!

Great interview! Thank you for the giveaway 🙂

A fabulous interview thank you. They really are amazing covers & I’m loving all the tattoos.

I cant wait to read Black Fallen its one of my most wanted books .

OMG, how have I missed these books? That pic of Eli Dupre is so hot!

This book sounds awesome. I can’t wait to read it. Thanks,
lorih824 at yahoo dot com

This book look interesting, and the cover book…… I really love it, can’t wait to read it.

The book sounds really great, and the cover is beautiful.

If i were to buy all of the books posted on the blog.. my husband would have to live in the car! He’d never find a place to sleep since I’d surround myself with the books!