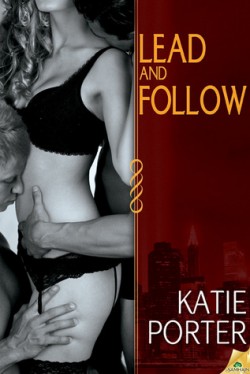 “It pushed all my buttons and then some.” ~Under the Covers

Lizzie and Dima have known each other since they were young.  Both children of dancers, they were steered in that direction from an early age and they went down that road together.  Until they both realized that ballet and any kind of stuffy dancing wasn’t for them.  And they became 3-time international Latin ballroom champions.  No other couple had better chemistry and moves than Lizzie and Dima.  Until he let her fall during a show and she tore her ACL.  Now while she’s recovering, Dima decides things will change between them.  He’s always wanted her and now he will have her.  So he starts dancing at Club Devant and expanding his repertoire of moves.  Sexier, edgier.  Free.  He wants that with Lizzie, not going back on the road.

Now, lets not put anything down.  Each aspect of this story was hot.  Lizzie and Dima together were crazy and smokingly amazing.  Yes, sparks flying, panting, the whole nine yards.  And then there’s Lizzie and Paul… ‘cuz I have a soft spot for a good looking big cowboy.  And we can’t leave behind Paul and Dima, just purrrrrrr.  Lets just say that in the heat department, this book will leave you looking for the nearest ice bucket.  Have I mentioned how sexy it is when Dima’s accent gets heavier when he’s aroused or excited?

But the story was good too.  Most of the background between Lizzie and Dima is already there.  You are rooting for them from the very beginning.  But their connection to Paul was nice as well.  I find that it worked well, for the time it was there.

I am definitely looking forward to more burlesque dancing at Club Devant.  It’s new, different and refreshing. It pushed all my buttons and then some.  I can’t wait to get more!

Thanks Francesca for the re Jew. I’m going to amazon right now.