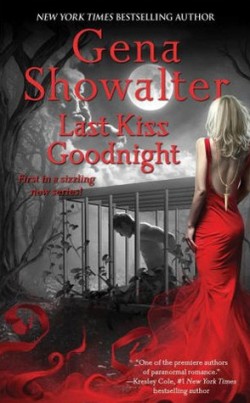 “Solomon Judah is a hero to die for.” ~Under the Covers

I was soooo excited to get my paws on this book because, well the cover is to die for, and I was hoping for a glimpse of Dallas.

From the very beginning of the book I knew this would be a unique story.  We have a heroine who is deaf, and a hero who is sort of a monster amongst his assassins and he kind of has a little devil on one shoulder and an angel on the other.  Almost literally.  Then there’s the actual premise of the book being in a freak circus.  Vika’s father is the owner of this circus and he collects aliens to keep in cages and show to mean spirited humans who come to see them.  Solo is actually looking to free those aliens, but then ends up captured and caged himself.

I really liked Solo.  Solomon Judah is a hero to die for.  Big and strong and protective.  I loved him from the very beginning.  His lack of self esteem because he sees himself as a monster was endearing and gave him the vulnerability that drew me in.  Vika on the other hand was a strong heroine, having gone through hell and back from early on.

Then there’s the bad guy of the story.  Wow! One of the worst I’ve read in a while, he was just MEAN and I despised him the whole way.  Just when I thought things were looking up, he would step on my hopes again.  Great bad guy!

But as much as all these elements by themselves were amazing, the storyline didn’t blow me away.  It was just ok for me.  I found it a bit slow and going through ups and downs.  I went from really liking it to falling flat to really liking it again.  I think in part a lot of that was because it took forever for Vika and Solo to get together.

This is a spin off series, and although I found no issues with understanding everything, maybe someone picking this book up without reading the Alien Huntress series might just have a bit of problems with understanding all the different alien types.  I think Gena has done a better job at explaining that in the original series than in this book.  That being said, you could easily read this book without reading the original series and still enjoy it.

I am very excited to what’s to come in this new series.  I really liked this group of “assassins” from the moment they were talked about in the Alien Huntress series and I can’t wait to read about them all.  But I NEED MORE DALLAS!!!  Who do I have to bribe?  That man is dangerous for my peace of mind.  Please give him an HEA.

I love the cover and sound of this book!

Is Dallas from the Lords of the Underworld? I admit, I’ve only read the first of that series…I am so far behind. So, I’ll have to put this on the back burner for now.
Thanks for the review?

Dallas is from the Alien Huntress series which this is a spin off from. Completely diff world from LOTU

Oh, I am so glad you posted this review. I hadn’t done my usual investigating and didn’t realize this is a spin-off just like Wicked Nights. I haven’t read AH series yet, but its my Gena challenge books so I’ll just tuck thoughts of reading this one for later.

Thanks for sharing your thoughts. It sounds good.

Thanks for the review – I agree this cover is amazing!

Oh I didn’t realize this was a spin off. I’m glad I read your review. I read a short story from this world and think I would do better reading the series before the spinoff to better understand the world.

I really want to read this one but I have not read the series that it is based off of. I have a new goal for 2012. Read all of Gena Showalter’s books.