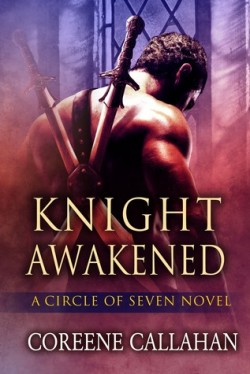 “Knight Awakened is a phenomenal start to Circle of Seven series. A world with prophecies, witchery and dragons, Ms. Callahan delivered a brilliant story” ~Under The Covers

Knight Awakened is a phenomenal start to Circle of Seven series. A world with prophecies, witchery and dragons, Ms. Callahan delivered a brilliant story. What I have learned about this author after reading Dragon Fury is that she is great at world building. I have also come to expect lots of action, suspense and romance complete with steamy scenes. Knight Awakened has all that and then some. Ms Callahan surely did NOT disappoint!

“And out of the ashes seven warriors shall rise. Bringers of death, they shall wreak vengeance upon the earth, until shadow is driven into darkness and only the light remains.” ~The chronicles of Al Pacii/Knight Awakened

A completely different world from her Dragon Fury series, this book is set in the 1300’s AD. Life all around is not easy. Torture, slavery aNd death are everywhere but most of all, power and control is always at play. Xavian Ramir, an assassin hired to capture Afina Lazar’s, the Priestess of Orm for that very purpose. She alone has the power over who rules Transylvania. The question is what will Ram do with her.

Xavian and Afina are complete with strength, weaknesses and with a complicated past. In my opinion, it makes their actions more realistic and understandable. I thought they were good together. I love that their romance was not rushed. They did not have an insta-love but their attraction was definitely palpable. They had some sexy scenes together, you will not be disappointed in that department.

The secondary characters were also intriguing. The two villains, Hallal and Vlad played their role well. They are who you would love to hate. Power hungry and pure evil. Henrick, is one I’m sure to have a book of his own. Skilled, deadly but has a good heart. I’m betting he will be an alpha to his mate.

Take note that this is neither a pocket book size story nor a typical Historical Romance. The novel is longer than full-length and it has an EPIC feel to it. Mark my words, this series will make it’s mark in the Historical and PNR genre. This is definitely one of the my best reads for 2012!

The official video of Knight Awakened is up on Youtube and the characters were as I imagine them to be. I thought it would be cool to get a good visual of the two sexy leads. 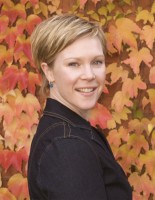 Thanks for the great review! Now I’m definitely going to be checking out this book!

Under the Covers Book Blog
Reply to  erinf1

Thanks for the review! adding this to my shopping list – I love the dragon series

Under the Covers Book Blog
Reply to  Maria D.

I love Dragon Fury too. This one has a different feel to it. but really good too.
Angela

Thanks for the review of this great new series. I liked the video.

Under the Covers Book Blog
Reply to  Joanne B

Thanks Joanne, me too. Hope you give it a chance.
Angela

I definitely want to try this series.

Thanks Angela, you have found a book with all my favourite things, going to add it to mt TBR list right now 🙂

Under the Covers Book Blog
Reply to  Annette C.

Thank YOU Annette, I’m glad you’re adding it. Hope you get to read it soon.
Angela

Wow I loved the trailer. I can’t wait to read this book. Thanks for the great review.

Under the Covers Book Blog
Reply to  Lori Meehan

Thanks Lori, the Vid really give a good pix of the characters.
Angela

Coreene’s books are on my wishlist-thanks for the great review!

Under the Covers Book Blog
Reply to  Timitra

Thanks Timitra! hope you get to it soon
Angela

I am already in love with Coreene’s books in her Dragon series, but now I see that I have another new series to look forward to! Great review–I’ll be adding this one for sure.

Under the Covers Book Blog
Reply to  trish dechant

Thanks Trish!!! this book is really good!!! hope you like it
Angela

Great review! I’m just added this to my TBL 🙂

Under the Covers Book Blog
Reply to  Lupdilup (Loupe Duffy)

Sounds like a great book, and with such a sexy cover!

Under the Covers Book Blog
Reply to  Emily

[…] love this Quiz. I first put it together for Under The Covers, a great book blog that I really enjoy. But since the New Year is upon us, I figured why not share […]

And the cover is amazing! 😀

I would love to read this book and definitely I will!

Thanks for the recommendation and wonderful review Angela 🙂