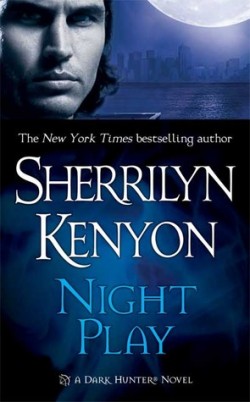 Vane has only one thing on his Bucklist List of things to do before he dies and it is ME!!!!!

Love Ann aka book boyfriend stealer ~Under the Covers

I must have screwed up the order of this series because I’ve read the ones after this but found that I had missed this one! It drove me nuts when I found out so I decided to read it right away and boy was I glad that I did. Vane is sex on a stick! It’s really no wonder why Suzanne (and others) have already claimed him for their harems. He’s a dream!

Of course, the best thing about this book is the fact that he loves bigger women. Bride isn’t comfortable about her appearance so she does all that she can to steer attention away from herself, but all of that does nothing to make Vane look the other way. In fact, the way he sees her is the thing that got me. Vane sees Bride’s beauty and never lets her forget it. Cue sighs.

SK really made this book enjoyable for her readers. I started another book but it simply didn’t hold my interest by page 100. I decided to pick up this book and read a few pages. At page 10, SK completely won me over. I was floored by the way she was able to introduce the history of the Were-Hunters and its world in such a tight word count. Then she goes on to introduce Vane in the opening scene. There she is able to reveal so many different aspects to Vane’s personality in one single scene. She displays his courage, his heartbreak, his determination and also his love for his brother, making him a well-rounded and likeable hero for readers to fall for.

From there, she introduces Bride and the first line from her POV is so effective in making readers sympathize with her. Bride gets dump via FedEx by her boyfriend for five years. Everyone has either been dumped or lost someone that they’ve felt deeply for, so it’s easy for people to relate to her situation. Bride is such a great heroine. Strong, sweet, big and beautiful – she really brought this book to life.

The rest of the book follows the same route – exceptionally well-written, sexy and dark! I devoured it. NIGHT PLAY is definitely one of the bright spots of this series.

I swear Vane is one of my all time faves—next to Acheron, of course. Loved this book and it is one of my faves:)
Great review post!

Under the Covers Book Blog
Admin
Reply to  Silkeq

I really love this series, this first 10-15 books are really the best 🙂

I’m making my way through them and I DO LOVE THEM!

Aly P
Reply to  Under the Covers Book Blog

SK has a great style, really love it 🙂

PS: Still can’t imagine how the idiot could dump her via FedEx… how insensitive can you be?!

I have to agree with you on this one! Love Vane!
I love the way Sherrilyn writes her men!!!
I have to admit though, Zarek is probably my top if not Acheron! 😉
I just love that “darkness” in them.
Wonderful review~!

Under the Covers Book Blog
Admin
Reply to  Tina B

Oohh Tina, Zarek’s a really good one too! I think my faves are Zarek, Vane, Ash and Valerius.

Oh wait wait and TALON! I can’t forget about Talon! He’s so sweet to Sunshine <3

Great review Ann…lol @ your note to Suzanne, too funny!

Thank yo9u, Timitra! Haha, I told Suz I was reading the book and she reminded me that she already claimed him for her harem *pouts*

Great review Ann, I have read all of the Dark Hunter book, just love this series 🙂

Under the Covers Book Blog
Admin
Reply to  Annette C.

Thanks Annette! I’m (slowly) making my way through the series in between review books lol. I will catch up…..one day!

Thanks for the great review! Ok… I *know* that I’ve read all of Kenyon’s books, but this doesn’t sound familiar at all… maybe I missed it too! Gonna have to go check my library 🙂

Always looking for new authors and series to discover and I’ve seen this author’s books available in most places I shop, so that’s gotta be a good sign…I guess I just need to figure out where to begin reading and get caught up!

Love all of Sherrilyn’s men!