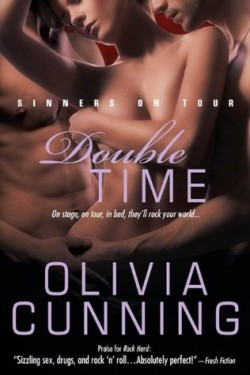 I can’t tell you how excited I was to be reading about Trey, seems like forever since I finished ROCK HARD.  But at the same time I had mixed feelings about it because even though this is book # 3 being released in this series, it’s actually book # 5 in the order of how they were written.  Meaning I knew going in that if the other bandmates showed up they would already be with their HEAs.

Now let me get to the meat of this thing… I have mixed feelings about several things so I’ll just try to address them separately.

Yes, the release order bothered me.  I did feel like I was missing information or reasons why certain things were the way they were.  This might be one that I re-read once all the books are released to see if m feelings change.

I loved the heroine Reagan.  She’s a rocker chick, which I thought was a perfect fit.  Actually she is my favorite heroine in this series so far.  I thought her relationship with Trey starts out perfect and up until there’s another person added to the mix, I was LOVING this book.  Talk about hot chemistry that sizzled off the pages and scorched me.  WOW!

I’ve always known that Trey had to have guy as part of his HEA.  That’s just who he is.  So when Ethan is introduced as Reagan’s ex who also likes guys and is still in love with Reagan I thought this would be perfect.  But then it wasn’t for me.  I feel like so much more could’ve been done with their relationship that wasn’t developed and didn’t  make it special.  It was just ok.

I was extremely disappointed about how they all three got together.  The whole scenario was so out there for me that it could’ve happened that way, that Reagan would’ve reacted that way and that their first time didn’t include her.

I was also soooo pissed with Brian and the way he acted towards Trey when confronted with his true feelings for him.  It just makes me think that Brian hasn’t matured at all throughout this whole series.  He was also acting very irresponsible towards the band.  Just didn’t like it.

Now for the character that stole my heart….DARE.  Oh.My.God I need some Dare (Exodus End) like right now, he’s so hot I want to climb him like a tree.

Overall, this book is explosively hot and the story is ok but I think it fell short on delivering the romance connection between the three main characters.

Trey wanted Ethan in every capacity and if he could be the first to take him, it increased his interest even further. He loved cherries.”I’m wearing nothing but my panties in a hot tub with a pair of rock star brothers – one of them naked. Does that sound responsible to you?” 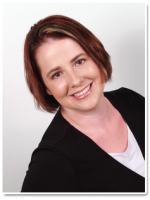 Raised on hard rock music from the cradle, she attended her first Styx concert at age six and fell instantly in love with live music. She's been known to travel over a thousand miles just to see a favorite band in concert. As a teen, she discovered her second love, romantic fiction -- first, voraciously reading steamy romance novels and then penning her own.

The Sinners on Tour, is one of my favourite series. I can’t wait to get my greedy little hands on Double Time!
Thanks for the review!!