My favorite author of the moment, Jill Shalvis has great news! With the success of her last three books in the Lucky Harbor series, Shalvis is contracted for three more books! Wheee!!! The next book will be called…drumroll, please!.. IT HAD TO BE YOU!! Such a great title!

Lieutenant Detective Luke Hanover had been away from the San Francisco Police Department for exactly one day of his three week leave and already he’d lost his edge, walking into his grandma’s Lucky Harbor beach house to find a B&E perp standing in the kitchen.

She sure as hell was the prettiest petty thief he’d ever come across, at least from the back since she was wearing nothing but a white lace bra and a tiny scrap of matching white lace panties.

“You have some nerve you… you ratfink bastard,” she snapped into her cell phone, waving her free hand for emphasis, her long, wildly wavy brown hair flying around her head as she moved.

And that wasn’t all that moved. She was a bombshell, all sweet, womanly curves, barely contained in her undies.

“I want you to know,” she went on furiously, still not seeing Luke, “there’s no way in hell I’m accepting your break-up message. You hear me, Teddy? I’m not accepting it because I’m breaking up with you. And while we’re at it, who even does that? Who breaks up with someone by text? I’ll tell you who, Teddy, a real jerk, that’s who– Hello? Dammit!”

Pulling the phone from her ear, she stared at the screen and then punched a few keys before whipping it back up to her ear. “Your voice mail cut me off before I finished,” she said. “You having sex in your office while I was in the building? Totally cliché. But not telling me that you weren’t planning to resign the lease? That’s just rotten to the core, Teddy. And don’t bother calling me back on this. Oh, wait, that’s right, you don’t call – you text!” She punched the “off” button on her phone and tossed it to the counter, hands on hips, steam coming out her ears. Then she thunked her forehead against the refrigerator a few times before going stock still, her head pressed to the cool, steel door.

Had she knocked herself out? Luke wondered.

“It’s just one bad day,” she whispered, still in the perfect position for him to pat her down for weapons.

Not that she was carrying – well, except for that lethal bod.

“Just one really rotten, badass day,” she repeated softly, and Luke had to disagree.

“Not from where I’m standing,” he said.

If you haven’t read this series, then I highly suggest you do. You are seriously missing out! Since I have my pimp hand out, I might as well point you in the direction of this….SIMPLY IRRESISTIBLE, book 1 in the Lucky Harbor series is currently 99 cents!!!! You can purchase your copy now.

In other great news, Sarah MacLean recently released the cover of book 2 in The Second Rule of Scoundrels series, ONE GOOD EARL DESERVES A LOVER. What do you think of the cover?

I think it’s very elegant and pretty! I’m very much looking forward to this book! According to MacLean’s website, ONE GOOD EARL DESERVES A LOVER is set to release on January 29, 2013.

Kitty Rocks the House is the 11th book in the Kitty Norville series, set to release March 26, 2013!  This might be my favorite “picture” of Kitty.  Can’t wait to read what troubles Kitty will get into next. 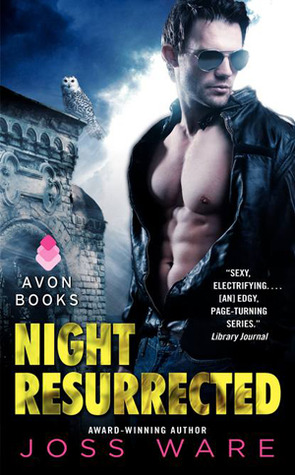 And in HOT AS HELL cover news…. NIGHT RESURRECTED by Joss Ware will release February 26, 2013.6th book in her Envy Chronicles series and a “must-have-on-my-shelf” book because that guy is …PERFECTION. *Francesca needs a moment*

And last but not least, Larissa Ione has revealed the NEW cover of ROGUE RIDER! This is Reseph’s book set to release this November! What do you think of the brand new cover?

*New cover first revealed at Happy Ever After blog.

I like the new Megan Hart covers better than the old ones.

I do NOT like the new Larissa Ione’s cover. She needs to leave the cover with Reseph on a horse. He is a horsemen for crying out loud.

The Joss Ware cover is also nice. I haven’t read that series, but I plan to.

loving the sarah maclean cover. i can’t wait to read that one. but what is up with rogue rider? i don’t think it goes with the other covers at all.

Thanks for the lucky harbor teaser!! I just read the 1st book this month and fell in love!! Her books are so heartwarming and just makes me happy!

oh, sry, but I forgot to say, why isn’t Larissa Ione’s hero riding something? I haven’t read the series, but aren’t all the other covers have them riding the horse? What happened to that?