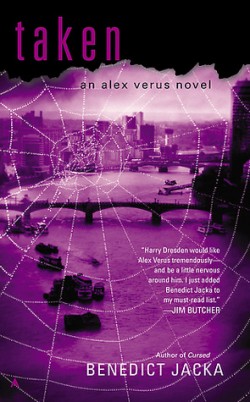 After unexpectedly surviving and defeating some powerful mages Alex Verus has begun to develop a reputation again in the mage community for getting problems solved. When he is approached and asked to investigate apprentices going missing, literally vanishing into thin air and are untraceable by means both magical and mundane, what he finds are a mysterious house, a dangerous rakashasa and two apprentices who seem to be in the middle of it all.

I am really getting into this series, the previous two books have been great and this one follows suit. It is action packed and full of excitement and has a plot in it that is interesting and complex enough to keep you guessing. But what I like best about this book and series is Alex, the main character, he is a great vehicle to tell the story through, he is constantly underestimated as he has less power then most other mages, making the books more exciting as it doesn’t always seem like he will prevail.

There doesn’t seem to be any over arching plot on these books, but these books do seem like they are giving you a taste of the world Mr Jacka has created and with each book it gets richer, although it may not be the most original setting, it is well done and the writing is good enough for it not to really matter.

I know we mainly review romance here, and this book doesn’t actually have any, although I am hoping some will develop in the future, but don’t let that scare you off, it is worth trying, and what it doesn’t have in romance it makes up with in other things. It was another entertaining book in the series, it kept me glued to the page trying to figure out how Alex would win this time and I can’t wait for the next book.

While I mostly read romance tinged books this does sound like an interesting series to check out. Thanks for the review