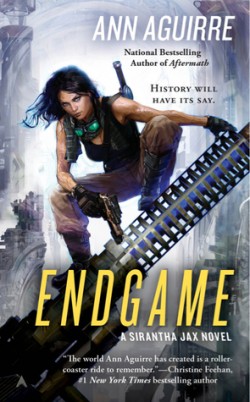 This is not a love story.
It is my life, and as such, there is love, loss, war, death and sacrifice. It’s about things needed to be done and choices made. I regret nothing.

These opening lines summarize the entire Sirantha Jax series for me. What a journey it’s been! Ann Aguirre has accomplished a great feat with this series. Infusing love and war together to make a pulse-pounding, heart-breaking read, the Sirantha Jax series has become a series that will remain on my keeper shelf for some time.

The first thing I want to mention is Vel. There is a good chuck of him in this book and his presence makes Jax consider her feelings for him.

“Vel and I came to a new understanding. It’s not the same relationship I have with March, but there are feelings, and we’ve been together for the last turn. I’m not sure how March is going to react to that, if he’ll think he’s got competition, which seems silly, considering Vel and I aren’t even the same species. It’s just not the same. Hopefully, March is enlightened enough to get that.”

If you’ve followed this series from the beginning then you know of the developing friendship Vel and Jax have. I love the friendship that Vel and Jax have. It’s so nice to read a book where different types of love are evident. It’s not always the romantic kind and I think Aguirre shows just how well bonds can be forged without sex being involved. However, I never once thought that Vel was competition for March. However, March doesn’t feel this way…

“You’re jealous of him?”

“He put his mark on you, Jax. Of course I hate it…but then, I’m a primitive male. Obviously, I don’t get your ‘special connection’ that transcends sex.” Anger radiates from him. “You know how that makes me feel? Like you get all your emotional needs met somewhere else, and you just come to me for a good, hard-“

“Seriously?” My jaw drops. “You’ve been inside my head repeatedly. You know that’s not true.”

“All I know is that you love someone who isn’t me. You’ll go anywhere with him…but you never stay with me.”

It’s times like these that break my heart. March and Jax are perfect for one another, but their relationship is far from perfect. They fight often and communicate less but the fact that neither one is willing to give the other up is a testament to their love. Aguirre showcases the ups and downs of a relationship. It almost mimics the acts of war – there are moments of triumph and happiness and there are also moments of extreme loss and grief. Love and war couldn’t be any more similar in this series.

In my AFTERMATH review, I noted some similarities I’ve noticed to Suzanne Collins’ The Hunger Games series. As I was reading ENDGAME, I felt that once again. Sirantha Jax is now at La’heng, a homeworld that has been conquered by foreigners. As a part of a grass-roots rebellion, Jax does her duties to broadcast the first communiqué from the La’heng Liberation Army and tell those who have had humanity stripped of them that there is a cure – the Carvati’s Cure. This scene reminded me of MOCKINGJAY where Katniss does her own broadcast to rebel against President Snow. However, while I absolutely despised the ending to MOCKINGJAY, I can say that I thought ENDGAME finished on a high note. I’m saddened to see this series end, but am thrilled with what journey Ann Aguirre has taken me on.

Ann Aguirre is a New York Times & USA Today bestselling author with a degree in English Literature; before she began writing full time, she was a clown, a clerk, a voice actress, and a savior of stray kittens, not necessarily in that order. She grew up in a yellow house across from a cornfield, but now she lives in sunny Mexico with her husband, children, and various pets. She likes all kinds of books, emo music, action movies and Doctor Who. She writes all kind of fiction in multiple genres, both YA and for adults. 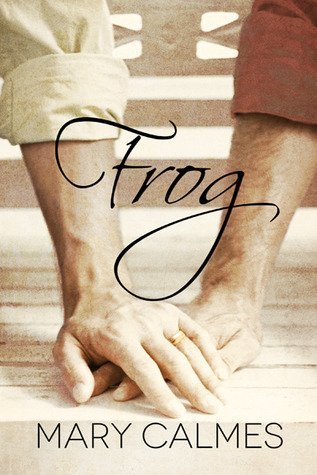 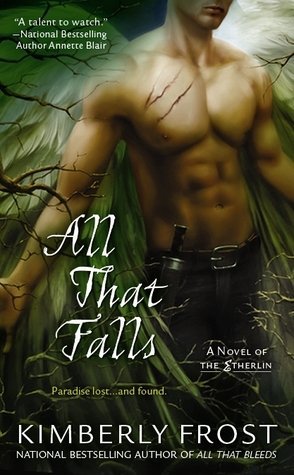 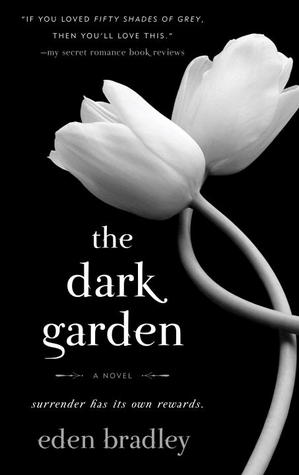 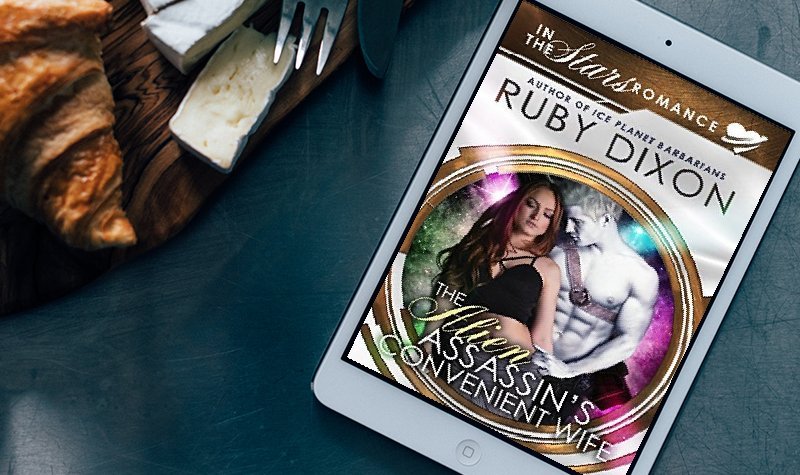 Thanks for the review – I have this series on my wishlist

Love stories are so much more interesting when there is a war involved…regular, boring life is just not interesting enough to write a good story/book about – there’s got to be some conflict to overcome. That’s what makes people stronger – when they go through great struggle and overcome those difficulties.