As you probably know if you follow this blog we love a good sweet and hot romance story, and Ms. Erin McCarthy manages to deliver that everytime.  With some light humor and a lot of heat she always makes us want to be IN her stories.  We are very excited to have her here today, so maidens, please help us welcome Erin McCarthy.

Thank you so much for stopping by UTC, we are fans of our work!
Thank you and thanks for having me!

I have to admit that you make car racing sexy and even made me want to watch the sport again. What is about drivers that you find is the most appealing?

I think it’s that their job is so clearly competitive by nature. They have to take risks at such high speeds to win, but it’s also requires a lot of strategizing and team work. So when it comes to relationships, they’re going to fight for what they want, which I think is sexy.

You’ve written some heroines that at the beginning were a bit too much for me to deal with and got on my nerves, but somehow when you got to their book you made me like them (ie Suzanne and Tuesday). What do you think was the trick to that?

Well, when you see characters not at their best, like when Suzanne is fighting with Ryder, or Tuesday is dealing with her father’s diagnosis of cancer, you may not like the things they say or do, but most of us have done or said things or had periods in our life that we’re not exactly proud of. But once I have the freedom of being in their point of view, you can see and understand why they say and do the things they like, and how they’re struggling with really strong emotions. Now if only we could read minds in real life. 😉

How many more books can we expect to see in the Fast Track series?JACKED UP is the sixth and last book in the series.

In Jacked Up, Nolan has a playboy younger brother Rhett. Do you have any plans to write a book about him?
You know, I honestly had no intention of writing a book for Rhett, but so many readers have asked about him, I’m considering writing at least a novella for him.

What was your reason for not pairing up Eve with a driver?
Oh, Lord, that would have never worked! lol. Eve has spent way too much time managing her brothers’ careers to want anything to do with a romantic relationship with a driver. She would either want to manage his career or just be jealous that he has the job she wanted. Jealousy is never good for a successful relationship. She needed a guy who didn’t crave the spotlight.

Are you a NASCAR fan yourself? How much research did you have to do about the racing world? Was it fun? *waggles eyebrows*

I didn’t really know anything about NASCAR until I started writing this series, but I ended up discovering I really love the adrenaline rush of racing. Research is fun because it involves grabbing a few friends and a six pack and going to the track. I had to read a lot on the sport, but just sitting in the stands and watching is the best part.

If we were unforgivably rude and pulled at random five things from your hand bag, what would we find?
Nothing interesting! Just the usual… mints, my wallet, lipsticks, pens. Boring.

Quickfire Questions
What was the last movie you watched?
I’m not sure… but I did watch the TV show Downton Abby last night. I’m on the second season.

What do you like to do when you’re not writing?
Gardening, listening to live music, bellydancing, swing dance, sitting on the beach, reading (of course), traveling.

What is the last book you read?
I Am Not a Serial Killer by Dan Wells. It’s about a teen sociopath who discovers a demon living next door.

Morning person or Night Owl?
Night Owl. Morning is the seventh circle of hell. If I wasn’t required to drive my son to school, I would sleep until ten and be damn happy about it.

She’s holding tight. He’s hanging loose.
Eve Monroe is a stock-car PR pro who puts her career first—until an on-track wardrobe malfunction reveals more than the sexy smile of her race-car brother’s jack-man, Nolan Ford. The video’s become an internet sensation, and it’s Eve’s job to calm the sponsors and put a spin on the unexpected exposure. It may be purely a public relations job, but now that Eve’s seen what’s under Nolan’s crew suit, it’s gotten a little personal—and after a few dates she has Nolan pretty revved up. If only she’d learn to relax and enjoy it…

And they both have the same drive.
Nolan’s sure that the spontaneous birthday bash he’s throwing for Eve in Las Vegas should loosen her up. It does more than that. Somewhere between cocktails and a smoking-hot motel-room derby, Eve and Nolan wake up hitched, thanks to a post-sex-high detour to a Vegas chapel. A hangover marriage to a virtual stranger isn’t good for anyone’s image, so Eve plans to play the happy wife long enough to satisfy the press, and then quietly part ways. Now all she has to do is convince her new personal jack-man. But Nolan has plans of his own…

READ OUR REVIEW﻿
We have two copies of Jacked Up up for grabs!
US only.﻿ 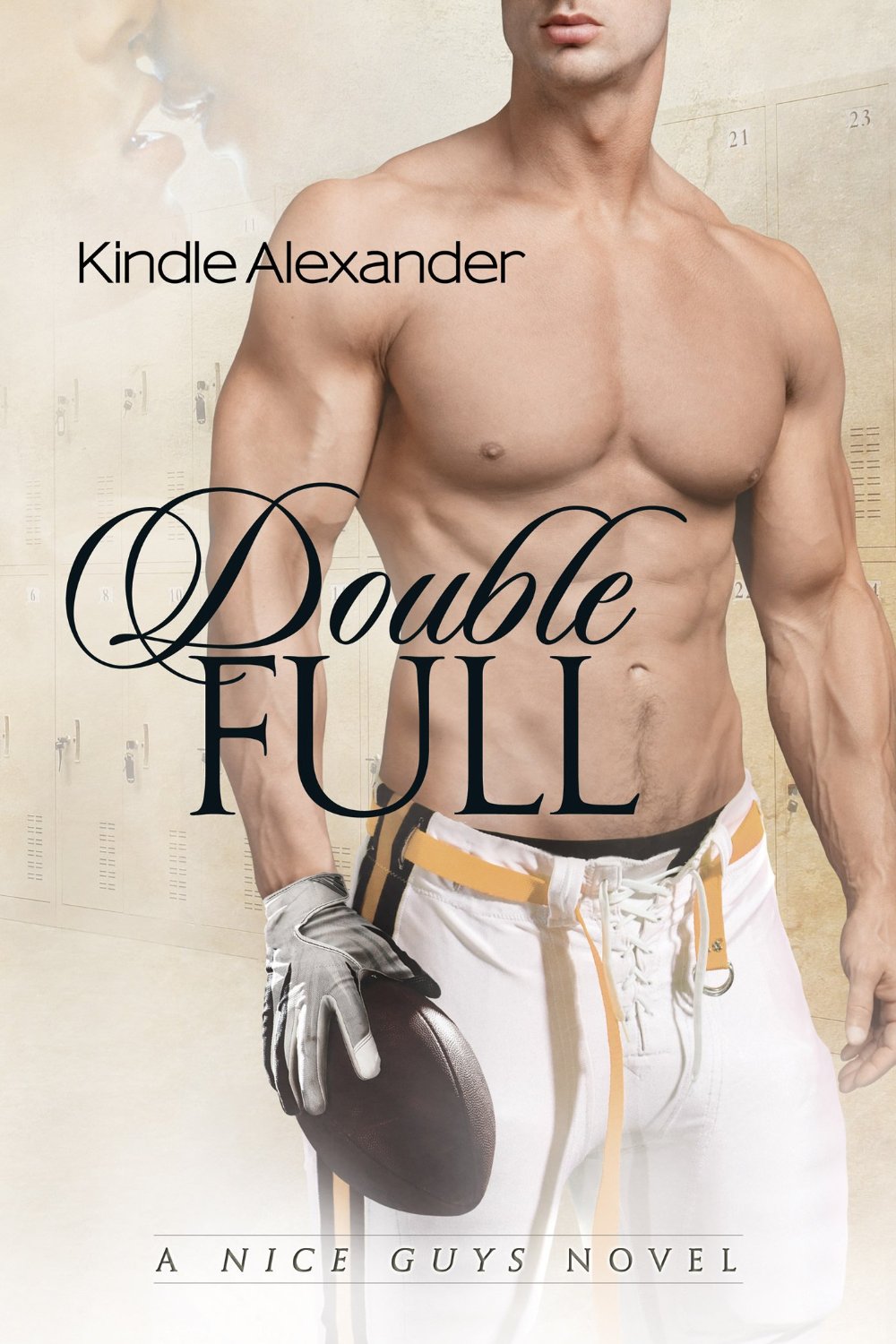 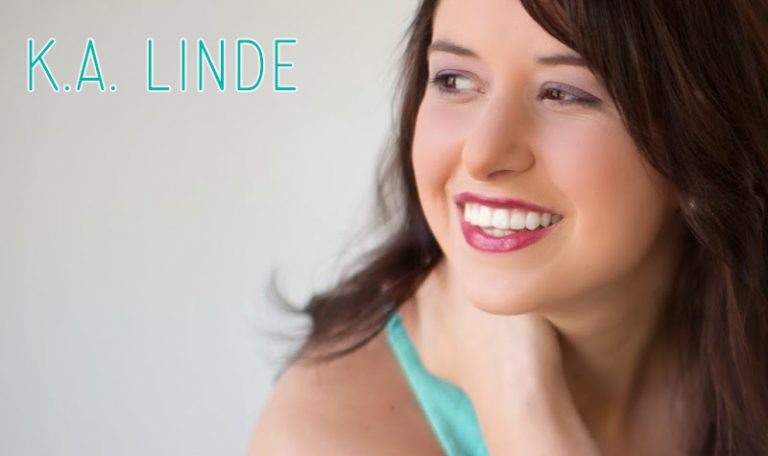 I love Erin Mccarthy’s Fast Track series. I’ve been waiting for Eve’s story for quite awhile. I’m looking forward to reading Jacked Up.

I read all the Fast Track and love them. And I know NOTHING about NASCAR even though I live in Charlotte NC. My favorite is the second with Imogen. I was one of the few that was STEAMY and SWEET at the same time. Please enter me in the giveaway. Thank you.

I can’t wait to try this series:)

I love Erin’s books =) I am a couple behind in the series, so I need to catch up, soon 😉

I haven’t started reading this series yet but I’m adding it to my list of books to read. Good interview and good review.

Looking forward to reading more of this series. I’m sorry to see it end but I know she’ll be writing more great books!

That is too bad that the series is ending.

Love the interview… love the author. Thanks for the giveaway.

Thanks for the great interview and giveaway! I need to read this series 🙂

Although I don’t watch Nascar, I do enjoy your books and learning more about this sport.
Great interview and thanks for the giveaway.

I love Erin’s Fast Track series!! I have been a fan of hers since reading Flat Out Sexy and I can’t wait to read this next book. I am not a big fan of NASCAR but I really enjoying reading this series.I love all of Erin’s series & I can’t wait to read more of her amazing series!!

I’m so glad that Eve’s story is finally coming out. The Fast Track series is just one great book after another.

Hello I’m a newbie 2 Ms. McCarthys work but I did N fact Read MOUTH 2 MOUTH..Great Read..I love this lovestory because the heroine had a disability. MOUTH 2 MOUTH is a keeper anyone can Share & N joy 4Ever!
redz041@yahoo.com

I love Erin McCarthy’s books and find her series amazing. I love the romance and paranormal works. sdylion(at)gmail(dot)com

I have enjoyed the series and will be sorry to see it end. I am impressed that your knowledge of NASCAR started with this series, you conjure up the excitement of the racing circuit nicely!

They really should require breathalyzer exams before Vegas marriages! This sounds like a fun read!
Thank you for the giveaway!

This one sounds awesome. Love the cover. Can’t wait to see what Nolan has planned.

Erin, I have not read this series as of yet but am so looking forward to it. Thank you so much for sharing with us.

Great interview! Thanks for the insight into Erin 😉

This isn’t really the last book is it?! I LOVE this series!! Please keep it coming!!

I do enjoy stories set in a sports venue – I even learn things about sports.

I am a HUGE fan of Erin McCarthy’s!! Love her books and I love this series. I need to catch up in the series as I have only read books 1 and 2 and I am way behind!!! My fave book of hers is Mouth to Mouth!! Thanks for the chance to win!!! Great interview!! 🙂
mariann297@gmail.com

Sounds like an awesome book, definitely want to read it now!

WoooHooo I know this Series will Start My Engine!!!! 😉

I LOVE this series…I’m kinda sad this will be the end of it. FAB/SMEXY cover, btw!! Wouldn’t this series make an AWESOME TV/Lifetime/HBO (whatever) movie mini series? Who do we need to talk to….

I LOVE Erin McCarthy’s Fast Track series! I’m so glad Eve is finally getting her book! 🙂

Thank you for the giveaway and interview!

I love this series. C I can’t wait to read the lastest book.
Lorimeehan1@aol.com

I love this series and am sad that it’s coming to an end. Can’t wait to read about Eve. Thanks.

I said it before and I’ll say it a million times! I LOVE Erin McCarthy’s books. I have been reading her work for years. I am in love with Vegas Vampires and the Fast Track series!

I am a gearhead- Erin’s books were like I was at Talledega, listening to Jeff Gordon and the late Dale- screaming what the f***, are they trying to kill us out here- after a big wreck. I am sorry the serie is ending, but I am sure Erin will have new booksshortly.

I just love Erin’s books, and am excited for a new one! Thanks for the interview and giveaway ladies!
lavendersbluegreen(at)yahoo(dot)com

My mom is an avid NASCAR fan and she has loved this series so much. She has passed her books on to me and I must get started soon

I’m really looking forward to reading this one. Thanks.