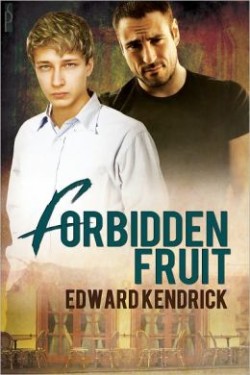 Sam L. Young, or Sly, as his close loved ones call him (which are 3, according to him), is a private detective in the Big Easy. We meet him as he is being hired by a man who is worried about his wife and business partner possibly having an affair. In the process of his investigation, Sam stops in at one of his favorite diners where he then meets a young and beautiful waiter, Jamie. While Sam is intrigued and attracted at once, nothing comes of it, and he continues his investigation.

Shortly after finishing his job, he then finds out that his client and wife are missing along with his client’s business assets. Before long, Sam is being hired by the business partner to investigate the embezzlement. While conducting this investigation, he runs by the diner in hopes to see Jamie again. Not only does he get to see Jamie, but he also finds Jamie being seriously harassed by someone who obviously is a part of Jamie’s past. Jamie doesn’t provide any details about his past, but it is clear to Sam that Jamie is fearful of this man. As a result, Sam decides to take Jamie under his wing and provide him with a safe place to stay as Sam tries to figure out how to deal with this situation, in addition to continuing his work on his new case.

As the story unfolds, his relationship with Jamie grows into something more than just protection and friendship, and both Jamie and Sam’s PI work begin to intermingle in his life. Talking to Jamie about his case, Sam soon discovers that Jamie might be of great help to his PI business, and he is also quite besotted with Jamie. However, Jamie’s past haunts him and is fearful of so much, including the “normal” elements that make up a relationship. Sam is very patient, however, and is willing to be with Jamie in ways that are more emotional than physical.

Forbidden Fruit is a very sweet, short story and incorporates so many elements of what I love in my books. It has an enjoyable, snarky main character, some good detective work, and a relationship that grows out of something more than just lust. For those of you familiar with various m/m romance works, Sam reminds me of Vic from “PsyCop,” and the relationship of Sam and Jamie reminds me of Levi and Jaime from “Between Sinners and Saints.” The downfall for me, though, was that Forbidden Fruit was much too short, and I only wish that all of the elements which I love so much would have been developed much, much more, and made into a full novel. Because of it being a short story, the underlying crime work was solved too quickly and easily, as was the way in which Jamie’s sitch with his past was resolved. Further, the “L” word was used much, much too soon. I felt like they barely knew each other as they were talking about love for each other. Other than those few points, though, it was a very sweet story. Also, this was my first book by Kendrick, but with his style of writing, it will not be my last.

It sounds like a good premise but I typically find myself wishing these super short stories were longer. I’m greedy like that and am always left longing for more.

Timitra – yes, it was interesting, good, and sweet. Sadly, it was much too short.

barklesswagmore – I totally agree with you, as I am finding that I feel the same as I read more and more short stories. Either they need to be developed more and made longer, or they should be the start of a series that will continue to follow such great characters. And I don’t think there’s anything wrong with being greedy. 😉

Good review! The premise is interesting – gotta love anything set in the Big Easy…lol