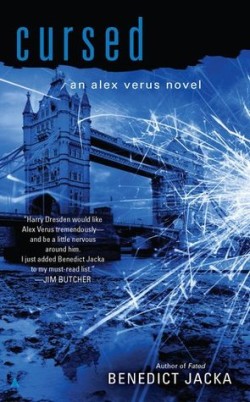 Alex Verus quiet life as a magic shop owner seems to well and truely come to an end. His name is back on the radar for both light and dark mages, something he has spent years avoiding. But although trying to avoid trouble he isn’t always sucessful as quite literally trouble comes crashing through his shop window. But what does drained magical creatures, a beautiful enchantress and a monkey paw have to do with Alex? After multiple attempts on his life Alex decides to find out.

Although I mainly read romance of which this book and series so far has none I am really getting into this series. I really enjoyed the first book and the second book was just as good if not better. It wasn’t burdened as much with world building giving more page time to the plot and the characters.

If you like an action packed, magic fueled story then this is the series for you. It has a fast paced story which captivated me from start till finish and had a complex mystery that you could really get in to, which as much as I do love my romances, sometime is rather lacking in a book I would typically read. I also really like Alex Verus, the main character and from who’s point of view we read from, he is resourceful and clever and some how always manages to wiggle out of trouble with a mixture of cunning, intelligence, luck and a little help from his friends.

In conclusion this was a really good installment in the series and I can’t wait to read the next one.

thanks for a great review! Grrrr. I need to get my booty in gear and read Fated 🙂

Wow! Love the sound of this. New author for me but I love a good mystery!

Thanks for the review. This series sounds good.