I can honestly say I enjoyed this book more than I did the first time I read it. It was still a difficult and emotional book to read, but it fits perfectly in the BDB world and it deals with the issues that have been hanging around during the series.I had completely forgotten about the Wizard but… I still didn’t like him. The first time I read Lover Enshrined I was very annoyed with Phury; however, now I feel bad for him and what he’s had to endure his whole life. He’s always had the short and ugly end of the stick. He has had a whole list of issues to deal with, like being the brother left behind; dealing with his father’s addiction and mothers neglect; looking for his missing twin and finding him where he did; sacrificing himself for said twin. His whole life has been about pleasing others and blaming himself for their faults and the only way he found to deal was through drugs.

I wish we didn’t have to see him fall so deep. And I wish we would’ve seen more of the romance developing between Cormia and Phury. By the end of the book I didn’t feel their connection. Yes, I felt it from Cormia, but not from Phury. My favourite scenes with them were when she came out of the pool and JM, Blay and Qhuinn were drooling over her then Phury came and almost killed them all LOL and the scene between Phury and Cormia in the theater (Dirty Dancing is now EVEN MORE awesome!) where they get interrupted by the Directrix and a Chosen; heartbreaking.

The JM/Xhex drama goes on, I LOVE IT. My favorite parts are when Xhex gets in his head and sees that he’s been fantasizing about her, and she says to him “Next time you think of me like that, say my name when you come. It’ll get you off even better.” But then later on JM gets drunk and she finds him in the bathroom, and he gets the balls to mouth to her “I want to fuck you.” But then as she might be considering it, she gets a call from security and has to leave, but he writes on a napkin “Next time say my name, you’ll come more.”

Lash is an ass, I hate his guts. There’s nothing else to say about him.

When Tohr comes back, and ignores JM, my heart broke when he thinks this:

“In his mind, he had the conversation he wanted to have with Tohr: Qhuinn and Blay ended up here, Qhuinn’s parents are dead, Lash is… I don’t know what to say about him. There’s a female I like, but she’s out of my league, I’m in the war and I missed you and I want you to be proud of me and I’m scared and I miss Wellsie and are you all right? Most important, please say you’re not leaving again. Ever. I need you”This isn’t my favourite book in the series as for me it has the weakest romance so far, but there are so many good moments and the development of other story lines is really interesting. Bring on the Reverend! 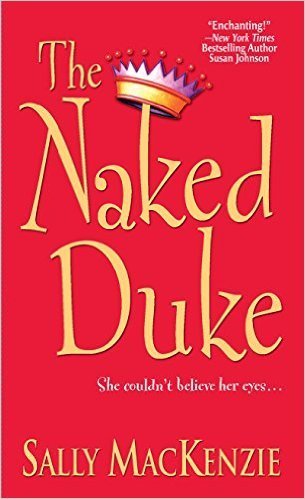 When I first read this book (no audiobook then) this book was one of my least favorites, but after I listened to audio, I absolutely loved it.
Great review! I feel exactly the same way.

i feel bad that this book gets so much flack. i don’t think it’s as good as the others but i still really enjoy cormia and phury’s romance (wanted more of it) and the drama with the other characters as well. i cannot wait for tohr’s book!

What I love about JR Wards series is that the brothers still suffer from “human issues” like drug addiction. Phury’s book is still not a have of mine, but I love how it moved JM’ story along.

And I agree with you. When I finished the book it just didn’t feel like Phury & Cormia were really in love or connected. Like Phury made himself settle because of all the other crap he’s gone through and just needed to get over Bella.

I thought I was the only person who had an issue with this book, I really didn’t like it, I stopped liking Phury and I took a hiatus from the series which I plan to break this year.