Join our newsletter to be the first to hear our latest news! Learn More
Home / Interviews / Jami Alden and Dee Davis Blog Tour

Hi everyone! Today we are participating in Forever Romance’s Romantic Suspense blog tour with Jami Alden and Dee Davis. Under the Covers got a chance to ask Dee Davis, the author of DEADLY DANCE and Jami Alden, author of RUN FROM FEAR some questions. Here’s how it went down… 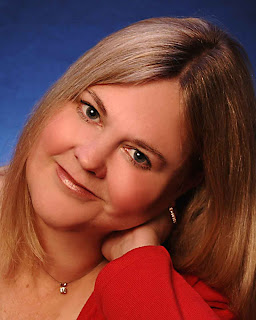 Dee Davis
1. Tell us five things about you that may surprise us.

I used to sing with a rock band.

It took me thirty nine years to finally put pen to paper in a serious way and by then, it was all about computers.  So, first, I had to learn to type.

A long-time dreamer, I always wanted to be a rock star, and actually sang with a band for a short stint in my twenties.

As a fan of the Sound of Music, I was delighted when my family moved to Vienna, Austria and wasted no time heading for Salzburg to sing Do Re Mi in the park where the original number was filmed. d. I once flew through the air with the greatest of ease.  Okay, in reality I had to be pushed off of the platform, but once airborne was quite delighted with the prospect of flying—forever—since I also wouldn’t let go.

I loved Lost In Space so much that my parents used it as a way to punish me. If I misbehaved, I had to miss the episode that week.  I now own all the episodes and no one can stop me from watching.

2. Of ANY book character, who would you want to have a date with?

Well, considering I haven’t been on a date in over twenty years, that’s a harder question to answer than you’d think, but I am going to go with Aragorn, from Lord of the Rings.  If I were a kid, I’d say Calvin from A Wrinkle in Time.  And if I were thinking purely romance, any Linda Howard hero.  No, wait a minute…I do have a definitive answer.  Mr. Darcy.  Oh yeah, Mr. Darcy.

3.  Who is your favorite author and what is it about their work that resonates with you?

My favorite author is Mary Stewart.  She wrote among others, My Brother Michael and The Moon-spinners.  I adore her work because first off, she can literally transport you to a place with her writing.  And secondly, because she writes wonderfully strong heroines who don’t stand around waiting for someone else to save the day.

Thanks Dee for taking the time to answer our questions!

“As the intelligence officer for””A-Tac, a black-ops CIA unit masquerading as Ivy League faculty, Hannah Marshall is used to working behind the scenes. But when a brutal murder hits too close to home, Hannah finds herself in the middle of the action, falling in love while racing to outwit a sadistic mastermind. ”

A KILLER CLOSES IN
After the death of her A-Tac partner, Hannah doubts everything she thought she knew about love and loyalty. When handsome Harrison Blake joins the team, she’s reluctant to trust him – or to act on her intense attraction to him. Then Hannah receives a podcast of a gruesome murder, and the only person who can help her find the killer is Harrison.

Harrison has spent years trying to hunt down the cunning monster who killed his sister. Now investigating with Hannah, he faces a shocking possibility – his sister’s murderer has resurfaced. As the danger escalates, Hannah and Harrison grow closer, the desire simmering between them ignites. And when Hannah disappears, Harrison has only one chance to save the woman he loves.

1. Hi Jami! Who is Jami Alden? Tell us give things readers wouldn’t know about you.

1. I went to a wig and mustache party last night.
2. I’ve run 2 marathons and done 3 olympic distance triathlons.
3. I just spent a week in Alaska. 4 of those days were spent in a cabin in the middle of nowhere that has no running water and no electricity.
4. My first attempt at writing was a melodramatic western historical. It’s stuck forever on page 300.
5. My second attempt at writing was a contemporary cowboy secret baby book.

2. Do you have a writing process? Do you have to listen to music, have complete silence, write only on a full moon?

My writing process is, for better or worse, pretty messy. I wish I could be one of those authors who plans every scene out in great detail and knows my characters inside and out before I even start writing. But no matter how many times I tell myself I’m going to spend more time figuring everything out before I start, after about a week the dogs start nipping at my heels, telling me it’s time to produce some pages! Plus, I really don’t feel like I know my characters until I’ve spent a lot of time with them. So my process to get a general idea of the story, have an idea of the major turning points, and just start writing. I try to write without judgement, and if things change as I write I let it happen. I try to write the first draft as quickly as I can, and I don’t go back and revise until I’m finished. But as things are revealed I’ll make notes of where I need to go back and make changes, whether it’s to characters’ traits and reactions to things or actual events in the plot. The only thing that’s really disciplined about my process is my schedule. I have 2 boys, ages 4 and 6, who have completely opposite school schedules. So I have a babysitter come 3 mornings a week before my younger one goes to preschool. Then I write from 8:30 – 2:30 or 3k words each working day, whichever comes first. I envy writers who have the energy and the discipline to work after the kids go to bed or early in the morning before they wake up, but after writing, getting the kids and hosting playdates or getting them to their various activities, followed by homework and dinner I’m tapped out.

3. What are you currently reading?

Right now I’m reading THE DAUGHTER OF SMOKE AND BONE by Laini Taylor. I’m not very far into it, but so far it’s very intriguing. I’ve also been glomming onto Tara Janzen’s old Loveswepts that she originally wrote under the name Glenna McReynolds. She’s rereleasing all of them as ebooks and they are FABULOUS!

With each step she takes, he tracks her every move, waiting for the perfect time. The perfect revenge. Until then, he’ll watch her…

More than anything, Talia Vega wanted to leave behind her harrowing past. Moving 800 miles away, she succeeded . . . until the one man who knows her darkest secrets wanders into the restaurant where she works. Now the agonizing memories come crashing back—along with an undeniable desire for Jack Brooks, the ex-Green Beret who rescued her from a sadistic monster two years ago.

Jack Brooks knows that showing up unannounced is a purely selfish move. Talia doesn’t need his protection anymore, but he can’t get the raven-haired beauty out of his mind. And when a twisted madman is hell-bent on resurrecting her tortuous past, Jack vows to do anything to keep her safe–even risk his own life to save the only woman he’s ever loved.

Forever Romance is giving away THREE US RESIDENTS both books!
To enter, please:
1. Be a follower
2. Fill out the form below

Just wanted to stop by and say how much I enjoyed visiting with you and folks who read your blog. And apparently I really liked singing in a rock band since I mentioned it TWICE. LOL.

WOW–2 Fantastic authors with an awesome giveaway. Glad I stopped by 🙂

Two great sounding books. There’s even a green- beret in one. How much better could it get. Thanks for the giveaway.

I love a great romantic suspense…what’s beter than that? Two!

Thanks for the fantastic giveaway! I’ve really been wanting to read these 2 authors 🙂

I love Jami Alden books, especially about the three brothers. Thanks!

Both books look great, I love romantic suspense. Jami Alden is new to me (love finding new authors) and I have read Dee Davis.

Look forward to reading these two new-to-me authors. Thanks for the giveaway!

Thanks so much for hosting us!

Two more authors to read – Thanks for the intro!

Congrats on the new releases, Jami and Dee. I love learning little tidbits about my favorite authors like their hobbies and their past jobs.

Wow. Great post. Love the cover. Thanks for the chance.

I forgot to include my email earlier to my comment from CS Maxwell-
trish.dechant@gmail.com
My bad 🙂

Thanks for the give away. Both authors are new to me 🙂 Looking forward to reading them.

Thanks for sharing! Both books sound excellent.

Both of these books look really good. I would love to read them and give the author’s a try. Thank you so much for hosting the giveaway and the publisher for giving us a chance.
June
manning_j2004 at yahoo dot com
(it is a j after the _)

I can’t wait to read Run From Fear, the first two in the series were awesome 🙂

“Danger Will Robinson!” Gotta love a kindred spirit who loves Lost in Space! And Jami…It sounds like you’ve had some interesting experiences lately. Good fodder for writing, I hope.

I love Dees books Jamie ur book sounds awesome deff adding to my wishlist congrats on their release!

BOTH books sound like GREAT reads…thx for the AWESOME giveaway opportunity! 🙂

Both sound great! thanks so much