Join our newsletter to be the first to hear our latest news! Learn More
Home / Reviews / Review: When He Was Wicked by Julia Quinn When He Was Wicked
by Julia Quinn

Michael Stirling is known as the Merry Rake. Seducing and flirting is his forte. However, Michael is in love with the one person he can never have. Married to his cousin John, Francesca is unaware of Michael’s feelings for her. The three of them are best friends, but her presence makes Michael hurt in the worst of ways.

But when a loss shatters both their worlds, Michael and Francesca don’t know how to deal with the pain…or the presence of one another. The question stands, how will they face each other when a distant memory continues to haunt them?

Julia Quinn is known for her witty and loving characters. It’s her remarkable ability to make readers sympathize with the characters that makes them feel so real to you. Quinn has a talent that most writers envy and make readers rejoice because each book is simply to die for.

WHEN HE WAS WICKED caught my attention because of its engaging title. Who could resist such a tempting tease like that?

But it was with this opening paragraph that I knew this book would hold something deeper than Julia Quinn’s usual books.

“In every life there is a turning point. A moment so tremendous, so sharp and clear that one feels as if one’s been hit in the chest, all the breath knocked out, and one knows, absolutely knows without the merest hint of a shadow of a doubt that one’s life will never be the same.
For Michael Stirling, that moment came the first time he laid eyes on Francesca Bridgerton.”

With just these few words, I knew that this would be different than the other books in this series. First off, it’s written in parallel with To Sir Phillip, with Love and Romancing Mister Bridgerton, which has not been done before in this series. And the second, is that Quinn covers the more extreme spectrum of emotions including grief, hate, anger, passion and love. And longing – pining for what you can never have.

WHEN HE WAS WICKED was by far the most emotional of the series. It showed that Quinn was able to display more than her cunning wit. She wrote drama and heartbreak and grief. And it was really the perfect read.

Michael was the perfect hero. I loved the internal battle he waged within himself. There was lust and love on one side and honor and loyalty on the other. It was interesting to witness how a man could still love even after what had happened to him.

And then there was Francesca whom I wasn’t too interested in out of the Bridgerton siblings. She was the most remote of them all. But I learned a lot about who she was through this story. She doesn’t know of Michael’s attraction to her, so she was slower to come to his attentions.

Some thought that Francesca was playing hard to get, but I disagree. I think since Michael loved her before everything happened, he had a lesser distance to travel in order to fall in love. However, Francesca experienced a crushing loss that tilted her world off its axis. Added to that is the fact that she experienced another subsequent loss shortly thereafter which tore her apart again. So, no I don’t think Francesca was too slow to accept Michael. In this book, she had a great distance to travel emotionally and I think only time and Michael’s persistence allowed for her to open her heart up once again.

Overall, this book deserves the 5 stars I’m giving it. Maybe even more because I didn’t even mention the sexy love scenes that these two have. WICKED doesn’t even cover it!
Did you like this review? If so, please tell us your thoughts in the comments below! 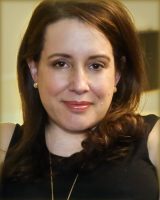 What a nice review! I love that title, too, and the opening paragraph really draws in the reader.

I love this type of story, love to read the angst and pain and the eventual happily ever after!!!!

I love this series. I so need to finish!!

Really want to read this book and this series. Enjoy reading stories with a lot of emotion. Will be checking out the books in this series.

Loved, loved Michael but Francesca rubbed me the wrong way.
I love this series though!

Thank you Catherine! I loved that opening paragraph!

Shelly, I hope you find the time to check this one out 🙂

Yeah, lots of people didn’t like Francesca. She didn’t bug me so much actually.

This is one of my favorite series! I stopped midway through because I knew the series was coming to an end and I wasn’t ready for it to end yet. I think this book was the one that was next and after this review, I really want to go and finish the series! Great review!

i really need to read this series. this one sounds excellent!

What a great review! I love reading your emails. I always check over here before I get a historical romance. Usually if you guys says it’s good. I know it will be.

Thank you Taryn! I dont know how you found the will to stop! I devoured all of these so quickly. Now they are done and I want to sob 🙁

Hey fishgirl, I hope you get the chance soon!

Mary, you are SO sweet! Thanks so much for reading our reviews!

Great review! I absolutely adore When He Was Wicked; it’s my favorite Julia Quinn. Which is saying something, as she’s freaking amazing!