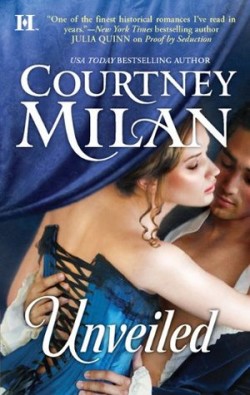 Ash, Mark and Smite Turner were the victims of other people’s greed from the time they were young. Their title and their money was basically taken away after their father’s death, their mother went insane.Ash Turner made something of himself by way of commerce. He traveled to India, he learned business, he did what he had to do. Then he came back for his brothers.

Now there’s a way for him to reclaim the dukedom that should be his and he’s taking it. He’s moving right in to Parford Manor along with Mark. Except the old family left a spy behind. Lady Margaret Dalrymple, who now has to report back to his brother of anything that they can use in their legal battle to retain the dukedom in their family.

She never fit in her family, her family never had her back. So when Ash pays so much attention to her, and shows that he truly cares for her, it slowly disarms her and brings down her barriers.

Ash is the steady rock, the pillar of his family. That’s all he knows how to be. So he wants to provide the same for Margaret, no matter what others might think.

I was a bit concerned as to how Ms. Milan would bring back the heroine from such a betrayal to our hero but it all worked out very well I think, without seeming completely out of reality.

Now I can’t wait to read about the other brothers! Yummy!

I really want to read this series. I have read nothing amazing reviews on all the books!

Enjoyed the review. This sounds like a good story. Have not read this author. Will have to check out this series.

I absolutely LOVE that quote, thanks for sharing it!!! I can’t wait to read this series!!!

A challenge to make it believable, redemption. Sounds great though! And beautiful cover.

This sounds like a great story. I love books where one of the main characters has a secret, devious plan but they end up falling in love and therefore can not betray their love. And the cover is just gorgeous!

This was a great story. It really was unique and the hero was tough but caring.

Oh my what a beautiful quote. Thanks for the review.