Join our newsletter to be the first to hear our latest news! Learn More
Home / Reviews / Review: The Wicked House of Rohan by Anne Stuart 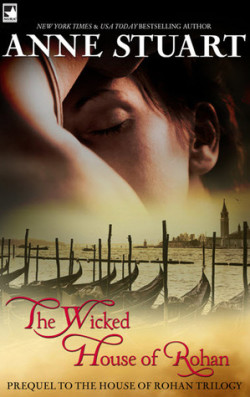 The Wicked House of Rohan
by Anne Stuart

One of them is the gorgeous male specimen, Alistair Rohan.

They bring to his home the first sacrificial lamb to their festivities. Yes, I mean a woman. One down on her luck at the moment who thought she was getting a job not being used for sex. They are in Venice, she needs money to return home to England.

But Kathleen Strong is shocked to find Alistair there. Her brother’s friend and childhood crush. And now she’s been offered to him to have sex with?

I thought this story was very well written. As usual with this series (and if you read this in order, like you should, you wouldn’t know) it’s a bit dark and gritty and maybe not your typical declaration of love eternal from the first page. And that’s one of the things I love about this author.

However, the story was a bit short, even though satisfying, I wanted more!

Adding this to my wishlist!!!!

Thanks for reviewing, adding this to my TBR.
I love Ann Stuart, I’m glad I got your opinion on this Prequel, otherwise I’d never thought of picking it up.
Thanks!

Have added this series to my wish list. Enjoyed the review.