Mercedes “Mercy” Thompson
Middle name: Athena
Tidbits: She is a “Walker” who has the ability to turn into a coyote; Runs a Volkwagon auto repair shop
Appearance: Tanned skin – from her Blackfoot Indian and white mixed background ; Athletic build from her karate lessons.; Has long, straight brown hair, usually kept in braids.
Physical marks: tattoo of coyote paw print on her belly, below the navel and two Celtic knots on her upper arms; Has buckshot scars on her bum.
Mate: Adam Hauptman, Alpha of the Columbia Basin Pack

Adam Hauptman
Status: Alpha of Tri-Cities werewolf pack
Age: around 64 years old
Tidbits: Runs a security firm; is divorced with one teenage child, Jesse.
Wolf form: Deep silver fur, almost blue with an undercoat of lighter colors;muzzle, ears, tail and legs deepen to black, yellow eyes
Knicker Removing Quote: His hands, which had been moving in circles in my fur, stopped and took a good hold. “Ben says you might run. If you do, I will find you and bring you back. Every time you run, Mercy. I won’t force you, but… I won’t leave or let you leave either. If you can fight that cursed fairy drink, you can certainly overcome any advantage being an Alpha gives me if you really want to. No more excuses, Mercy. You are mine, and I am keeping you.”
Mate: Mercy

Bran Cornick
AKA: The Marrok, Alpha of all North American Alphas
Appearance: Sandy-haired young man with a nondescript face; describes as looking like a “college student, a computer geek or maybe an art major”; warm hazel eyes
Wolf form: All shades between black and white that makes him look like a medium gray color with a white tipped tail; pale gold eyes;
Mate: Leah Cornick

Classification: werewolf
Wolf form: brown coat
Fun fact: was a real cowboy when he was changed
Appearance: built like a marathon runner; rugged look to him

The Man Behind The Covers
Daniel Dos Santos

UTC: Do you read the books before you come up with a cover idea?

Daniel: Whenever the manuscripts are available, yes. I try to give as honest a depiction of the story as possible. Though, often times the covers are done a year in advance of the book being released (as in the case of the Mercy Thompson series), so the manuscript isn’t actually completed yet. In these cases I work from rough outlines or through direct Author discussions.

UTC: Which cover has been your favourite to create so far?

Daniel: It’s very rare that I like anything I paint for more than a few weeks. Though, lately, I’m still pretty smitten with the cover to ‘My Life as a White Trash Zombie’, by Diana Rowland. It was a fun cover, and easy to paint. Having the actual process of painting be fun actually contributes a lot to how much I enjoy the piece when I’m done.

UTC: How much time goes into one of your beautiful pieces?

Daniel: I do a painting every 2 weeks. That gives me about 3 days to read the book and do ketches, another 2 days to book models and shoot reference, and the last 9 days or so to paint the actual image. Though, that is almost always a rush for me. Inevitably, several days will be lost waiting for sketch approval, or waiting for layers of paint to dry. That eats away at my allotted time very quickly, and before I know it, I am skipping sleep in order to get it done on time.

UTC: What type of material do you use to create your artwork?

Daniel: I always work traditionally, using oil paints on illustration board. I really like having an original piece of art in the end. It makes all of the hard work seem worth it. Though I am familiar with digital techniques, and often utilize Photoshop when working on my rough concepts or when compiling my reference photos.

UTC: What’s the best and worst part about being a freelance artist?

Daniel: The best part is definitely being your own boss. I get to make my own hours, and my personal success (or failure) is entirely my own to decide. No surprise lay-offs, and no one can make me do a job that I don’t want to do. On the downside (of which there are many), there is no paid vacation time, no paid sick time, no health benefits, no retirement plan, and skipping several days of sleep in order to meet a deadline seems to come with the territory.

UTC: Whose other artist’s artwork do you wish you could emulate?

Daniel: Oh, there are far too many to name. But some of my favorite artists (who seem to have surprisingly little similarities to my work) are Jean ‘Moebius’ Giraud, William Bouguereau, Jean-Leon Gerome, Paul Pope, J.C. Leyendecker, and Michael Whelan.

UTC:Thank you so much for stopping by today and sharing with us Daniel.  Now if you want to know more about his art and find out more about his covers:
Website
Blog
Store 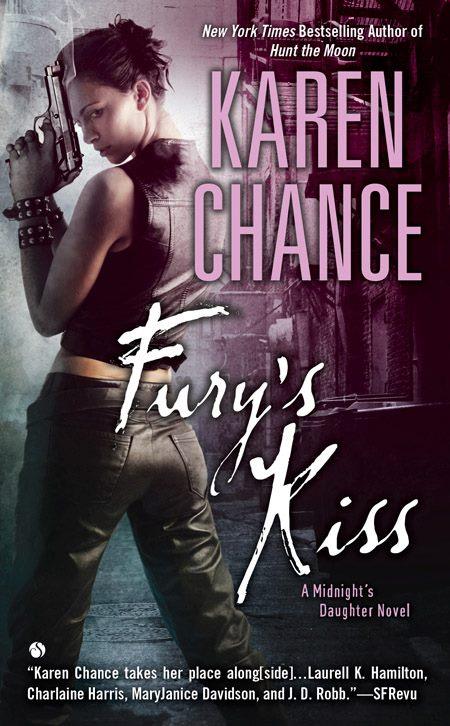 I love Cam as Bran! So perfect!!! Just what I had in my head.
And amazing that Daniel can do a painting of that quality so quickly! Love his work!

I had a hard time reading past Eric Dane…gawd I love that man.

Excellent post, I love the idea and the covers!

What a fabulous cast you put together. Wow did you put work into that!!! Really spectacular.

Mercy has some of the best covers out there. Thanks for the interview.
I was curious why she is always painted with so much ink when she really doesn’t have that many tats though.

I think your character choices are just right for this series! I just love this series so much and just love Adam! Though I have to say that I agree with DiDi – Eric Dane is super easy on the eyes:)

Great post – love finding out about the person behind the covers!

The covers are excellent and the character descriptions and pictures are great. I have to admit that I don’t have a clue about this series. ***hangs head in shame*** I will correct that.

I absolutely love the covers!!!!

I enjoyed the character breakdown!!! I can’t wait to read the Mercy Thompson series!!! The characters sound very intriguing!!! 🙂 The covers are awesome!!!

I have not read this series yet *hangs head in shame* I would love to though. I love the character breakdown and I love Cam and Eric.

It is always nice to find out about the person that does that covers. They are so important in a romance and I don’t think they get near enough attention.

I love Daniel Dos Santos’s covers for the Mercy Thompson and Alpha & Omega series, but the White Trash Zombie covers are AWESOME! I just saw the cover the other day for Even White Trash Zombies Get the Blues, and it’s amazing. Love it!

Amazing work! I love knowing who does the wonderful artwork. This is one of my all time favorite series. 🙂

Thanks for introducing the man behind the covers. I love’d that interview. And can you say drool worthy cast.

WOW. I have thought of and seen many visual characterizations of these guys, but you nailed every single one! Brilliant choices!! Wonder where I could get a poster with all these on it?

Some of the actor picks are pretty cool, also great interview!

I’ve meant to read this series already, but I haven’t yet. Thank you for the chance to win! DeAnna Schultz

What fun series character choices you put together! I really like the choices for Mercy and Bran. Sam Neill is an interesting choice for Zee.

Thanks for the giveaway opportunity.

***whispering*** I have not read this series yet. Will be adding to my to buy list. Sounds like an awesome series. Liked your character choices. Enjoyed reading about the cover artist Daniel.

I havent yet read this series ** bad I know ** I have them in my tbr pile !! great interview !! and the cast looks great that you have posted ! Ive heard its a must read series !

thanks for the wonderful giveaway !

Love who was picked as all of these, ESPECIALLY Michelle Rodriguez. Perfect!

Some great pics there, the artwork is amazing. Really love the character choices for Bran, Samual and Stefan.
Nice work!

Really awesome and amazing work and I truly find it astonishing and can’t help but want to see more of Daniel’s work.

I can’t wait to start her books!