You have just entered the danger zone where sinners sing and demons reign. In tonight’s showdown, we have two heavy-hitting paranormal romance authors Gena Showalter and Larissa Ione. This exclusive showdown is a one-time only event, between the most lethal and darkly sensual demons you will ever meet in paranormal romance.  Soon, we will find out who reigns supreme in Under the Covers’ DEMON FIGHT CLUB.

Most likely to bring you breakfast in bed

Lucien: Yeah, I’m romantic like that. Bonus: no poison!
Lore: I’ll give this to Lucien. I don’t do breakfast in bed. Bed is for…other things. Bonus: no crumbs!

And the winner is: Lucien with 58% of the votes!

Most likely to be on the cover of GQ

Paris: Are we allowed to do full frontal?
Eidolon: Hi. I’m a surgeon. Do I really need to say more?

And the winner is: Eidolon with 55% of the votes!

I would turn bi for…

Most likely to gut you where you stand

And the winner is: Shade with 57% of the votes!

And the winner is: Wraith with 75% of the votes!

Special thank you goes out to Larissa Ione and Gena Showalter for participating and giving us these great answers. 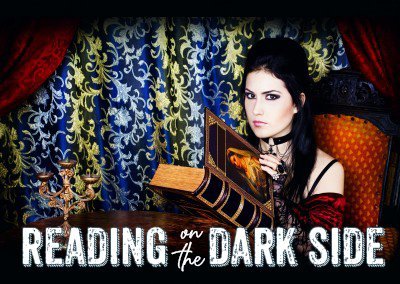 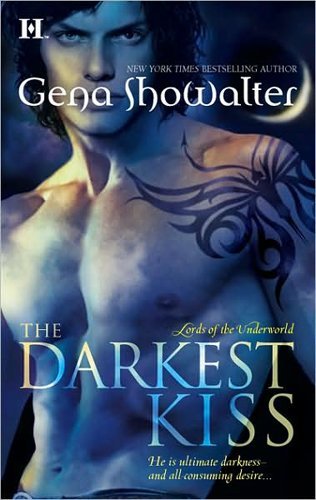 Loved your polls….. I absolutely adore and crave Larissa Ione’s books….It was very difficult to decide which series I like the best but I do have to say almost all of my answers went to the Demonica Series they were and are still my first love….Don’t get me wrong I LOVE LOTU as well but Demonica just has that zing to it that I just can’t get enough of…..Larissa please, please, please write more DEMONICA…

I would have to go Demonica all the way! Love that series and Wraith is probably my favorite sexy character of all time!

It would be a hard choice. The guys in both worlds are cool and hot. Great post.

That was HARD!! I actually felt guilty casting votes. These two series are among my very favorites and to pick between them was tough. I think I split it down the middle.

That was fun but hard too as I love both authors and their characters. sigh………. LOL 🙂

So much fun, thanks. I so love Wraith 🙂
vsloboda(at)gmail(dot)com

Thanks for a great giveaway! I’ve only read the first book in the Demonica Series and none in the Lords of the Underworld 🙁 So I didn’t vote b/c I don’t know the characters well enough.

Woo Hoo I’d love to win the bag with swag!!!
I have to go Demonica, I have been collecting Gena’s books but haven’t read any of them yet.
Z

Demonica all the way!

That was a tough poll. These are both great series.

Thanks for the fun vote and for the giveaway opportunity.

I enjoyed picking my favorites, thanks for the game.

That was some tough choices.

I enjoyed that! I love both series soo much but I decided to pick according to characters rather than the series overall! This made me laugh soo much.

[…] case you want more demon goodness, check out our ultimate demon fight club: Lords of the Underworld vs Demonica ** [old […]