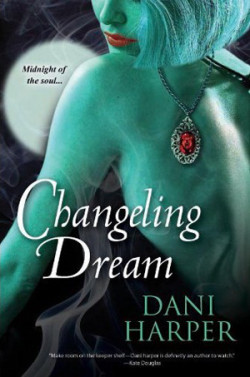 The Macleod family thought they had lost a brother after a werewolf hater human had killed his wife and injured him.  After that, James never came back to his human form.  The wolf took over and it’s been decades since the human has been in control.

But when Connor decides that he needs help at his clinic and hires Jillian as a veterinary, James, human and wolf, are smitten.

Turns out, this is not the first time James ran into Jillian.  He saved her life years ago from an attack and that white wolf has been an important part of Jillian’s memories ever since.

The slow change in James was so sweet.  He can’t seem to stay away from Jillian even when he comes across as strange.  These two definitely have some sparks flying from the beginning.  And with those mesmerizing blue eyes, he had me swooning too.

Turns out there are still people that hate werewolves in town, and a blast from the past might come haunt James again.  But he won’t be alone now and Jillian won’t give up so easily.

Cute, sweet and sexy paranormal with a touch of suspense.  Can’t wait for Changeling Dawn!

Dani Harper is a newspaper editor turned paranormal author. There isn’t anything she likes better than exploring the supernatural — unless it’s writing sizzling and suspenseful romance. Of course, all of her stories have at least one foot in the netherworld!

Dani is the author of the Changeling series. CHANGELING MOON was chosen as a 2012 RITA Award Finalist in the Paranormal Romance Category by Romance Writers of America.

Hope you enjoy it!

I like the changling world and the family together thing. This one looks like it will be a nice addition to the first one with all the past pain James needs to work through.

I recently finished this book and loved it. I liked the changeling premise and the story was entertaining. Thank you for sharing your review today 🙂

I have this sseries on the TBR list.It sounds so good.Great review.

Thanks for your review. I can’t wait to read the Changeling series.
Carol L
Lucky4750 (at) aol (dot) com

I’ve been dying to read this ever since I read Changeling Moon! 😉