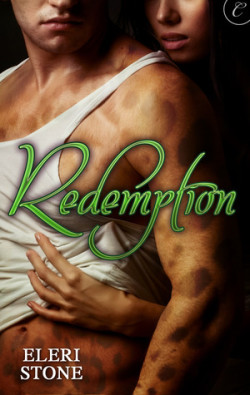 I started out wanting to like this book. Hot and mysterious shifter in the middle of the Amazon falls in love with archaeologist there on assignment. She doesn’t have a lot of self esteem and can’t believe he has any real interest in her. The plot with a bit of Indiana Jones feel. Should be good, right?Well, I was interested only at the beginning of the book. The book starts off with a fire caused by Adriano’s own people. A setup. He gets blamed for the deaths of a bunch of people and is exiled. Now he wants to buy his way back, and the only way to do that is finding this artifact.

He is looking for it at the same time as he is “working” as a security guard at an archaeology research site, where he meets Sophie. Of course she’s human, and he shouldn’t feel any attraction to a human. But he can’t stay away from her. Animal magnetism? Pretty much.

Now after they end up going on this kind of magical trip to save themselves and find the artifact, the book loses me. It got a bit too far-fetched and I couldn’t find the interest in either the outcome of the story, or the characters.

The sex? Yeah, that was pretty good. But I’d rather have a bit something more than just that. Overall I’d say I was a bit disappointed.